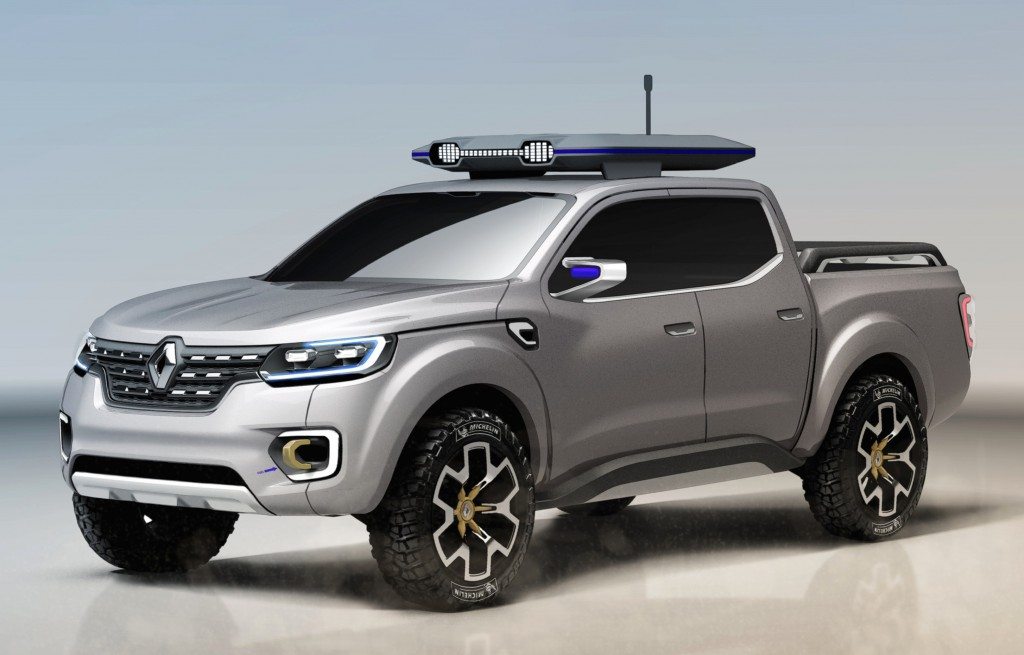 Renault has revealed its ALASKAN Concept, which previews a forthcoming one-tonne pick-up model that’ll be unveiled in the first half of 2016. According to Renault, the ALASKAN Concept is a ‘work hard, play hard’ all-road vehicle designed to meet the requirements of three different worlds: business and leisure use, plus everyday motoring.

While it looks like a traditional pick-up, the ALASKAN Concept imbibes signature Renault styling cues which include a large, prominent logo, a bonnet highlighted by four sculptured ribs, C-shaped head lights, and full-LED lighting signature. The familiar style is a nod to the Kadjar and the Captur cross-over models. 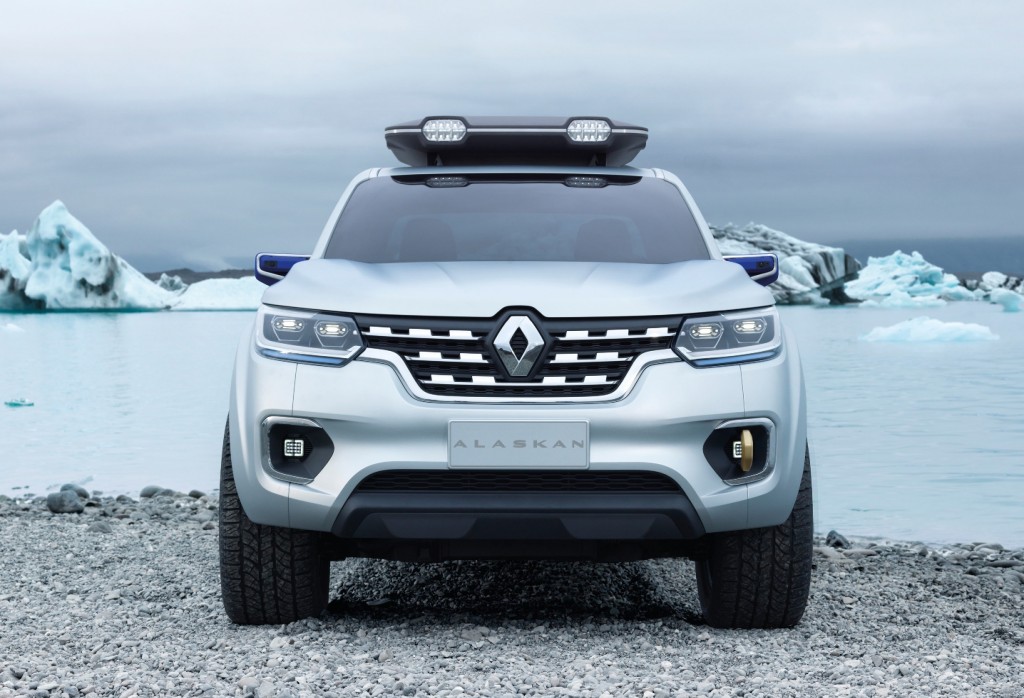 The Alaskan Concept dons a combination of satin-effect, brushed and polished metal finishes, along with blue and yellow detailing on the door mirrors, brake calipers, wheel rim centres and front tow hook. The sculpted sides includes prominent wheel arches filled with 21-inch wheels, while the rear-end styling is highlighted by the central aluminium exhaust tail pipe, along with LED rear lights with brushed and polished aluminium surrounds framed by C-shape direction indicators.

Laurens van den Acker, Senior Vice-President, Corporate Design, commented: “The styling of the ALASKAN Concept sticks to the rules of the pick-up segment, including impressive dimensions and a visual sense of power and robustness. At the same time, we have dialed in specific Renault cues in the form of an attractive, status-enhancing front-end design.” 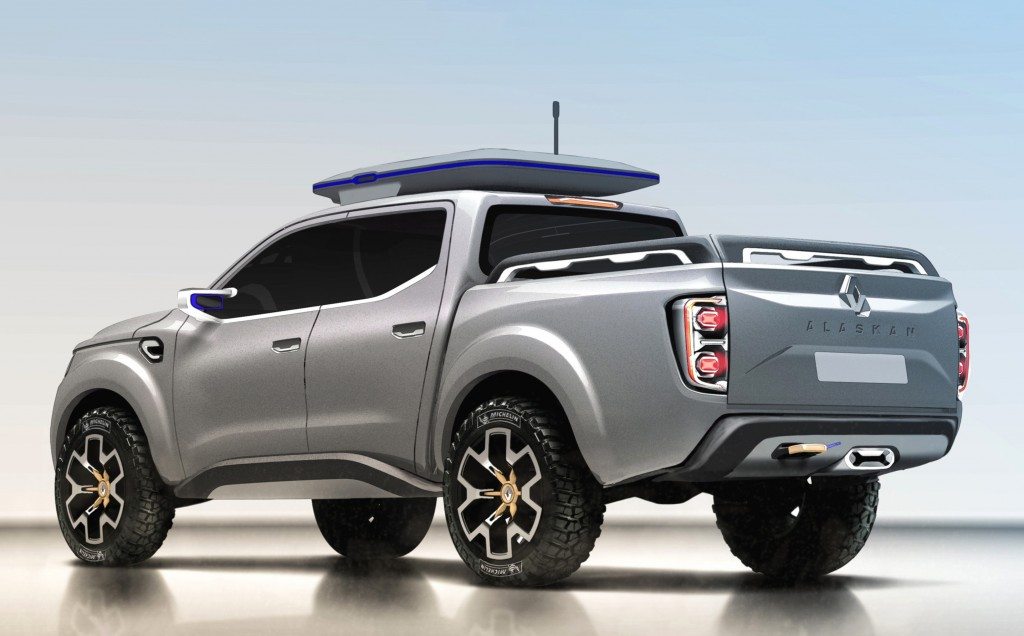 The ALASKAN Concept is powered by Renault’s four-cylinder, twin turbo diesel engine which is longitudinally-mounted and features in the existing Master range of engines. The Alaskan has payload of more than one tonne with five passengers onboard and a long, wide load bed that can comfortably accommodate mountain bikes, camping gear or surfboards, etc. It will also provide of a range of outdoor accessories (load bed liners, covers, etc.).

A one-tonne pick-up, production version of the ALASKAN Concept will follow, whose design will be similar in spirit to that of the ALASKAN Concept and will feature the same dimensions, accompanied by a broad range of body types and power-trains. It will capitalize on Renault’s crossover know-how with models like Captur and Kadjar.