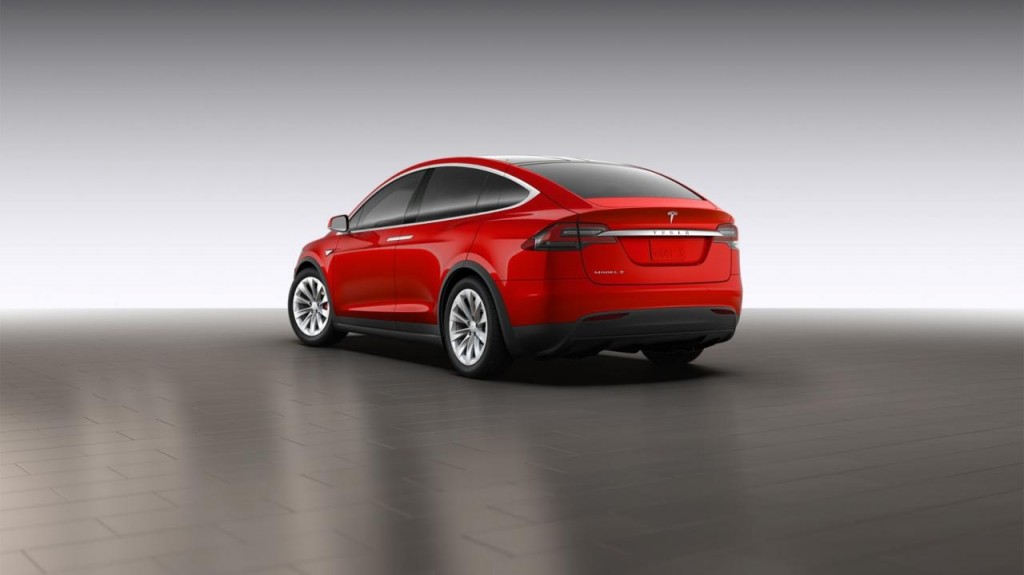 Official images of the highly anticipated Tesla Model X, the all-electric crossover from the Elon Musk led firm have been leaked, along with some preliminary details. Deliveries will begin from September 29, with a price tag north of $100,000 ($132,000 for the limited edition, Signature Series models).

A limited run of copies from the initial batch will be called the Signature Series, and entry to the club is via invitation only. Tesla has also launched an online design studio, strictly for the invited customers, who’ve already dropped $40,000, to configure their limited edition Model X as per individual tastes. But one fine Norwegian customer shared a few screenshots for all to see; and that’s how these images and details got leaked.

The Model X P90D will have a standard 90-kWh drive-line set-up, which will send 259 hp to the front axle and 503 hp to the rear, and provide a range of 240 miles.  Performance credentials include a zero to 100 kph sprint time of just 3.8 seconds, and a top speed of 155 mph. Like the Model S, Tesla will also offer the Ludicrous Mode upgrade on the Model X, a $1 0,000 option that drops the 0-100 kph sprint time to 3.2 seconds – some serious hustle for a crossover with seven seats, making it the fastest utility vehicle in the world.

The limited-edition Signature Series Model X will feature Autopilot semi-autonomous cruise control, a Premium Interior Package, distinctive Falcon Wing rear doors with built-in sensors for opening in garages of any height, Smart Air Suspension with GPS memory, and an Ultra High Fidelity sound system. The regular models, deliveries of which will commence in early 2016, will be cheaper by around $25,000, and come with folding third-row seats inside.  The Model X will provide an eight-year battery warranty with unlimited mileage, and free charging on Tesla’s Supercharger network.