The Red Bull duo is doing great in F1. And history tells whenever someone performs well in F1, a bigger team lures the drivers to join them. For the lesser mortals, Red Bull team consists of two highly talented drivers, German Sebastian Vettel and Australian Mark Webber. There are speculations in F1 that they may go to Ferrari soon. 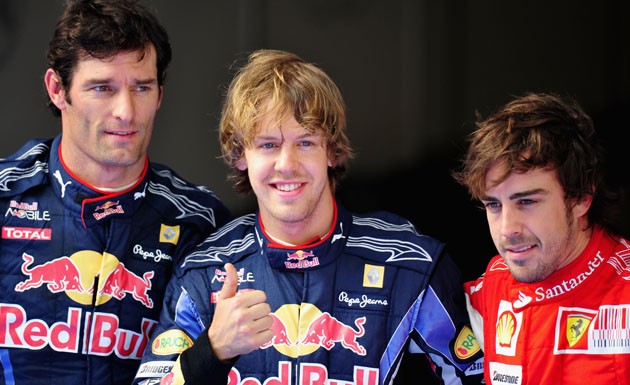 First lets have a look at the German’s chances. German driver and Ferrari sound familiar. Doesn’t it.
Vettel has been a good driver since he joined F1. Be it BMW, Torro Rosso or Red Bull, he has been good. And the youngest too! There is one more thing special about him and that is-he is considered to be one of Bernie Ecclestone’s favourite.  Isnt this the best recipe for getting a berth in a team like Ferrari. But As Vettel is on a long-term contract with RedBull,  his fans who wanted to see him driving the red car around the tracks will have to wait for some time now.So Vettel isnt donning red race-suit anytime soon. “I am very happy with Red Bull, I am not going anywhere else, but in the future, I don’t know. I want to fight for the world championship, and if you look at the past, Ferrari has always designed very competitive cars. Why not go there in a few years? Ferrari is unlike any other team, it’s a legend. There are other brands that achieve great success, but Ferrari is special.” he told El Pais, a newspaper.

On the other hand, his team mate Mark Webber has a better chance to make it to Ferrari this time. He is performing well in this season and his win at Monaco GP makes things better for him. His contract wasnt a long-term one, which means he can go ahead and join the Prancing Horse in 2011.
Red Bull’s chief Christian Horner might want the Aussie to drive for Red Bull the next season too. But as Autoblog quotes ‘contracts in F1 aren’t worth what they once were.’ 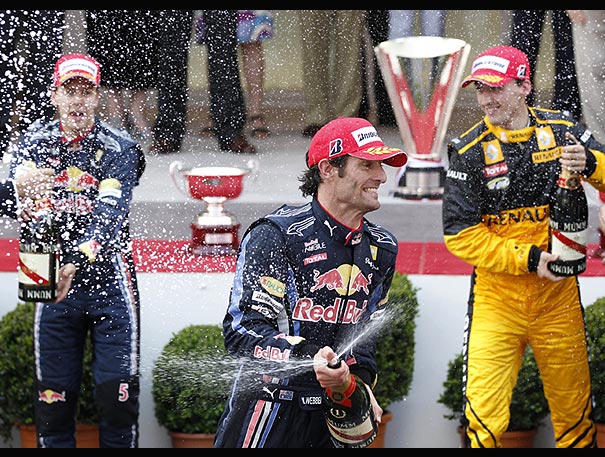 Ferrari is a bit unhappy with Massa’s performance this season. All these speculations are a result of that only. And there is another driver Ferrari might consider-Robert Kubica, but Renault Chief is confident of Kubica staying with them for the 2011 season too. And there was an earlier rumour of Rossi coming to Ferrari too. Confused? Better wait till someone makes an official announcement.

Till then let Webber and Vettel enjoy the wings Red Bull has given them and enjoy the 2010 season as F1 seems to have regained its lost magic.