Most of us love Porsches (except the guys who follow the Brit TV show though!!!). The Stuttgart made cars are one of the best handling cars in the world. They have done it all from winning races to winning hearts. From giving its competetors nightmares to being pin-up stars. 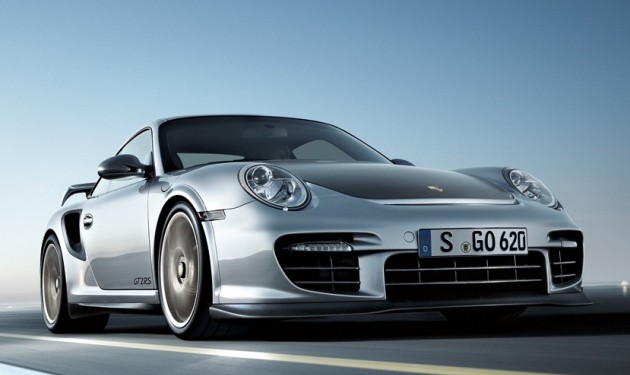 India has been a good market for them. Things get even better as the brand launches the most powerful production 911, the GT2 RS in India. The car is powered by a twin turbo 6-pot boxer engine. The 3.6L engine generates  620 horses good enough to propel the car to 100kmph from standstill in 3.5s. The rear wheels get this enormous power via a six speed manual ‘box having gear ratios specially tailored for the track. It has Ceramic Brakes (PPCB in Porsche lingo), RS suspension tune with Porsche Adaptive Suspension Management and Porsche Stability Management. The stability management and traction control system can be turned off individually. There has been extensive use of carbon fibre which makes the car 152 lbs lighter than the one it replaces. This makes it the best power-to-weight ratio car in its class. And a Nurburgring lap time of just 7m 18s explains the car’s traits. Only 500 models will be sold worldwide and to get one here, you will have to shell out Rs. 1.5 crores. It is the last car from the current 911 series as it gets a make-over in 2012.

Bewitching? Indeed.
Better rush to the nearest Porsche dealer before the Zuffenhausen headquarters recieves bookings for all its 500 models.