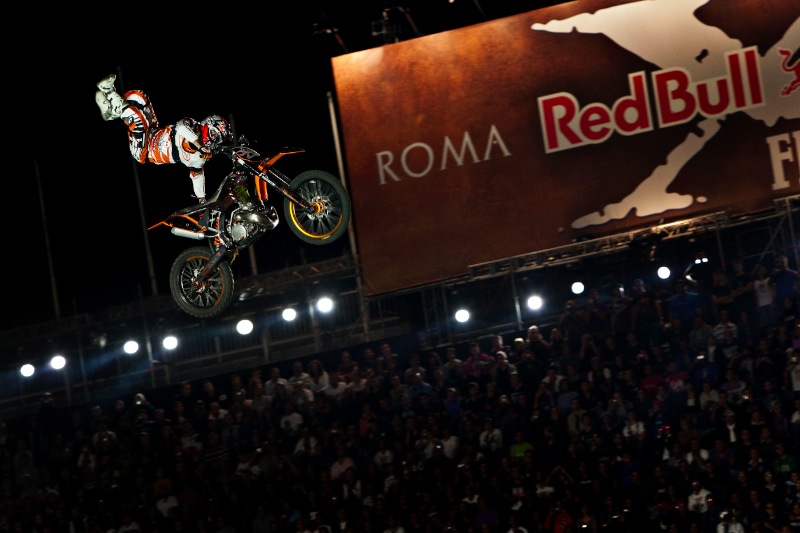 The Red Bull X-Fighter World Tour 2010, took the 12 best freestyle motocross gladiators on the planet to spectacular locations across three continents, where they were fired on live by a total of 169,000 fans. The freestyle riders, were pitted against each other, in huge bull fighting arena in Mexico City, in front of the Great Sphinx of Giza, in Moscow’s red Square, in Madrid’s bull fighting ring, in front of the Battersea Power Station in London; and finally in the season finale held in Rome’s Stadio Flaminio.

It was the Spanish rider Dany Torres who sailed victory, in the final blow out, defeating Adam Jones (USA) in a thrilling final. In the overall standings, Nate Adams (USA) managed to secure back-to-back titles in the world’s most respected freestyle motocross tour with a strong third place finish in the eternal city. “I love Italy!”, screamed an ecstatic Torres into the microphone after impressing both judges and crowd alike with his huge bag of tricks in the final round. His opponent, Adam Jones, was forced to admit that the Spaniard had deserved the win in Rome: “Dany didn’t make a single mistake. I messed up in the final round. He deserved the victory here tonight.”