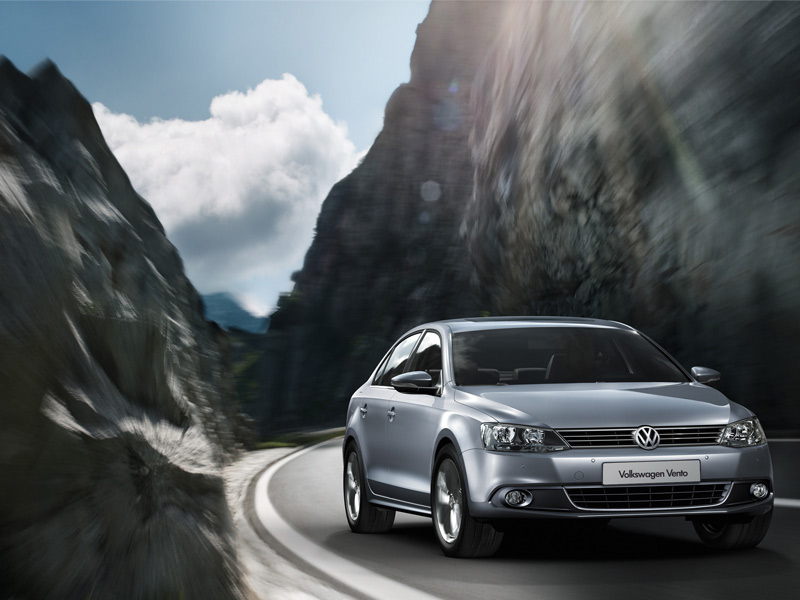 VW’s Vento may be a well-engineered and handsome looking car, but it clearly lacks some of  the tech savvy features which the new Verna and the Fiesta have. But you would be surprised to know that the Vento is sold in much more powerful, and more tech savvy options internationally. This one, we have featured here, is manufactured in Mexico and comes with powerful engine options. First is a 2.5 liter turbo diesel which dishes out 170bhp, good enough to keep the likes of the Skoda Laura’s TSI at bay. The engine is also available in an even more powerful 200bhp guise. Now that much power in the Vento on the Indian roads would make it a diesel missile of sorts. There is a ‘less powerful’ 2.0-liter diesel engine available too with a modest power output ranging upto 140hp.

Apart from the engines, the interiors feature great amenities too. The insides are as luxurious as a Passat and comes with host of features like the leather upholstery, steering mounted controls, touch screen, curtain airbags, sunroof, cruise control the top end Sportline comes with start stop button and 17 inch alloys.

Even on the exterior it follows the same design concept which is seen on the BlueMotion Passat and the upcoming Jetta which was spotted by our team in New Bombay lately doing test rounds, the 2011 Jetta is expected in Diwali or before. It won’t be a bad idea for VW launch this more stylish looking version of the Vento as it looks more upmarket and lively than the straight looking current Vento, especially in the light of new competition thrown in by the new Fiesta and Verna.