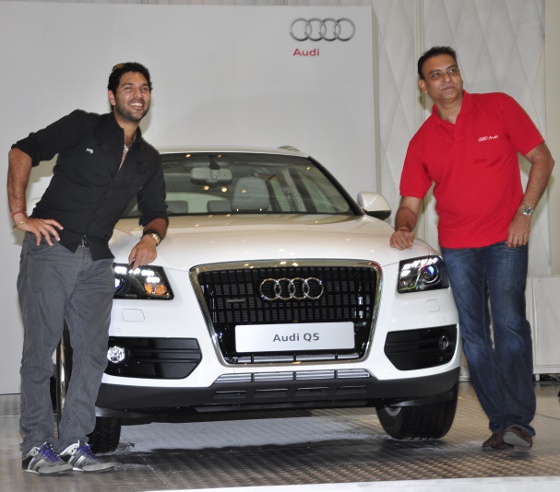 We reported earlier that Post World Cup Win Yuvraj Singh will get an Audi From Audi India as they wanted to retain their tradition, like Ravi Shastri got the Audi 100 for being the Man of the Tournament at the 1985 World Championship.

Audi India Yesterday ended the speculation of which car Yuvi will get by gifting him the charming Audi Q5. Former Indian cricketer Ravi Shastri and Audi India chief did the honors of presenting the keys of the Q5 to Yuvi.

Audi Chief Micheal said that he would like to congratulate Yuvraj on being declared the Man of the Tournament at the World Cup 2011 and appreciated his performance on the cricket field. While Yuvraj who is more than happy with the chic new SUV said “It is after 28 years India brings the World Cup home. It is an honour to be chosen and felicitated by Audi as they continue their tradition”.