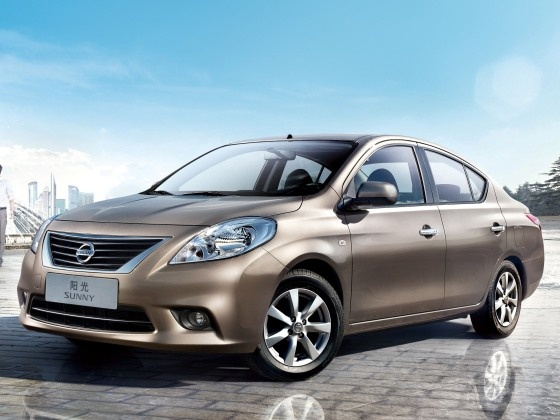 Global Sedan aka Sunny by 2011

After the Nissan Sunny or the Global Sedan been repeatedly been spotted in the country, Today to Kiminobu Tokuyama, Nissan Motor India Managing Director and CEO, confirmed the news that the global sedan aka Nissan Sunny will be in the market this year. Nissan not only plans one but two cars one of which is the global sedan while the other car is the car the nation is waiting for, a perfect competition to the Toyota camps hot seller Innova. Till now we have had no perfect combination apart from the M&M Scorpio to take over the Innova. As diamond cuts diamond, the Japanese Nissan will prove to be a competition to the Japanese Toyota.

We have already speculated the engine options for the Sunny which will be powered by two engine options in India. There will be one 1.5-litre four cylinder petrol engine, producing around 100bhp of peak power. Then there will be the 1.5-litre dCI which powers the Logan as well as the Nissan Micra diesel. Reasonably powerful and very torquey, this diesel mill is very fuel efficient too.

The Global Sedan aka Sunny can be a real game changer if Nissan prices it well. It can prove to be a pain in the back for many sedans in the entry level and can be Nissans answer to Toyota Etios, VW Vento, Ford Fiesta, Fiat Linea, & Tata Manza.