Due to the increase in input rates and change in currency rates, manufacturers like Mercedes Benz, Mahindra, Nissan, and Maruti have increased the prices across their product range. Isuzu Motors India Private Limited (IMI), is a subsidiary of Isuzu Motors Limited, Japan. It was established in August 2012 and headquartered in Chennai. The company sells the popular ISUZU D-MAX V-Cross which is an Adventure Utility Vehicle and the ISUZU mu-X which is a 7-seater SUV. Now Isuzu Motors India announced an increase in the prices of its D-MAX pick-up. Starting 1st September 2018, the price increase is expected to be between 2 & 3%. The commercial model will see an increase of about Rs 20,000/-, while the price of the lifestyle pick-up will be increased by about Rs 50,000/-. 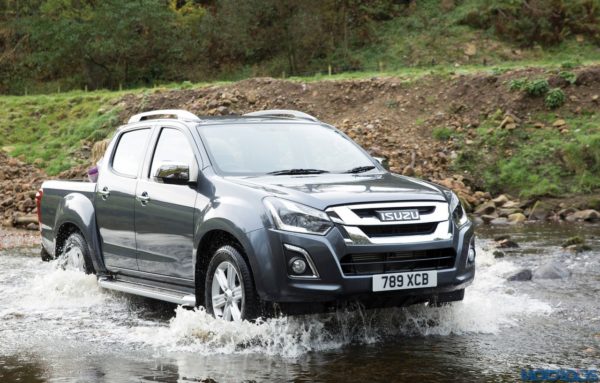 The Isuzu D-MAX V- Cross makes 134 bhp of power and 320 Nm of torque from a 2499 cc, inline-4 diesel engine. The D-MAX V-Cross comes in a Standard and a High variant, unlike it’s elder sibling the D-MAX is primarily a lifestyle pick-up vehicle. The Isuzu MU-X, on the other hand, is an SUV rivaling the like of the Toyota Fortuner, Ford Endeavour, and the Mitsubishi Pajero Sport. Making a commendable 174 bhp of power and 380 Nm of torque, the MUX is available in a 4×2 and 4×4 variants. Isuzu manufactures these products at its new manufacturing plant in Sri City. It’s spread over an area of 107 acres in the state of Andhra Pradesh, and the company began its manufacturing operations in April 2016.