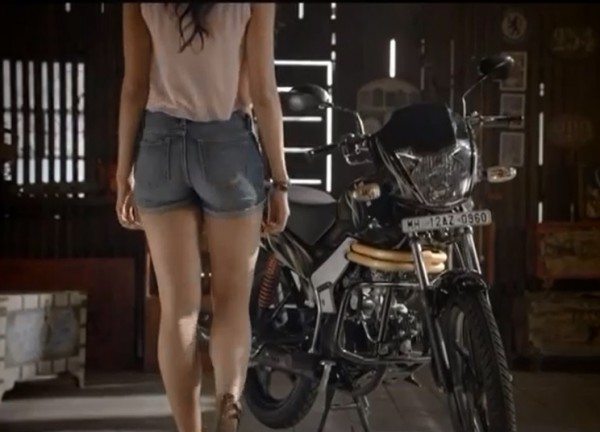 The Mahindra Centuro is easily the most successful product to have ever come from the Mahindra Two Wheelers Ltd. CLICK HERE for our Mahindra Centuro review. The new Mahindra Centuro is powered by Mahindra’s MCi-5 (Micro Chip ignited-5 curve) engine that has a power output of 8.5 BHP @ 7500 rpm, 8.5 Nm of peak torque @ 5500 rpm and a mileage of 85.4 kmpl (ARAI). While this engine certainly is a smooth performer that bestows the motorcycle with a decent performance, it is the features list of the Centuro that is the talking point of this bike. Among many new features that the Centuro has, the most interesting is its ‘car-like’ remote key, which not just flips open like the keys of some high end cars, but also has an alarm feature that comes into action when the ignition is forced to turn on using a ‘master’ key.

In this latest Mahindra Centuro TVC, this very feature is highlighted by showing a really pretty girl trying to start the bike with a false key. This triggers the alarm and the owner, a hunk who seems so much in love with his steed that he completely ignores the lass, turns off the alarm using his remote key, flips it open, and zooms away on the Centuro. Oh and did we mention that while the biker makes it a point to wear a helmet, he is seen riding without even a shirt! Interesting indeed!

What do you have to say about this Mahindra Centuro TVC? Do share your views by commenting below.