The Budh International Circuit is the only FIA-approved race track in our country. It hosted the F1 races for three seasons as well but has never hosted any international race since 2014. Despite that, the track is still very well maintained and is a place where many enthusiasts take their own vehicles to have some fun. Apart from that, the track also hosts various other races and events throughout the year. Given the association with F1, who else would be a better person to set a record on this circuit than our first F1 driver, Narain Karthikeyan to set a record lap around this circuit. His weapon of choice? The race-bred Porsche 911 GT3. He himself owns one of this sensational sports car. 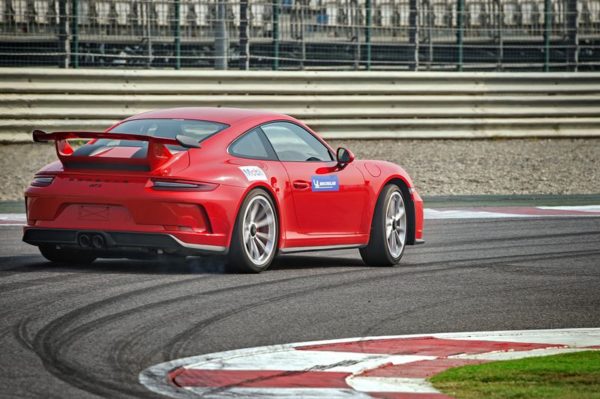 Using all the 500 horses coming out of the 4-litre flat-six engine of the 911 GT3, Karthikeyan finished the did the lap in 2 minutes 7.629 seconds. The Porsche was 2.2 seconds faster than the AMG GT-R which held the record previously. The record lap was done in the early morning hours on the 20th November when the track conditions were optimum. The car achieved a top speed of 262 kmph on the 5.13 km, 16-turn track. The record was officially certified by the Federation of Motor Sports Clubs of India, with the project also supported by Michelin and ExxonMobil. 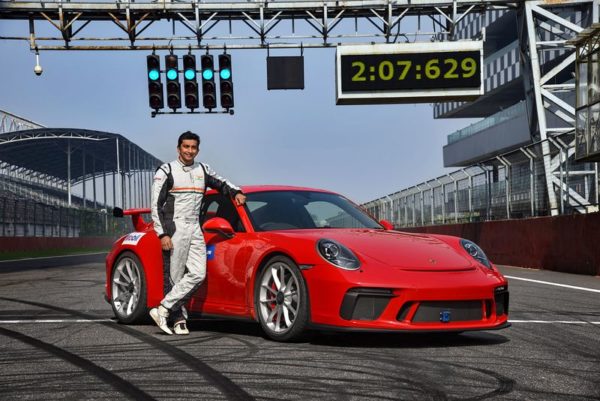 Also Read: VIDEO: Here Is Your Guide to the Porsche 911 Models

Narain Karthikeyan said: “I have been lucky enough to have driven some of the world’s most powerful cars on tracks around the world, and I can truly say that driving the Porsche 911 GT3 today was one of the most exhilarating drives I have had the pleasure of experiencing. To set a record on home soil here at the Buddh International Circuit is really very special to me, and I am honoured to have made history here with Porsche today.” commenting on the record lap. The Porsche 911 Gt3 is priced at INR 2.3 Crore (Ex-Showroom, India) and is one of the more track-oriented cars in the 911 family.