Home News Porsche 918 Spyder to be faster than LaFerrari and P1. Or so Porsche says 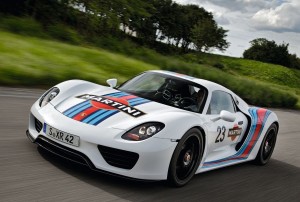 It may be noted that the 918 Spyder has a max power output of 795 hp, which is considerably lesser than the 900hp-plus horsepower of both the Ferrari LaFerrari and the McLaren P1.

The question that everyone has been asking is if Porsche would upgrade the engine power of the 918 to match that of the other two hypercars. Commenting on this, James said, “We don’t need to,” Eastwood told the publication. “Although our car is heavier, its technology makes the car faster on the road and track. In rear-drive cars like our competitors, you still have to do all your braking in a straight line, compromising corner-entry speed. Thanks to the 918’s torque-vectoring and independently-driven front wheels, we can maintain better drive and achieve far higher entry and mid-corner speed.”

He also said that the 918 Spyder weighs 1,700 kilograms and the weight can be brought down to 1,650 kg by using the lightweight Weissach package. Speaking about this package, Eastwood said almost 50 percent of customers have opted for it.

Eastwood didn’t provide any details on the number of 918 Spyder units that will be built. But he said Porsche won’t face any problems selling the 918 units that it intends to make. “We can’t confirm sales numbers, but even though we are producing far more cars than LaFerrari (499) and McLaren P1 (375) we’re not worried about selling 918 examples being a problem. Our last limited-edition supercar – the Carrera GT – sold 1,275 units,” said Eastwood. 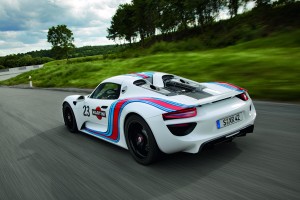