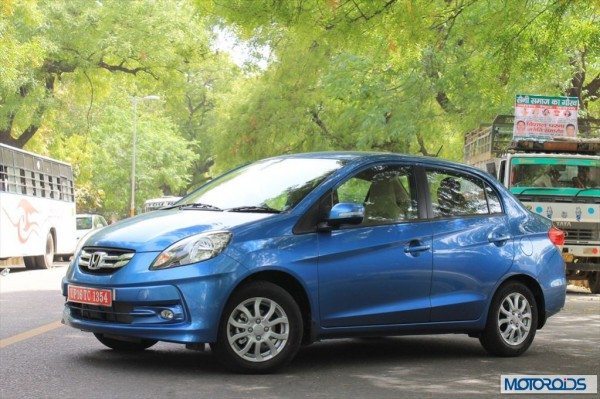 That the Amaze has done a world of good to Honda Cars India isn’t a secret. The Amaze, which was recently launched in India, is the first car from the Indian subsidiary of the Japanese auto giant to offer a diesel power plant. The Amaze is also the smallest sedan to have ever been sold in India with a Honda badge.

In India, the diesel engine that powers the Amaze has class leading power and fuel efficiency figures. With 100PS of power, the Amaze D is not just more powerful than the Dzire’s diesel variant but is also more powerful than many cars from a segment above (read: SX4, Linea).

In India, the Amaze has already bagged more than 22000 bookings soon after its launch and can be easily termed as the new king of lower C segment. Such is the effect of the new Amaze that MSIL has to hastily come up with limited edition variants of Dzire to push the sales.

It has now emerged that the Made In India Honda Amaze will soon be launched in the Nepal.

Lomas Manandhar, divisional manager at Honda Car Showroom, Dhobighat said, “We’re very excited about the launch of this compact sedan in the Nepali market as it has already garnered a huge success in India and also as we have been receiving constant enquires regarding this car. This car is well-received for its better performance and stylish looks.”