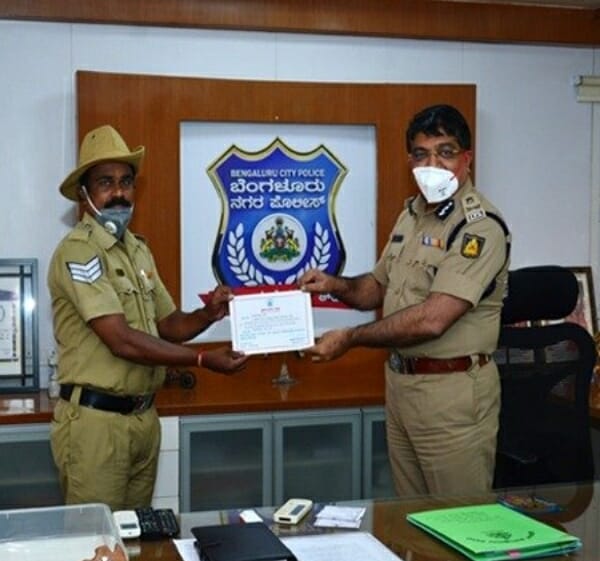 Under the extended lockdown, people are stuck in different cities and are waiting to return home, while many are waiting to get essentials like medicines. Stepping in like a true hero, a police officer from Karnataka has set an example by riding his humble Honda Activa for 860 kilometres to deliver life-saving medicines to a cancer patient.

Also read: Mother Rides A Scooter For 1,400 Kilometres During Lockdown To Bring Her Son Back Home 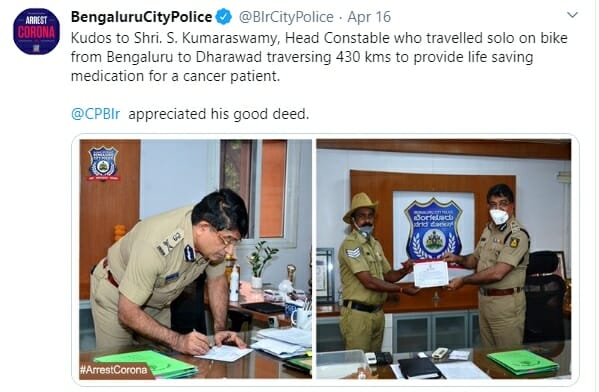 The police officer, S Kumaraswamy is a 47-year old head constable in Bengaluru City Police Control room. He saw the news of a cancer patient named Umesh asking for help to acquire an essential drug. Umesh is suffering from cancer and he appealed to a regional news channel to help him acquire the required medicine. S Kumaraswamy saw the news and rushed to the head office of the regional news channel to know the complete story. He then asked Umesh directly about the medicine and decided to deliver it directly to him. What followed was an 860-kilometre long journey from Bangalore to Dharwad and back.

When he got the information that he needed, he enquired around to locate the medicine at the DS Research Centre in Indiranagar. He fired his Activa and reached the research centre to get the medicine. This lockdown requires special permission granted by the authorities if you have to urgently travel somewhere. He followed the protocol and got the required permission from ACP Ajaykumar Singh. Then began his journey to Dharwad, a city in Karnataka, about 430 km away from Bangalore. In the words of the man himself, he had never been on such an adventurous journey in his 22-year-long career with the police department. He was felicitated by the police officials when he got back. Just goes on to show that all’s not lost and we are still capable of setting the right examples.