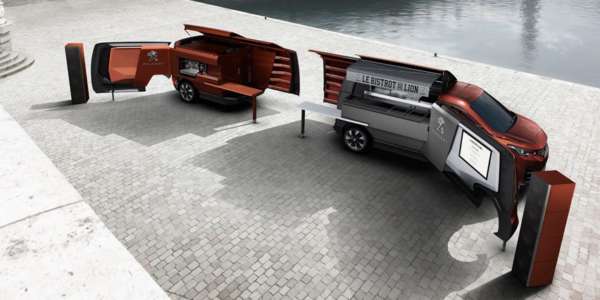 Peugeot has just unveiled a slightly unusual commercial vehicle concept, called Foodtruck that will be showcased during the 2015 Milan Design Week on April 14. Dreamt up and designed by Peugeot Design Lab, the carmaker’s Global Brand Design studio, the Foodtruck is its “unique vision for a roving restaurant” that “caters to the senses to keep customers coming”. 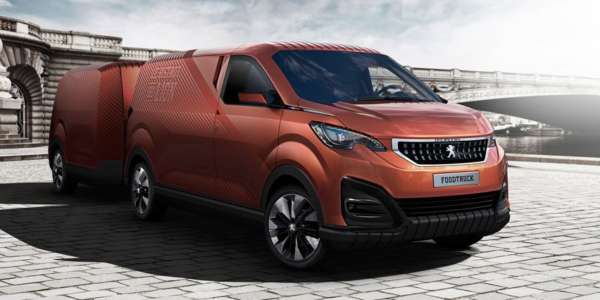 The basic idea behind the Foodtruck is that “once parked, it becomes a food truck unlike any other.” Both the trailer and the van itself can be opened up to reveal a mobile restaurant, which the company has dubbed Le Bistrot du Lion.

The concept’s kitchen was designed by Euromag, a French company that specialises in designing the interiors of food trucks, and complies with all EU health and food safety standards. There are two grille plates, four induction burners, a deep fryer with a ventilation system, a 400 litre under-foot refrigerator for food, a 350L fridge for drinks, and an espresso machine.

Based on the Peugeot Boxer, the Foodtruck can provide food for up to 30 people on standing panels and entertain them with a Focal audio system with a 46-inch TV screen. Peugeot claims that chefs working in its food truck can prepare almost any type of cuisine, thanks to the extensive use of multi-function professional grade cooking appliances. 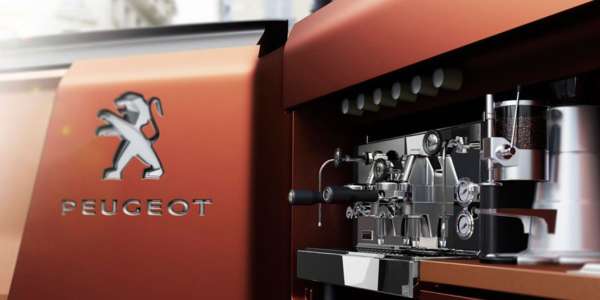 The moveable restaurant will take up residence at Milan Design Week from April 14. It will then head to the French pavilion at the 2015 Milan World’s Fair, which runs from May 1 to October 31. Chef Sven Chartier, who owns the restaurants Saturne and Le Clown Bar in Paris, will be the headline chef when the Peugeot Foodtruck first goes into action in Milan.