Home KTM Okay, so this is what the KTM RC390 would be like 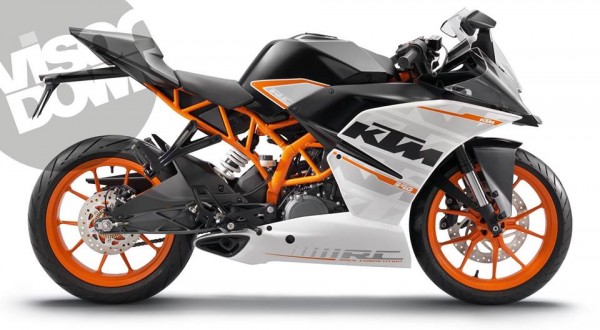 So this is IT! Images and info about the upcoming KTM RC390 sports bike has finally hit the web world. All these details come from KTM Canada website, where these were accidentally published earlier today. It may be noted that the RC390 will make its first public outing at the EICMA show in Milan in November ’13.

Following are the full details (as per KTM Canada website)

The KTM RC 390 has upside-down front fork from WP Suspension. These have a 43 mm outer tube diameter, which is the same as the bigger RC8 R.

While the RC390’s frame is visually similar to that of the Duke sibling, it has been modified to suit the supersport ergonomics and dynamics. The steering head angle has been increased to 66,5 degrees, which results in a shorter trail, shorter wheelbase and increased ground clearance.

The bike gets a 100 percent digital LCD display which has a gear indicator, service reminder information and all the usual stuff you expect from a supersport racing machine. 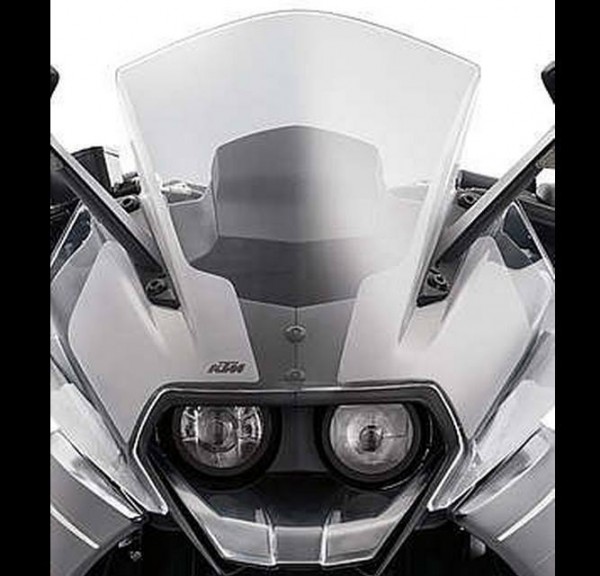 The RC390 gets a advanced design wind shield for wind protection for rider’s chest and arms.

A seat height of 820mm enables the rider to be high enough for sporty use and ‘big-bike’ feeling.

The bike comes with a new steel fuel tank , which has a capacity of 9,5 litres.

The comes equipped with ABS as standard. 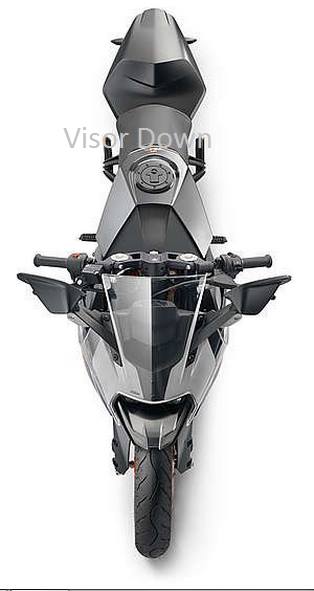 Powering the bike is a state-of-the-art, liquid cooled, single-cylinder, four-stroke 375ccm engine which benefits from twin overhead camshafts, four valves and electronic fuel injection. The motor also boasts of a forged piston, Nikasil-cylinder-coating and forced feed lubrication with power-promoting body-evacuation. The engine has a max power of 43 bhp.

The brakes on the new KTM RC390 have been developed in cooperation with Brembo. Braking duities at front are courtesy a four piston radially bolted caliper in combination with a 300mm single brake disk. At the rear, the bike gets a single piston floating caliper with a single brake disk (230mm diameter).

As mentioned above, ABS comes as standard.

Go to next page for more images and technical specifications