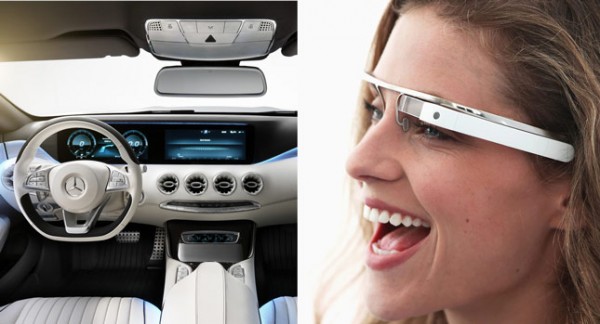 Trust German premium car makers to become the first to adopt new technologies! It has emerged that Mercedes has come up with a new navigation system that is compatible with the recently released Google Glass. This is thanks to a voice-activated interface built into one of the lenses.

Speaking about the latest technology, Johann Jungwirth, head of Mercedes’ North American R&D division, said that Mercedes intends to launch the new Google Glass system as soon as the new technology from Google becomes commercially available. “This is an example of a seamless transition as you stay connected when you get to your car, when you drive, and when you leave your car,” said Jungwirth.

While Jungwirth has refrained from providing more details, Konrad Wessner, general manager of Germany-based market research agency Puls, has said,”Drivers can access the Internet and infotainment applications with less distraction,” he said. “Normally, you must take your eyes off of the road and look at a car console screen, but with Google Glass, your line of vision remains on the road.“

Mercedes does think that the new Google Glass system could distract some drivers and hence, pose safety threats. “We obviously don’t want people using Google Glass when hey drive,” said Jungwirth. However, the car marker is sure it would come up with an efficient solution to this before it launches the new technology.