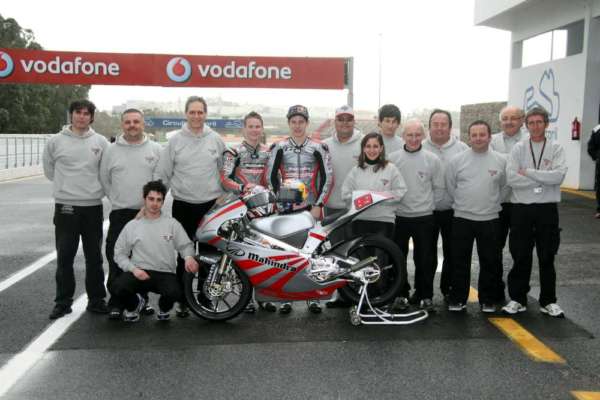 The year 2013 has been a historic one for Mahindra Racing. Competing in the Moto class in the MotoGP World Motorcycle Racing Championship, Mahindra Racing entered the 2013 season with its own new 4-stroke, 250cc motorcycle- the Mahindra MGP3O, developed with Swiss firm Suter Racing Technology AG.

The team made history at the Malaysian Grand Prix, where Oliveira claimed the team’s first-ever podium finish, which was also the first ever podium for an Indian manufacturer in the World Championship. The team finished an impressive third in the Moto3 Constructors’ rankings during the 2013 season.

The team has signed deals with three global racing teams- Ambrogio Racing, CIP Moto3 and Team Italia to supply them with the MGP30. As a result, 8 Mahindra bikes will compete in the Moto3 championship during the 2014 season.

In 2013 CIV (Italian National Motorcycle Racing Championship) season, the team entered the Moto3 (250cc – 4 stroke) class with riders Andrea Locatelli and Michael Rinaldi and wom the Constructors’ Title for the second consecutive year. Locatelli and Rinaldi finished the season in first and second place with 167 and 145 points respectively.

Speaking on the great performance of the team, Mr. Mahindra said-“Being the first Indian company to participate in the world’s most prestigious two-wheeled race series is a matter of great pride. Mahindra motorcycles compete with the best in class and it is an ideal opportunity for us to showcase our strengths in the domains of engineering and technology. MotoGP is the ultimate test for the finest talents in motorcycle racing and an immensely popular championship with a cult following. Our participation will help to enhance the power of global branding for the Mahindra Group.”