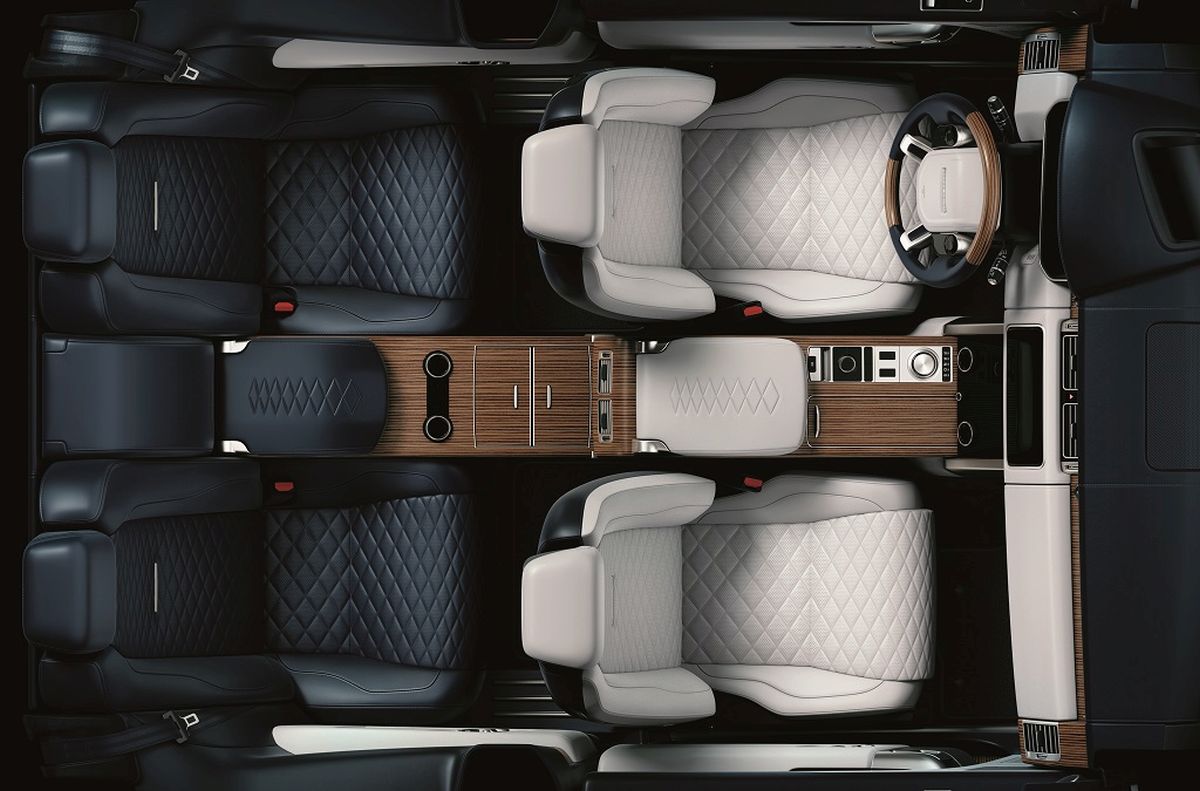 Land Rover has announced the introduction of the world’s first full-size luxury SUV coupé. SV Coupé has been designed to be a celebration of the Range Rover bloodline, with a two-door silhouette which hints at its unique heritage – Range Rover launched as a two-door in 1970 – while being modern. The interior image officially released by the car maker reveals the dual tone interior that illustrates the traditional skills combined with modern technologies that have been utilised throughout the cabin.

Land Rover Design and Special Vehicle Operations have created the Range Rover SV Coupé, which will be hand-assembled at the SV Technical Centre in Ryton-on-Dunsmore in Warwickshire, UK. Production will be limited to no more than 999 vehicles for worldwide distribution.

You’ll have to wait for a white to check out the full range of images and specification details which would be revealed at Land Rover’s official website on March 06, 2018.