Home News Official: Hyosung GT650N will be launched by next month! 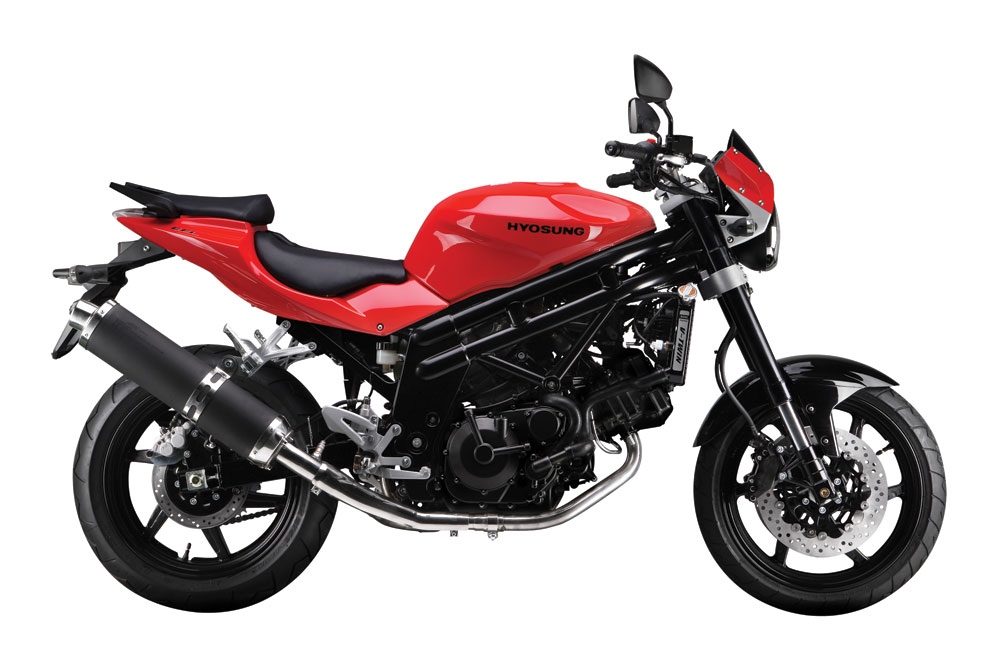 The Hyusong GT650N is the naked version of the GT650R and was recently spotted during its test rounds in Pune. Garware – Hyusong has now confirmed the launch of the 650cc naked motorcycle which will take place by next month. The bike looks more muscular in its naked avatar while still being powered by the same 650cc mill. The 650cc engine produces 72 bhp of power at 9000 rpm and 60 Nm of torque at 7500 rpm.

With a price tag of about Rs 1 lakh less, the company expects this bike to hit good sales figures and is expecting to sell around 1200 units in its first year. At the cheaper price, the bike could be absolute value for money considering its performance. After this, the firm will launch the GT250R in March, 2012 with a price tag of around Rs 2 lakhs.

The firm is also making efforts to maximize its reach across the country with the launch of its 9th showroom in Kochi, Kerala. The firm is optimistic with the expectation to sell at least 30 superbikes in that area by the end of this year.