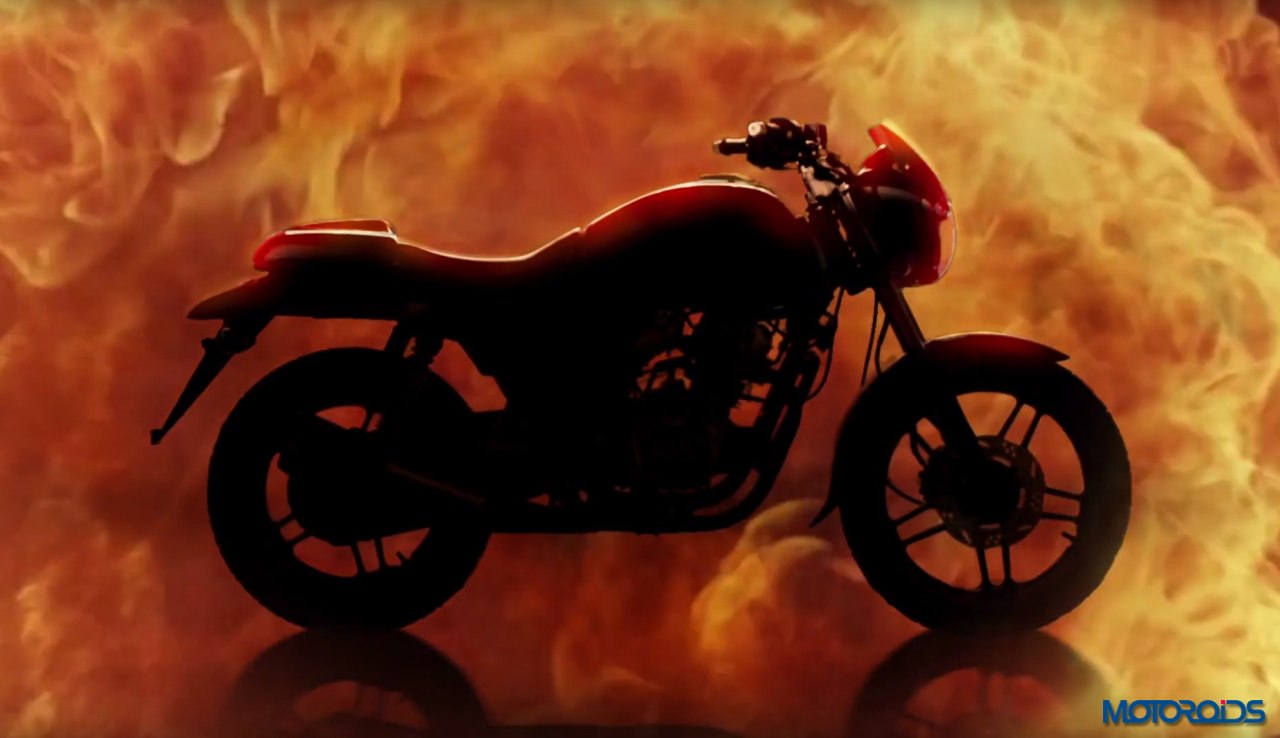 It’s funny Bajaj used the letter X to describe its new executive commuter motorcycle at an event last month. We just though that choosing a letter for a brand was purely for reference’s sake, and could never have imagined that they’re actually going to use another letter, ‘V’ as the name for their new motorcycle brand. Made from the steel of the INS Vikrant, the 1971 Indo-Pak war hero, and India’s longest serving aircraft carrier, the new commuter will try to fill the void between the Discover and Pulsar model ranges. While we have utmost respect for the INS Vikrant and the service it extended to the nation, we really wonder if the steel used from the warship will actually make any difference to the quality or build of the new motorcycle. 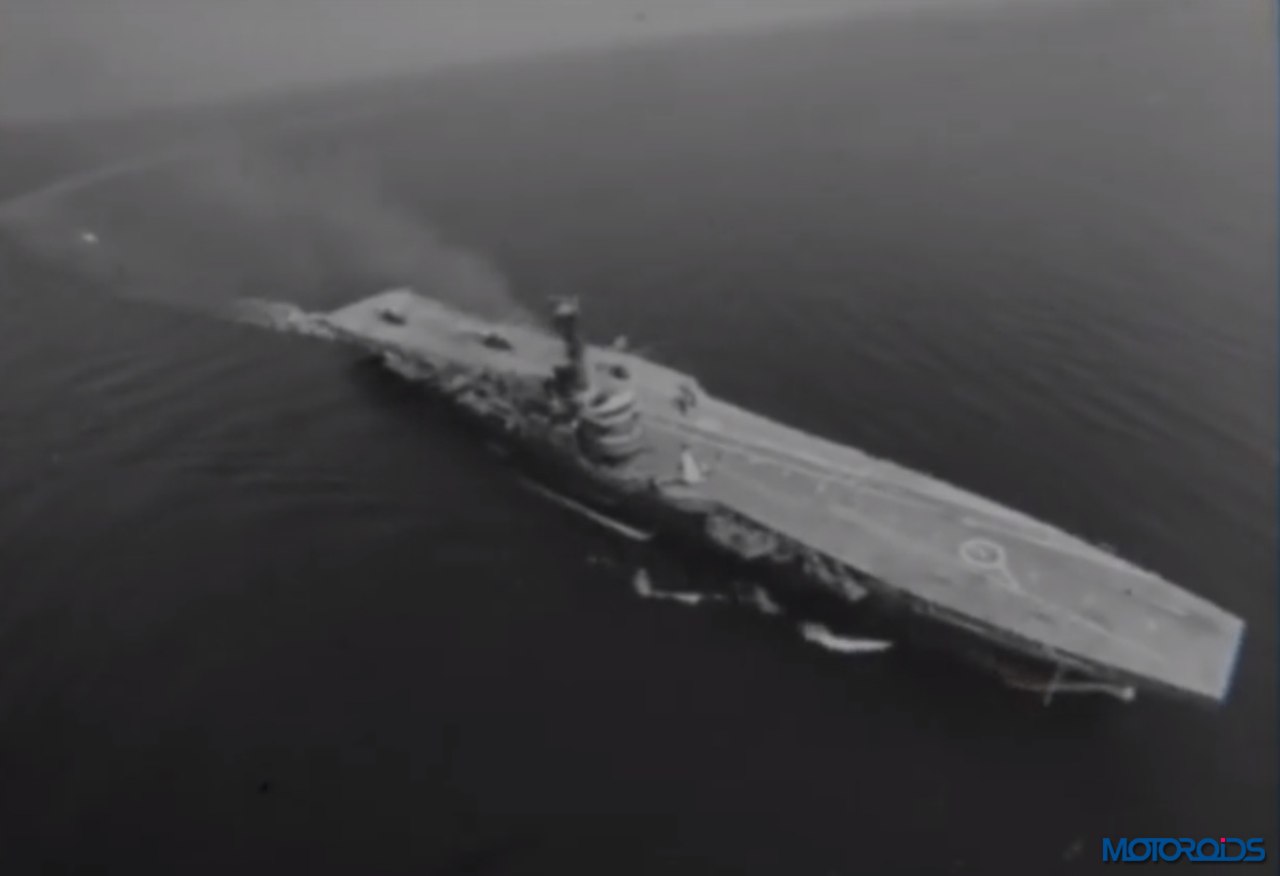 Now since Bajaj have used the legendary ship for their marketing campaign, and tried to associate national sentiment with the brand, it’s important that they make sure that their product is rugged and reliable enough to endure the test of time. Bajaj’s track record in terms of reliability isn’t the most stellar, and if the V brand of motorcycles doesn’t live up to the kind of picture they’re presented to the audience, the whole idea may actually backfire, and create outrage for using the legendary machine’s steel in an average product. They’ve made a big statement, by saying things like “made with the invincible steel of INS Vkrant” and it might be an uphill task to live up to the impeccable legacy of the warrior leviathan. We are however, really hopeful that with the V brand of motorcycles, Bajaj will bring something new and more dependable to the table. 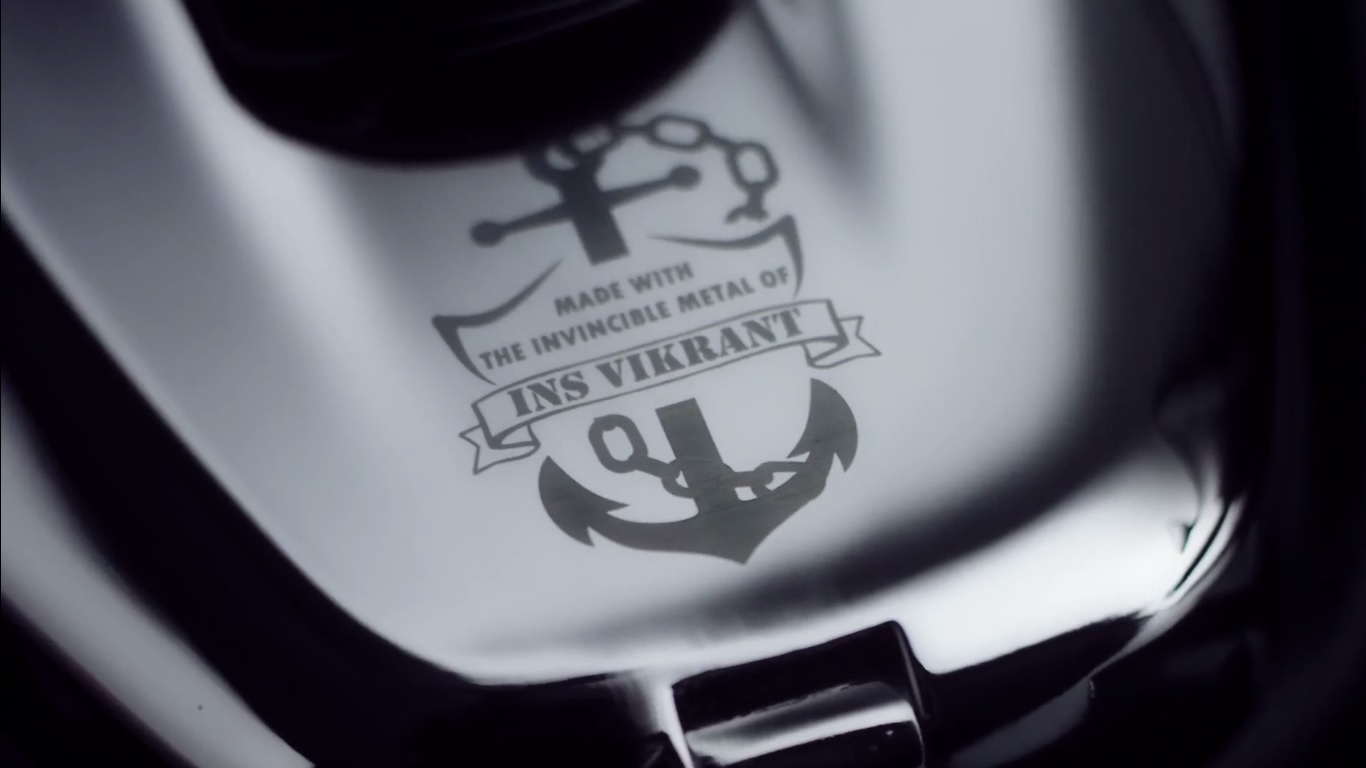 This morning we received an official release of the product. Here it is, for all of you to read and evaluate. Let us know your opinions on the topic.

Pune 27th January 2016: Bajaj Auto will unveil its highly anticipated, new motorcycle brand on Monday, 1st February 2016. This new motorcycle, named “V”,contains the metal of the India’s first and most celebrated aircraft carrier INS Vikrant. The brave legacy of INS Vikrant will now remain alive in lakhs of Indian homes, in the form of “V”.

INS Vikrant was commissioned as the first aircraft carrier of Indian Navy in 1961. After years of distinguished service, she was decommissioned in January 1997 and served as a museum till 2012. In November 2014, India’s most celebrated aircraft carrier was dismantled and sold as scrap metal. Bajaj Auto purchased the Vikrant metal and processed it to be a part of its new brand being unveiled on Feb 1. The new bike will therefore preserve a significant piece of Indian Military history.

Mr. Eric Vas, President (Motorcycle Business), Bajaj Auto Ltd, said “For decades, the INS Vikrant has been celebrated as the pride of our country and is synonymous with Indian military capabilities and power projection. We are proud that Bajaj Auto is playing a role in keeping the legacy of India’s first aircraft carrier alive.”

He further added, “For the warship, the name Vikrant was taken from the Sanskrit word Vikrānta meaning “stepping beyond”, i.e. “courageous” or “bold”.  These qualities also form the essence of our new brand. We are confident that the bike will carry the spirit and legacy of INS Vikrant forward and become one of the most path-breaking motorcycles, that customers will witness this year.”

Bajaj Auto, is India’s largest 2-wheeler exporter with sales in more than 50 countries across the globe. With market leadership in more than 15 countries, Bajaj Auto represents the ability of Indian companies to dominate in global markets.  However, the heart and soul of the company is Indian as is reflected in the phrase “Buland Bharat ki Buland Tasveer – Hamara Bajaj.”