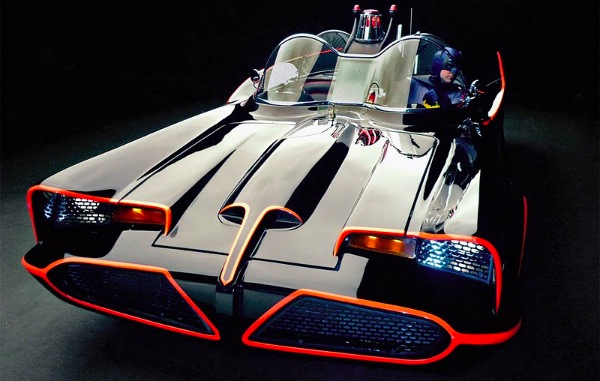 D.C Comics has finally, licensed the 1966 Batmobile for real, full- scale car production which you can drive in all countries where it’s legal to drive a fire- spitting car. Mark Racop, of Fiberglass Freaks in Indiana, has been a huge fan of Batman since he was two years old and started working in his teen years on building the Batmobile replica and now has his very own batcave. The Batmobile features, all the bells and whistles of the hotrod seen in the original TV series, the Batphone with pedestal, the double- bubble windshield, an aluminum roll- top dashboard, a flashing red beacon light and the totally awesome flame- shooting exhaust pipes which work!

One of these exact copies of the 1966 Batmobile will cost you about $149,999- Totally worth it, we say! Its just a small price to pay for being the baddest Batpimp in your neighborhood.