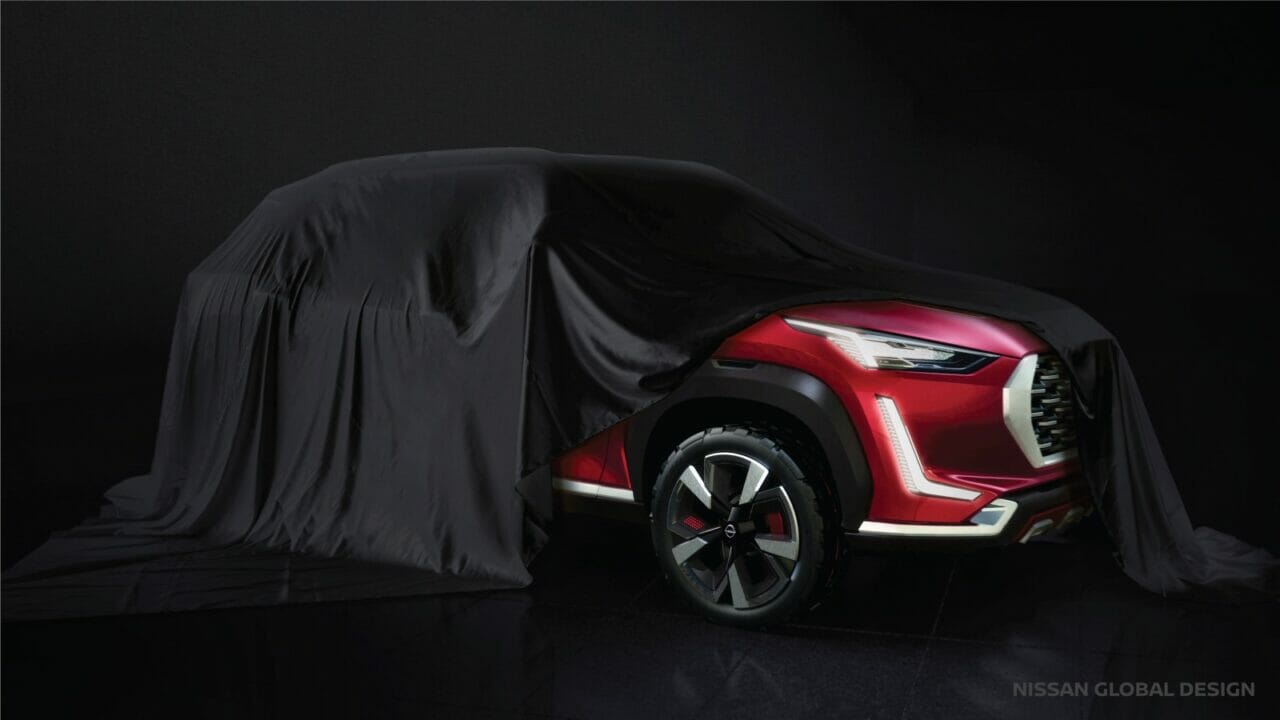 With just two products in the portfolio as of now, Nissan India will step into the fiercely contested and extremely popular B-SUV segment, later this year. This segment currently comprises of the Nexon, Brezza, Venue, XUV300 and the Ecosport.

The word around is that this new Nissan will be called Magnite and will share its platform, engine etc with Renault’s equivalent product – the Kiger. This all-new product will be unveiled globally on July 16th, 2020 at Nissan’s global headquarters before going on sale in the second half of FY 2020-21. 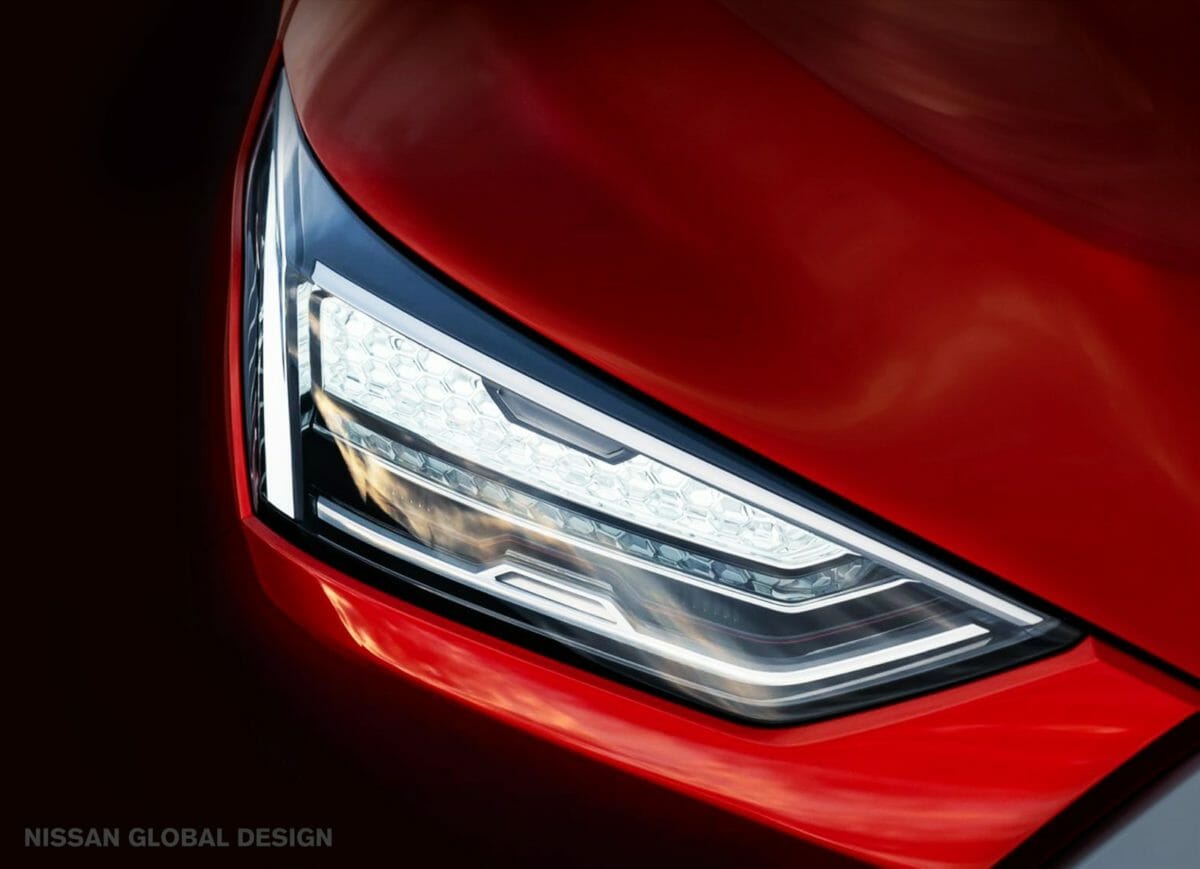 The company’s first compact B-SUV for the Indian market, the vehicle in the teaser image gets chunky inserts in the front grille, which unlike most Nissans, doesn’t appear to employ a V-motion grille. It features a sharp-looking LED headlight system though and even sharper, boomerang-shaped LED DRLs in the bumper. Do not expect to see those wheels and that tyre pattern on the production car, however, the side cladding and the faux skid plate under the front bumper will remain. Expect premium touches like chrome-lining for the window line, a blacked-out roof with a floating effect and LED illumination at the back. 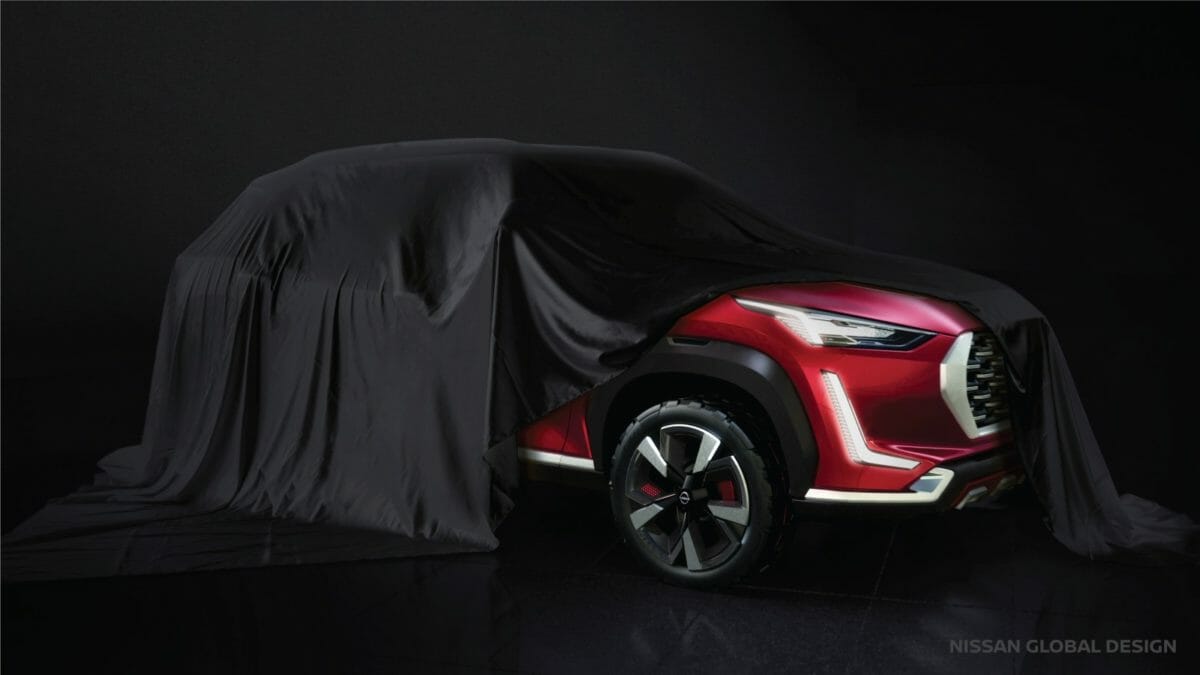 Expected this all-new Nissan to be powered by a 1.0-litre turbo petrol engine which should crank out power close to 100 HP. This motor will be paired to a manual gearbox and in all probability, a CVT. The maker suggests that this new compact SUV will be feature-packed and we expect it to come fitted with a floating infotainment screen which should be compatible with popular mobile OS’. Expect it to be a connected car like the Venue, where an app will offer multiple functions to make life easy. 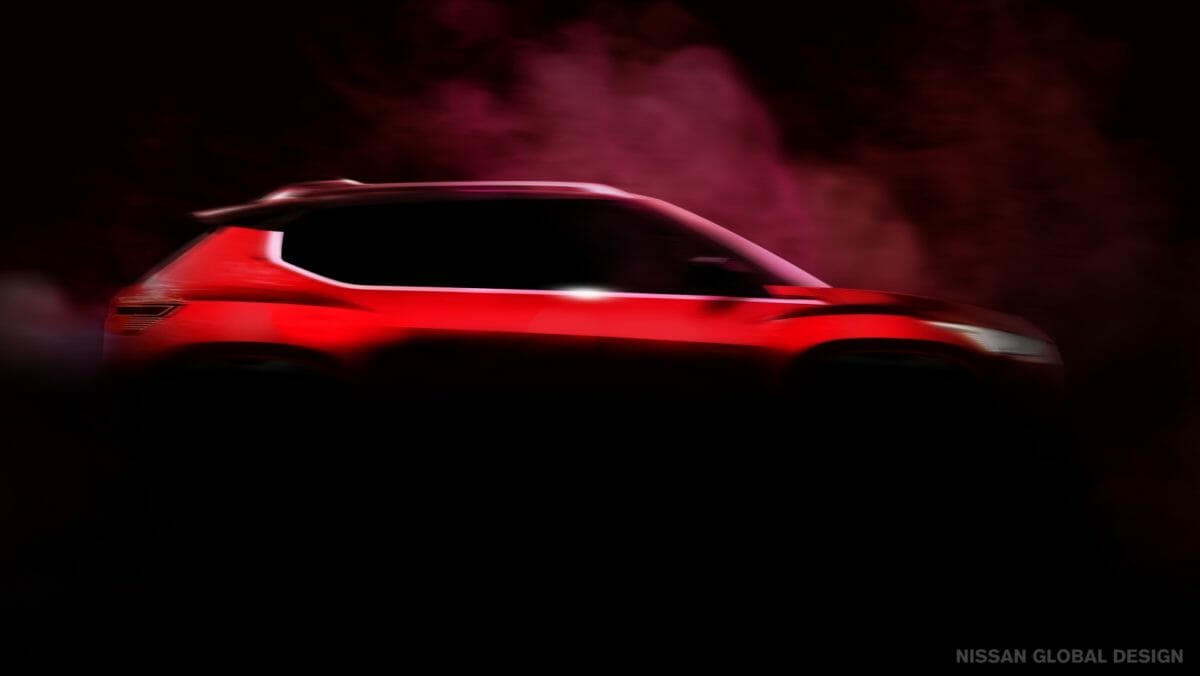 It is also expected to come equipped with some segment-first features like a 360-degree parking camera, a multifunction steering wheel with mounted controls, climate control system, and an all-digital instrument cluster. Expect this Nissan compact SUV to be priced aggressively upon introduction as it will mark an important new beginning for the brand in India. Unless Nissan India thinks otherwise, this will the second petrol-only model in the segment after Maruti Suzuki pulled the plug on the diesel engine for the Brezza. We’ll be back with more details once the SUV has been revealed. Stay tuned!