The demand for natural gas in India is slated to grow at more than 10% annually to over 300 million cubic metres per day with nearly 200 cities receiving CNG by 2015. Also, with the world’s largest network of CNG distribution in the world, India is ranked fifth in the users of natural gas vehicles in the world. It’s this surging CNG vehicles’ market that has brought major global energy technology providers to showcase their prowess and seek business partners at the NGV India 2010 conference. 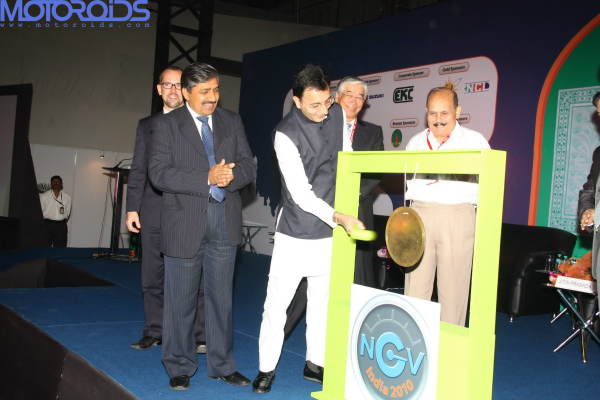 This year nearly 200 companies representing over 25 countries are participating in the 2-day exhibition with more than 5,000 industry delegates expected to attend the conference. The theme of the conference is “Meeting the Demands of India’s Surging NGV Growth”.

The conference is about the future of NGV, while also focusing on vehicle supply, supply chain and safety. Latest NGV technology designed for a broad range of vehicles from CNG two-wheelers to heavy duty trucks is also a focal point. Apart from business talk, the conference will also try and address environment challenges and work towards attaining eco-sustainability. A high point of this year’s conference is that India’s top car makers including Maruti Suzuki, Tata Motors and Mahindra & Mahindra are participating in the event. 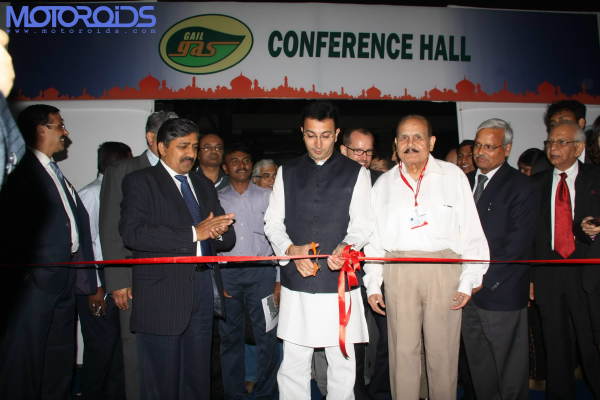 In his inaugural speech, Shri Prasada said, “The Indian government will ensure that gas allocation for the city gas distribution networks, apart from fertilizer and power sector, will also be on the top priority to help the growth of the sector. The flow of money from the consumer’s pocket will be reduced as CNG is a cheaper fuel compared to that of petrol and diesel.”

Mr Shinzo Nakanishi, MD & CEO, Maruti Suzuki India, who was also part of the luminaries on the dias, said, “We have launched 5 CNG models in limited markets of Delhi, Mumbai and Gujarat. If the volumes of natural gas supplies improve, we would like to reduce imports of our CNG components and this will help for the reduction of costs for our consumers.”

Mr B C Tripathi, CMD, GAIL India, in his speech said, “India has the largest network of CNG distribution in the world. A consensus amongst the stake holders and the Indian government’s mandate to roll out a CNG network is a must.