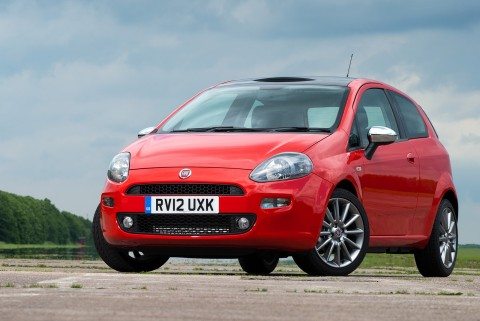 There is really no denying that in spite of recently getting a facelift (see above), the Punto has been quite a ‘hard sell’ against the Volkswagen Polo and the likes. As is obvious, Fiat intends to have all the bases covered with the next generation model and it recently emerged that the supermini by Italian automaker might be reinvented as part of the Panda family.

It may be noted that an average supermini is priced at about 8000 pounds in Europe and Punto’s starting price of 10,950 pounds makes the car only a little cheaper than the bigger Panda, which retails for 11,145 pounds. All this means that a large part of car buyers decide to either stay away from Punto and go for other products in its segment or buy the bigger Panda instead.

Fiat does realize all this and Fiat’s Head of global design, Lorenzo Ramaciotti, recently said that his company requires to “think differently” to make the Punto “in line with price expectations”. All this means that the car maker might take an all new route for the development of the next gen Punto, which is likely to be much different from the current model.

Autocar believes that the next gen Punto would be a part of the Panda family and hence, would be at least half a shoe size larger than the current model.

It would be interesting to see how well does the new Punto shapes up. Stay tuned to Motoroids for more updates on the next generation Fiat Punto.