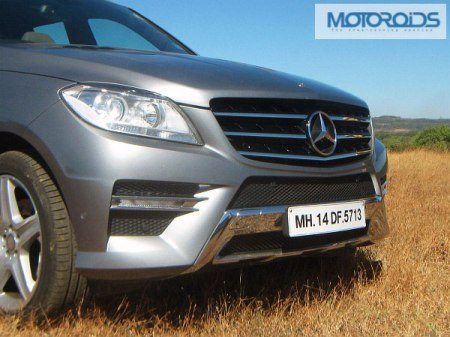 It has emerged that Mercedes India have decided to go all out in the coming couple of years and will introduce range of new products to strengthen its foothold in the fast growing premium car market.

Mercedes India will officially launch the new S 500 V8 towards the end of Dec 2013/Early Jan 2014. The car will be bought to India via CBU route.

The bigger news, however, is that the car maker plans to launch the much publicized CLA compact sedan in 2014 and the GLA crossover in 2015.

At the helm of Mercedes India’s aggressive future plans will be Mr. Eberhard Kern, MD and CEO at Mercedes Benz India. He recently said that he is satisfied with the way luxury car buyers in India have accepted the new generation Mercedes models and he further said that he realizes that there remains a lot of potential in the sub-Rs 30 lakh segment of premium car market in India.

As we said earlier, the first new Mercedes model to come to us will be the new flagship variant of the mighty S-class sedan. The S500 is powered by a 449bhp V8 motor and while the car will come to us only by January next year, some dealers have reportedly started taking orders for the upcoming model. The launch of the new flagship S Class will be followed by the launch of the new S 350 CDI, which is powered by a V6 diesel engine. As is obvious, this is the engine variant which will contribute towards the major chunk of sales. .

The much hyped CLA sedan is expected to come in mid 2014. The CLA will not just become the cheapest Mercedes sedan in the car maker’s product portfolio, but will also become the third Mercedes model to be underpinned by the car maker’s front-wheel-drive MFA platform (First two being the A- and B-class).

Coming in 2015 is the new Mercedes GLA crossover. The GLA is an Audi Q3 and BMW X1 adversary and will become the fourth Mercedes model to be underpinned by MFA platform. We can’t say for sure but we also expect the GLK, which is an Audi Q5 rival, to come in late 2015-early 2016.

Mr. Kern said that Mercedes India could bring more than a dozen new products by the end of this decade.“By 2020, we will have 13 new models in the market without any direct predecessor. These will be brand new models and quite a number of them will come to India,”