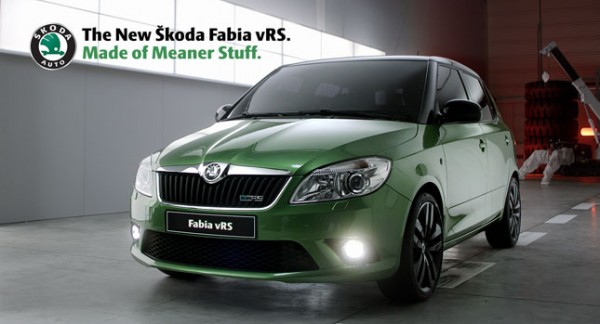 We reported in detail when the Indian subsidiary of VW owned Czech automaker discontinued selling the Fabia in Indian market. With this, we can safely assume that the Fabia nameplate won’t be resurrected before Skoda decides to launch the next gen model in India.

During the time the Fabia was on sale in India, we used to be troubled by the fact that Skoda India never bothered to bring the performance oriented vRS variant to us. Now, it seems like we might not get the vRS variant even when the new gen Fabia is launched in the country, for it has emerged that Skoda might decide to give the vRS variant of the next iteration of Fabia a miss.

Skoda’s CEO Winfried Vahland recently said that the next gen Fabia, which is being expected to come next year, might not get a RS variant at all. The reason being cited for this is the poor sales performance of Fabia. Due to this, it makes little sense to invest more on developing a RS model.

“With the Octavia RS, we made around an eight percent penetration into the market. With the Fabia RS, it was less than one percent,” Vahland recently said. “Although people didn’t buy the Fabia RS, they still wanted the feel of the hot-hatch,” he added.

“People want to have the look of an RS, but don’t need an engine that they can’t afford”, he said. Above that, “the Fabia RS was too expensive in Europe,” Vahland said. “Customers wanted the sports seats, the alloys, the bodykit, but they also wanted the functionality of a normal Fabia. And anyway, if you really want a vRS, get an Octavia,” Winfried further said.

Winfried also talked about the Skoda Fabia Monte Carlo edition, which came with a similar styling but didn’t have the more powerful engine. “When we introduced the Monte Carlo trim line, we estimated we would sell around 3,000 cars. We ended up producing 20,000,” Vahland pointed out.

Now that Winfried has made his thoughts public, it would be safe to guess that the next gen Fabia won’t get a RS variant. Instead, it might come with a visually sportier variant, much on the lines of the Monte Carlo.