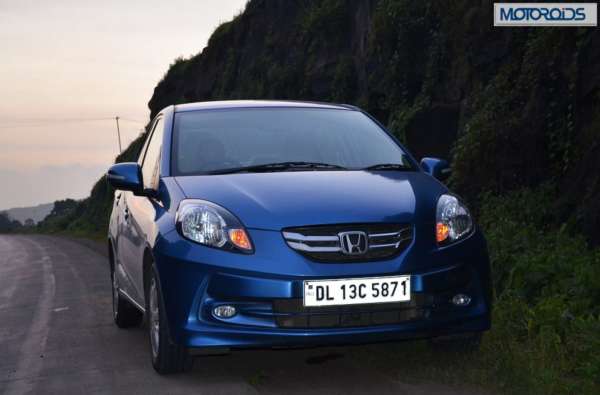 The entire country took notice when the Indian subsidiary of Honda launched its first ever sub-4 metrer sedan, the Amaze, in our very competitive entry level sedan market. A lot was riding on the Amaze when it was launched, for it was the most important product to help Honda regain its sparkle in the Indian car market, which somewhat dwindled due to the Japanese car major’s lack of an oil burning car in a diesel fuel dominated market. The Amaze had a mammoth task of taking on some seriously potent rivals including the formidable Maruti Suzuki Swift Dzire. As a testimony to its suitability to the Indian market and value offered, the Amaze has sold in great numbers. People across the length and breadth of the country have accepted this new compact sedan as a more than fitting rival to the top-selling Dzire. While the latter still leads the segment by a huge margin, lapping up even half the sales of the Maruti model is enough for a product to be termed a blockbuster. The Amaze, as it turns out, is one.

So what’s the secret sauce behind the Amaze’s success? With its burgeoning sales, can the Amaze propel Honda to new heights of popularity? Can we expect this incredibly well packaged machine to snatch the lead from the Swift Dzire in the increasingly important entry level sedan segment in the times to come?

Not the ones to let questions remain unanswered, we decided to spend some days with the new Amaze diesel and logged some miles in varied traffic and road conditions to check out what’s making everyone talk about this new compact sedan. So did we find our answers, as we spent a few hundred kilometers behind its steering wheel? Flip on for the finer details.