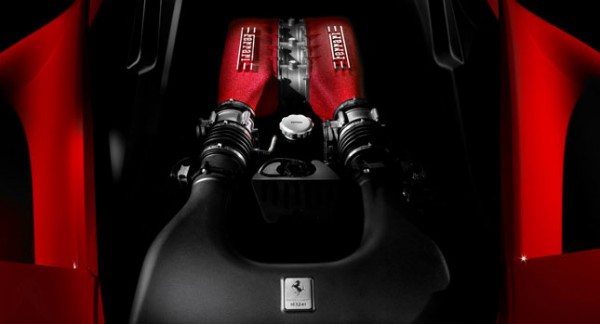 Downsizing is the word in the world of car engines today. It won’t be wrong to say that with each passing generation, car models are getting larger and their engine sizes are getting smaller. Some 3 years back, people would have laughed at the idea of a mid size sedan being powered by a 1400cc petrol engine. However, only recently we drove the Skoda Octavia 1.4 TSi and came back grinning ear to ear about its performance.

We aren’t too surprised with this recent development, what with emission norms getting tighter and fuel prices soaring even higher? Such has been the affect that even the makers of the most premium of cars out there are fast resorting to replacing naturally aspirated motors with downsized turbocharged engines.

It is being said that the latest car maker to have decided to embrace this trend is none other than famous supercar maker Ferrari. It may be noted that currently, all the Ferrari cars on sale come with a naturally aspirated engine powering them. However, MotorTrend magazine claims that the Italian supercar manufacturer will switch to turbocharged cars for the model replacements of current gen cars.

Turbocharged engines will surely make Ferrari cars more fuel efficient and maybe, even more powerful. However, we wonder if the future models to wear the prancing horse badge would retain the typical Ferrari engine characteristics. It is no secret that turbo motors cannot be as high revving as the naturally aspirated motors and we even wonder if the sound track would be as orgasmic.

It may be noted that it certainly won’t be the first time that Ferrari would employ a turbo petrol engine. The Ferrari F40 was powered by a  twin-turbocharged V8 motor. However, the naturally-aspirated V12 that powered the F50, its successor, was loved more by Ferrari fans.

It is not just road going Ferraris which will switch to turbocharged petrol motors. Come next season and all F1 cars will have to bid adieu to naturally aspirated 2.4-liter V8 engines and will be powered by 1.6-liter turbocharged V6 units. Now, Ferrari has always made ample use F1 technology in its road going cars and hence, the news of Ferrari production cars getting a turbo motor doesn’t come across as all that surprising .

So what do you have to say about all this? Do let us know by commenting below.