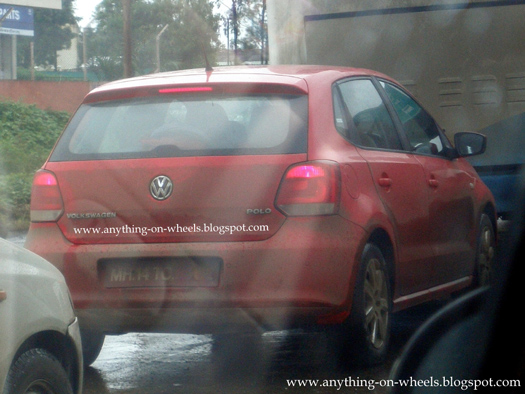 Volkswagen has been busy all this time, testing a new range of Polos. However, this time we have it in picture. The new Polo variant seems to have steering mounted controls and has been caught testing several times near Pune. To add to this, there are rumors about a 1.5 liter common rail turbo diesel engine taking the place of the power plant for the new Polo variant. The current Polo is powered by a 1.2 liter 3 cylinder engine, which means that if the rumors of the 1.5 liter TDI engine is true, it could add some more life to the car making it much better than the existing variant.

Along with the Polo, the Touareg SUV too has been caught on camera during its testing rounds near Pune. Volkswagen has added its femilial look as one of the changes to the Touareg. It looks like Volkswagen has done its homework as far as styling is concerned thus preventing the car from looking like an estate version of the Passat. However, there is much more than the cosmetic changes in the new Touareg. The new car seems to be on diet owing to the loss of around 200 kilos which means there has got to be some serious performance and mileage improvements along with lesser emissions.

The same 240 Bhp and 550 Nm V6 engine will take up the role of the heart of the car. However, this time, it will be run by Volkswagen’s fuel economy boosting-tail pipe emission cutting BlueMotion technology. Hence, there could be space for a start stop system and low rolling resistance tyres in the new SUV.

Source: Anything on wheels