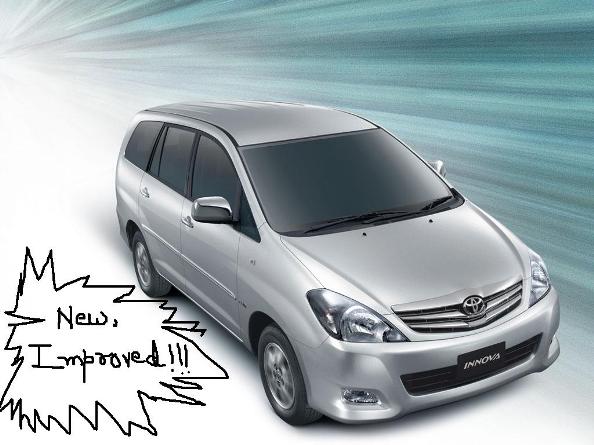 ACI is reporting that Toyota Kirloskar Motors is planning the next version of their highly successful MPV – the Innova in 2012. However, going by the fact the current machine is as close as it gets to perfection, especially for the price conscious Indian customer, the new car won’t be a huge mechanical aberration from the current setup. The new car will employ the same IMV platform that works under the present Innova, and the changes will not be too exhaustive. According to Toyota, the customers of their highly successful MPV are very satisfied with the current setup, and too radical a change may not go down too well with them.

It is difficult for Toyota as well to improve this MPV which pretty much delivers ‘all you desire’. The next generation Innova will have the same dimensions as the current one, as the current owners seem to have voted against a bigger vehicle. The new vehicle will be thoroughly restyled though, and the engineers at Toyota will also work at a more flexible seating arrangement. Expect some Jazz-like wizardry in the upcoming version of even better space utilization. The space for the third row will also be improved.

Talking of the engine, there won’t be a big change on this front either. The new engines will be marginally more powerful though. There may be an automatic option for the new version of the Innova. All in all, we would be looking at a heavily restyled and better space optimized version of the MPV with engine tweaked for slightly better performance and an option of auto transmission.