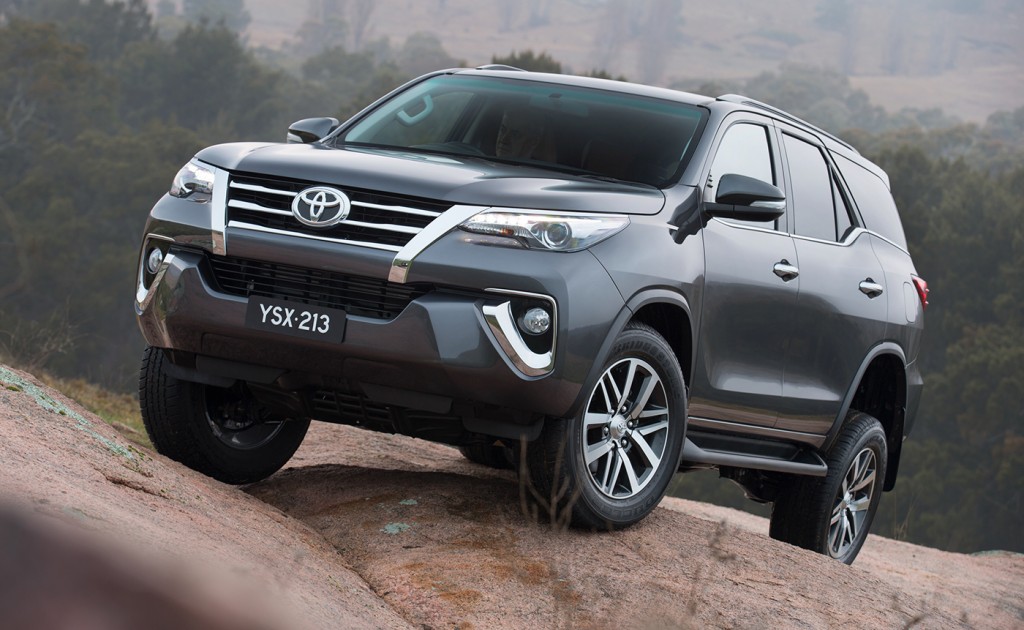 After a long wait, Toyota has finally unveiled the all-new 2016 Fortuner in Thailand. The new Fortuner is yet to be launched in India, which is likely to happen before the end of 2015. However, details of Toyota’s all-new SUV have surfaced and these include; the prices (Thailand), technical specifications, images gallery, variants, brochure, colour options etc. 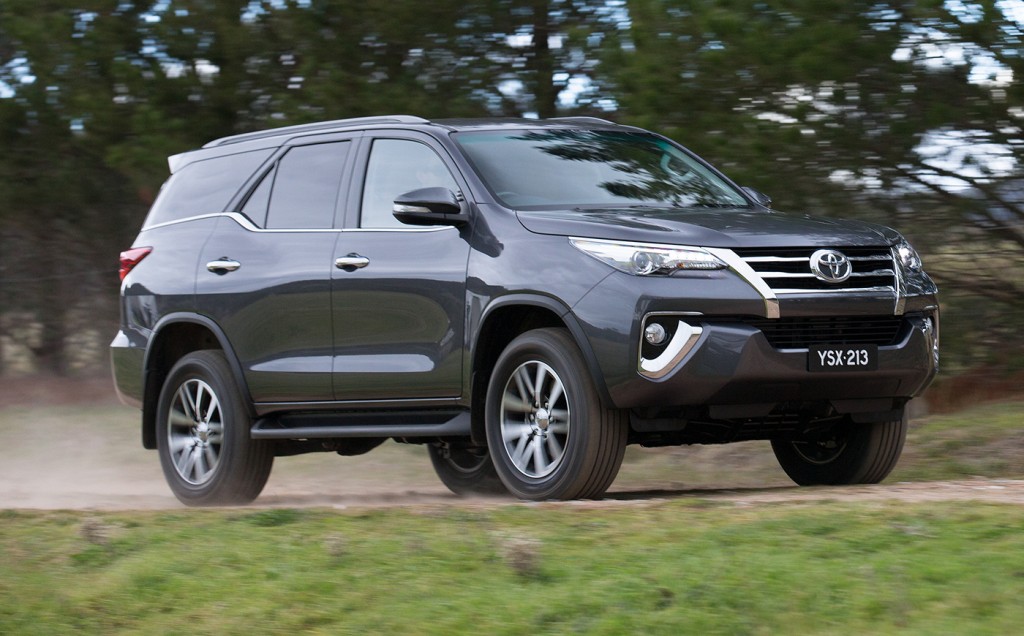 As we have come to know, the 2016 Toyota Fortuner shares its updated IMV (Innovative International Multi-purpose Vehicle) platform with the latest-gen Hilux pickup truck. However, the design gurus at the Japanese carmaker’s HQ have managed to pump in some fresh elements and haven’t photocopied the aesthetics of the new Hilux (which looks good as well). The front gets a sculpted, sleek appearance with loads of chrome embellishment, but doesn’t make the SUV look any less macho than before. The SUV now benefits from projector headlights and LED DRLs. Viewed from the side, the new 2016 Fortuner looks longer than before and gets prominent bulges for its flared wheel arches. The window line can be seen with an evident kink near the C-pillar, and also comes with a chrome lining that extends all around, in a way, wrapping the SUV with some bling. The blacked out C- and D-pillars exaggerate the ‘floating roof’ concept, making the whole design look even sleeker. Once at the rear, you will notice a set of brand-new tail lamps that get some LED treatment, and the sleek wrap-around look comes out looking good. 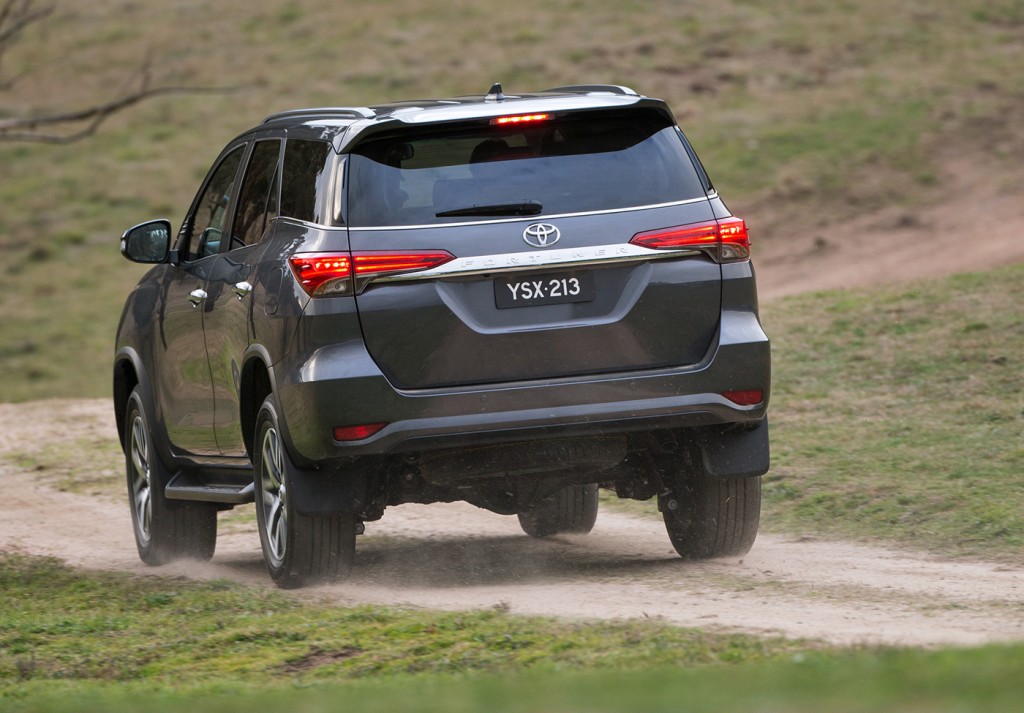 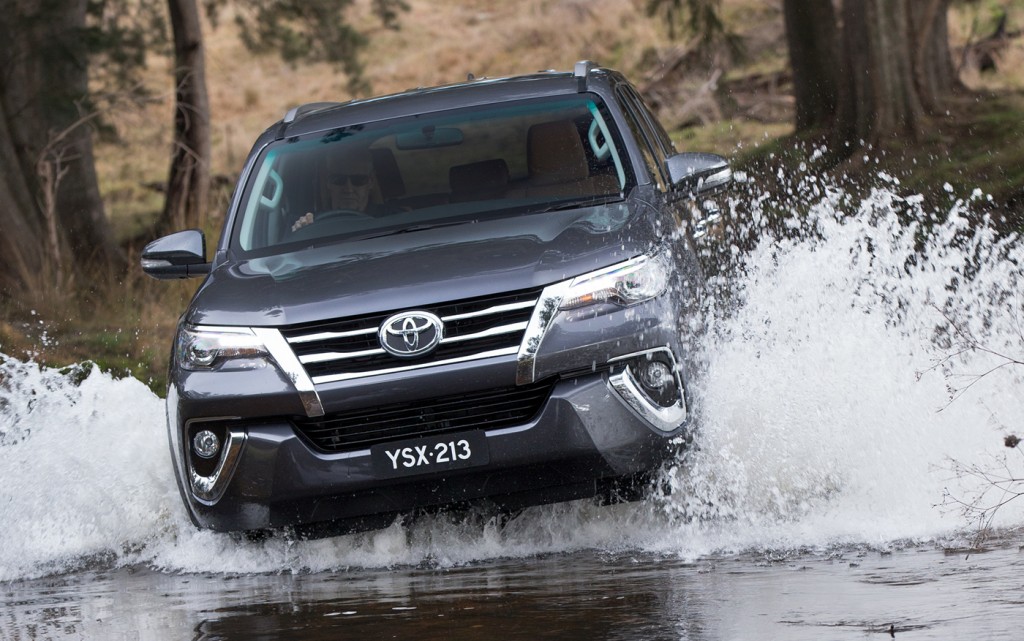 Mechanically, the 2016 Toyota Fortuner gets an all-new multilink rear suspension, instead of the old-school live rear axle coiled-spring setup. This should decidedly have a say on the new model’s ride and handling characteristics, which will be seen when we test drive this SUV later. Toyota has also given the new model part-time, ‘switch-on-the-fly’ 4WD system, along with a rear locking differential and disc brakes on all four corners. Toyota’s new Fortuner also boasts of a 225mm ground clearance (more than the Prado, even). Powering the 2016 Fortuner is Toyota’s latest GD series of diesel engines and one petrol unit. There is a 2.4-litre turbocharged four-cylinder diesel engine, available in two states of tune. While both these share the same 150 hp figure, their torque figure varies. The less powered version makes 343 Nm, while the other variant gets 400 Nm to pull it along. The new Fortuner will also be offered (in select markets) with a 2.7-litre 4-pot petrol engine that develops 166 hp and 245 Nm of twist. The engines come mated to either a 6-speed manual (only choice on the base variant) or an automatic transmission. The manual gearbox gets rev-matching, too. 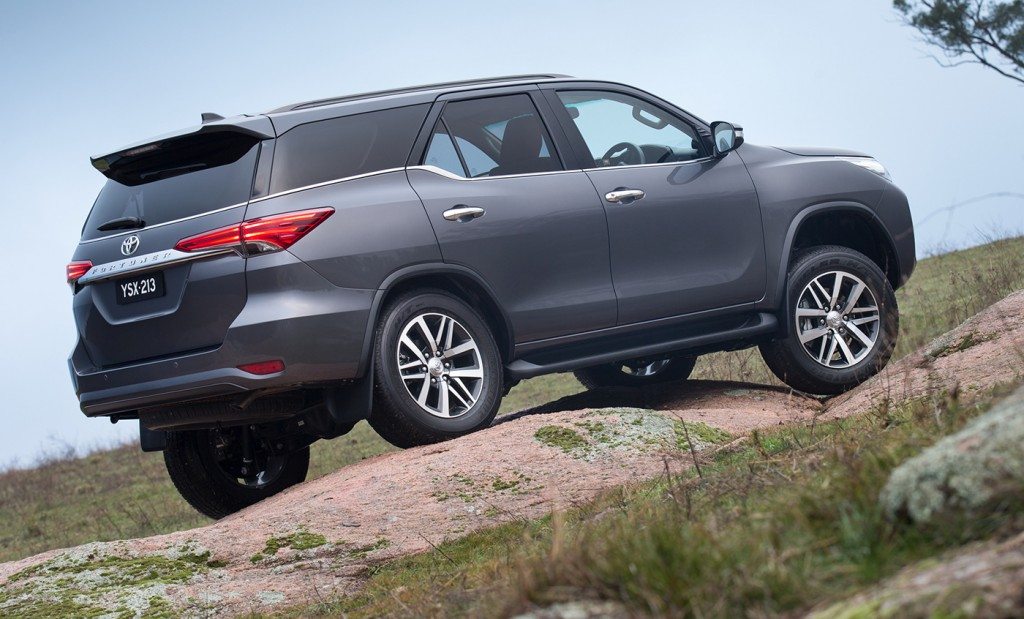 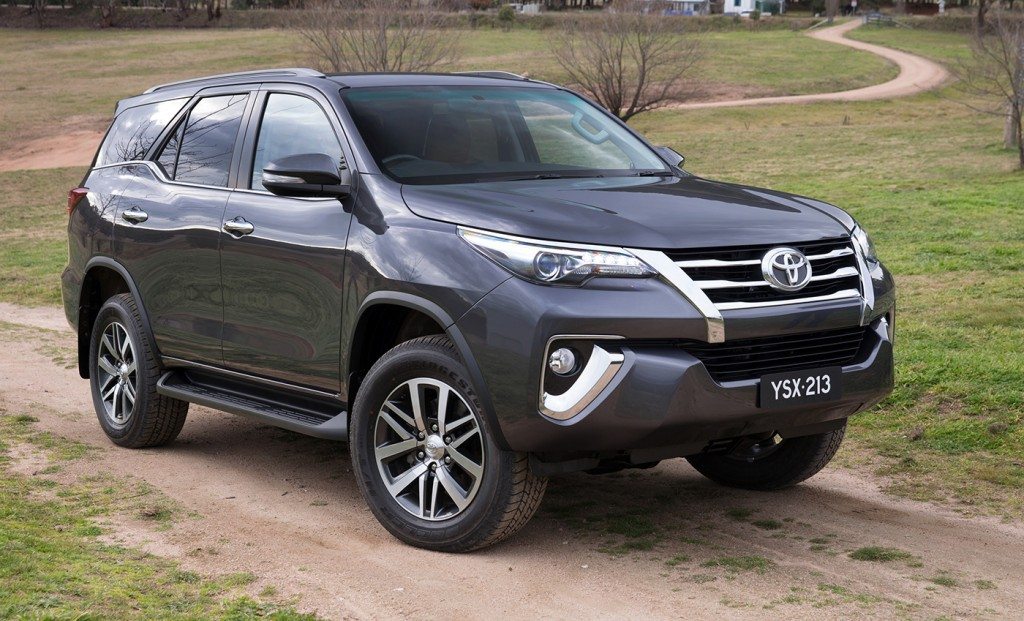 Have a look at the detailed image gallery below for more pictures. Also, we have attached pictures of the official brochure of the 2016 Toyota Fortuner. Moreover, there’s a detailed video as well. Let us know what you think about this all-new Toyota Fortuner in the comments section below.