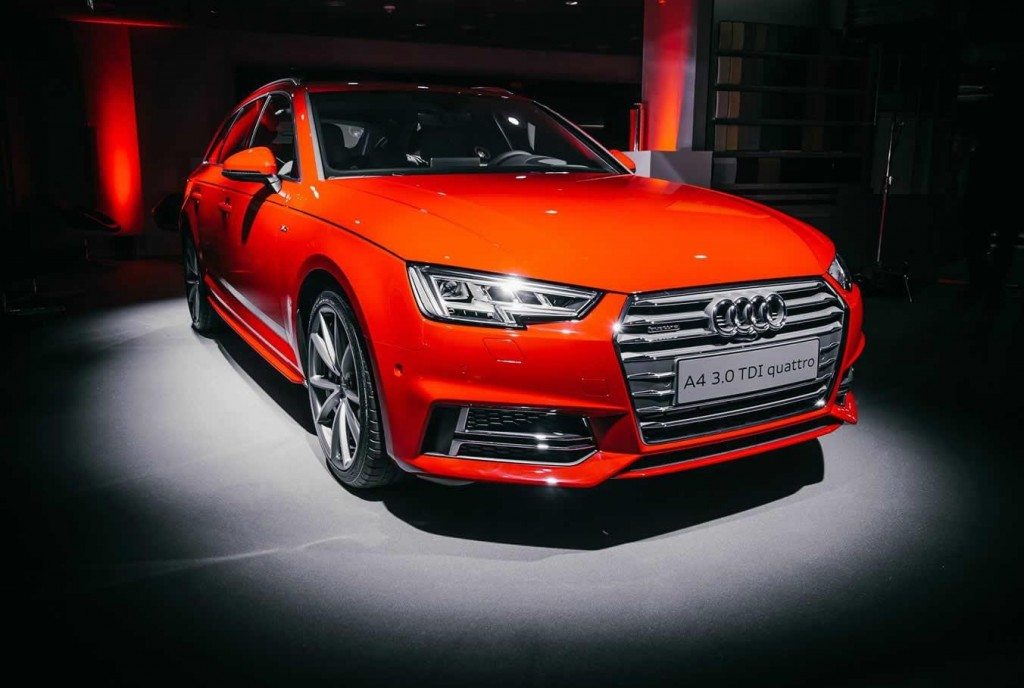 The 2016 Audi A4 Avant has been detailed in new, live images, ahead of its planned public showcase at the 2015 Frankfurt Motor Show. Although press images and other details were shared by Audi last month, these images give an idea of what the all-new, fifth-generation, B9 A4 looks like in the flesh. The car is India-bound in 2016, but not in this particular Avant (estate) specification. This particular example is finished in Tango Red, one of the 15 exterior colours offered for the 2016 A4. 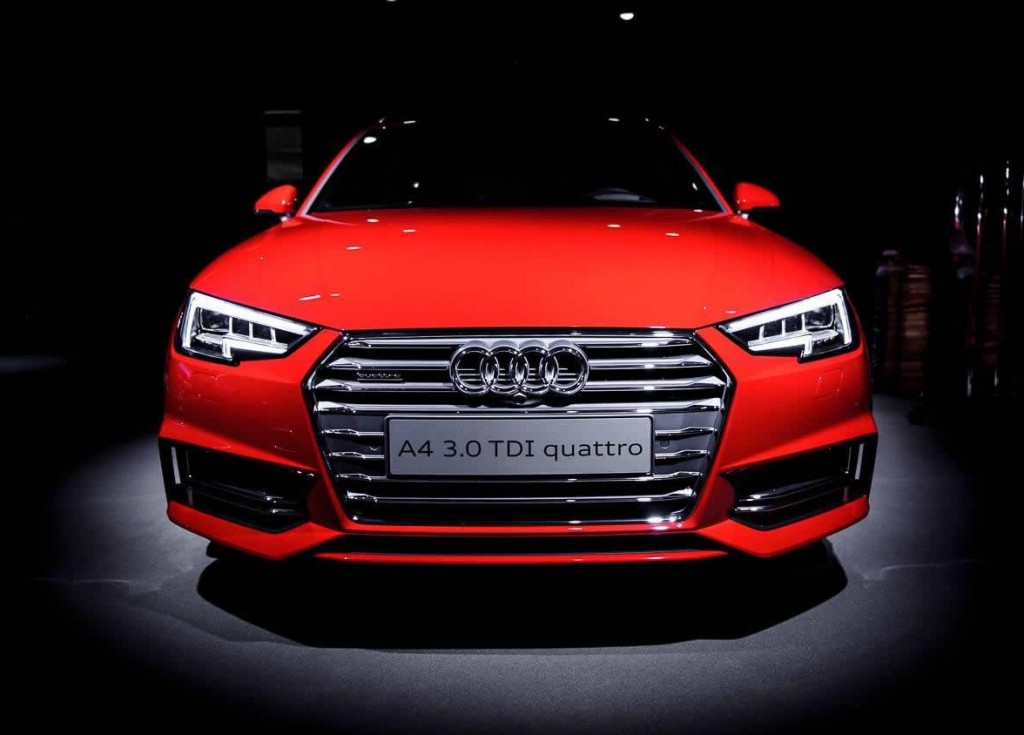 Though it looks familiar, the new Audi A4 has grown in its dimensions over its predecessor and is now 4.73 metres long, with a wheelbase of 2.82 metres. However, clever engineering means that the new car is lighter by 120 kg over the old one and gets a low 0.23 coefficient of drag. Up front, Audi’s new, signature, trapezoidal grille dominates the fascia. The grille is flanked by sharply styled headlamps that can be had with optional LED or, with the latest Matrix LED technology. The S-line kit, pictured here, also adds aggressive bumpers with chrome trimming. 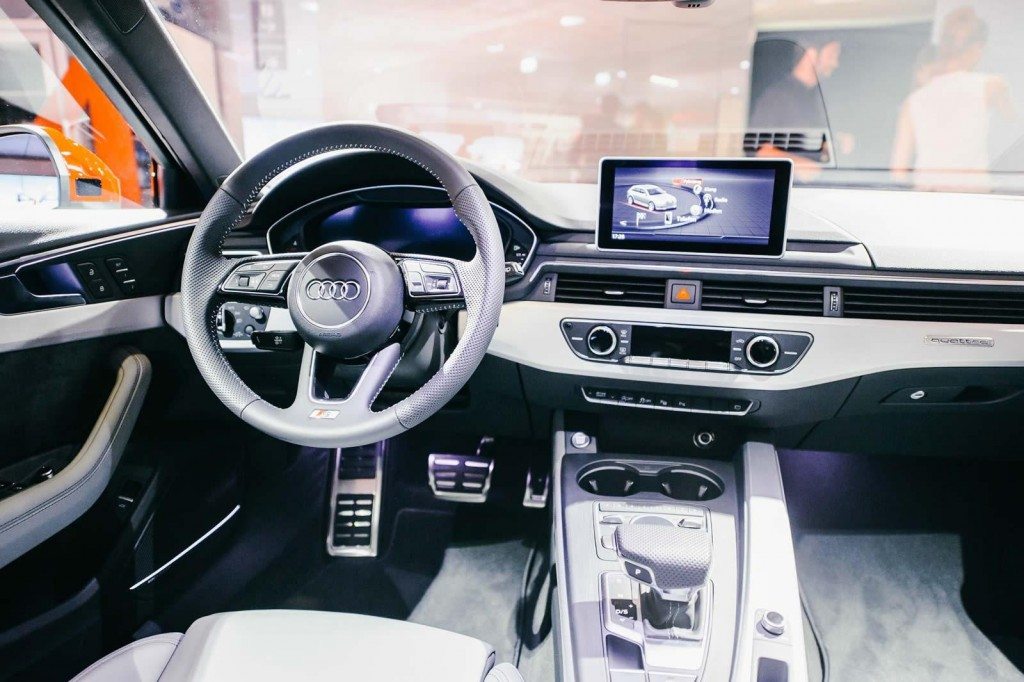 The 2016 Audi A4 gets completely refurbished interiors, which include a new dashboard that’s styled along the lines of the new Q7 SUV. Behind the newly designed steering wheel lies the Audi Virtual Cockpit that features a massive 12.3-inch colour display. Other niceties include a new MMI touch-screen system with a 8.3-inch display, a Bang & Olufsen sound system that comes with 3D audio technology, heads-up display, Audi phone box with wireless charging etc. 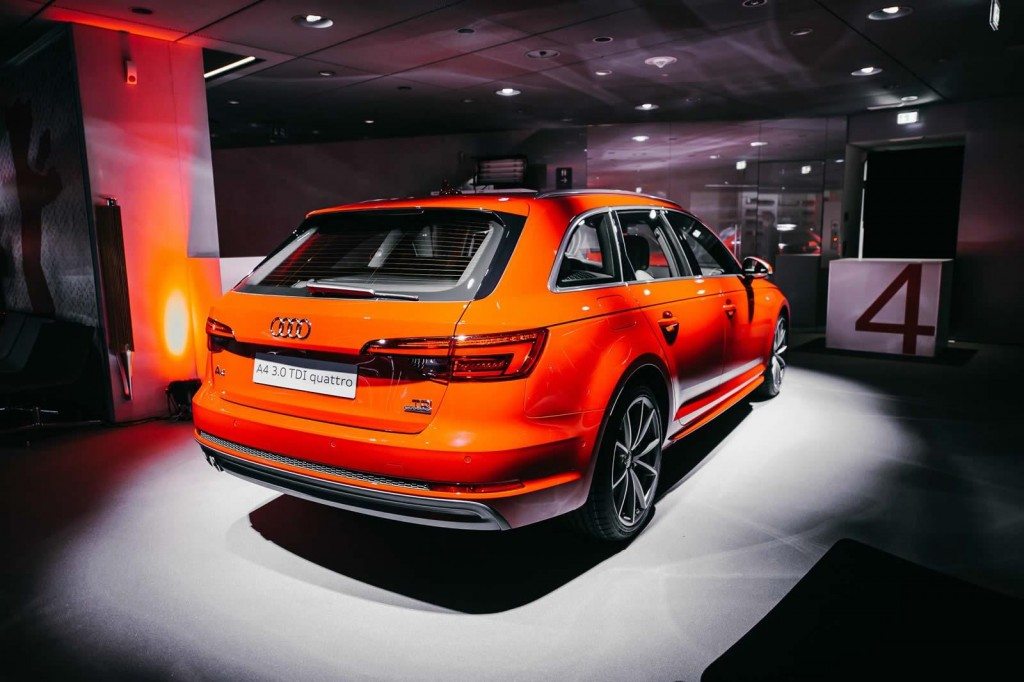 The 2016 Audi A4 will be powered by a choice of 7 petrol and diesel engines, available in 4-cylinder (TFSI & TDI) and 6-cylinder (TDI) guises. Depending on the model and its market, the engines will be mated to either a 6-speed manual, a 7-speed S tronic, or an 8-speed tiptronic transmission. The A4 will also offer both front wheel drive and all wheel drive (Quattro) layouts. The 2016 Audi A4 will hit Indian shores somewhere in 2016.