Tata Motors seems to be running full steam in order to launch new products in the Indian automobile market. The company had showcased numerous models at the 2018 Auto Expo including an SUV, premium hatchback and a few performance oriented models. 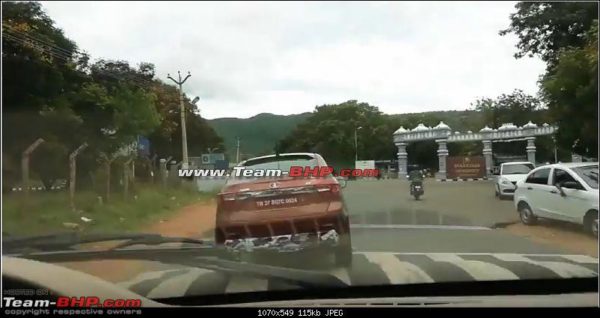 While the upcoming Tata H5X and 45X have been frequently spotted testing across the country, recent news updates revealed that the Tiago JTP was also undergoing road tests. Barely a few days after the latter was spotted testing, it’s compact sedan sibling, the Tigor JTP has now been spied in the flesh.

A video shared on a social media platform reveals a single test-mule of the new Tata Tigor JTP that was spotted in Coimbatore. Only a few parts of the Tigor JTP such as the rear bumper are covered in camouflage, hinting at what updates are planned for the model. Up-front, the model is likely to receive a revised bumper, smoked headlamps and a vent on the bonnet. On either side, the model could feature larger alloy wheels while the posterior could benefit from a new bumper with a twin chrome tipped exhaust setup. 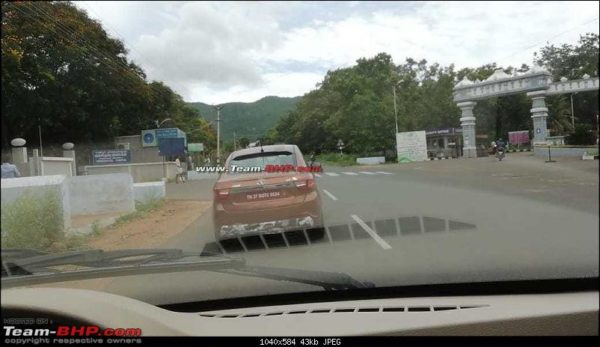 Details regarding the interiors of the new Tata Tigor JTP remain scarce at the moment although we do know what to expect as the model was showcased as a concept at the 2018 Auto Expo held in Delhi earlier this year. Changes to the interior of the model will be limited to all-black theme with contrast red inserts around the HVAC vents and black leather cladding seats with red JTP badging and contrast stitching. Under the bonnet, the 2018 Tata Tigor JTP could source firepower from a 1.2-litre turbocharged petrol engine that produces 108 bhp and 150 Nm of torque. This engine would be paired to a five speed manual transmission.