Previously, we saw the new 2018 Mahindra XUV500 facelift with absolutely no camouflage, at what appeared to be a dealership somewhere in Tamil Nadu.

In latest updates, the interior of the upcoming SUV has been spied, revealing finer details about the dashboard and other elements. The dashboard features a all-black finish while the piano-black painted central console gets chrome highlights. The steering wheel features a dual-tone finish with a brushed aluminium panel. The tan coloured leather seat covers features diamond stitching pattern. The updated infotainment system with most likely feature Android Auto and Apple CarPlay connectivity. 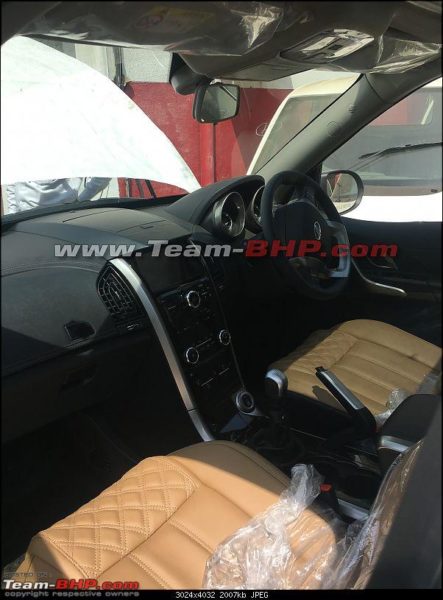 From the outside, as reported earlier, the upcoming Mahindra XUV500 facelift will feature a revised fascia which will include a new grille with chrome garnishing, updated twin-pod projector headlights with LED DRLs and new fog lamp surrounds. At the rear, the bumper, tail gate and tail lights have also been tweaked for a refreshed look. The alloy wheels are not visible in the photographs but previous spy images hinted at a revised design. 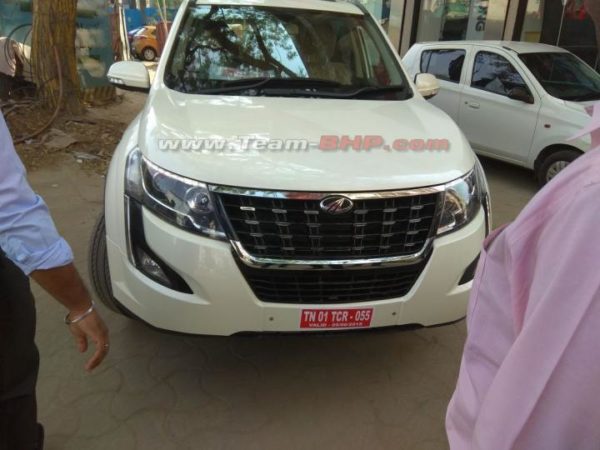 The tech spec sheet will most likely include an updated 2.2 liter mHawk turbocharged diesel engine with increased power and torque. The new output figures for the engine are expected to be rated at 170 hp and 400 Nm, which would be significantly higher from the current model’s 140 hp and 330 Nm.

In terms of pricing, the 2018 Mahindra XUV500 facelift is expected to carry a premium over the current SUV’s prices which start from INR 12.64 lakh (ex-showroom, Delhi).