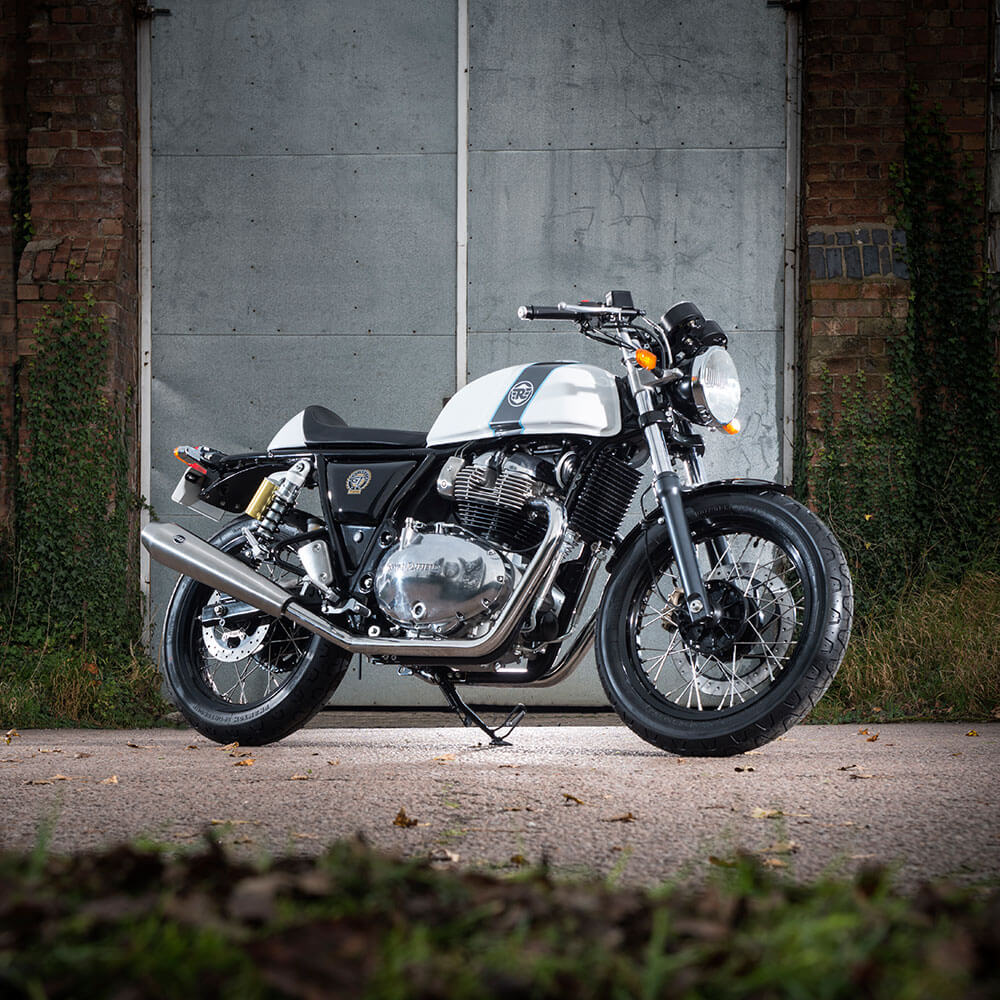 Two Royal Enfield twin-cylinder motorbikes will be revealed at the EICMA 2017 today.  While one of them is the Interceptor 650, a modern retro, the other bike is a cafe racer styled machine. The latter, the Royal Enfield Continental GT 650 will be powered by RE’s new generation, air-cooled, 648cc, parallel-twin engine which was officially revealed yesterday. Unveiled at their brand new technology centre in Leicestershire, England, the new motor has been engineered to be able to accelerate and deliver higher power and torque at lower RPMs and is rated for an output capability of 47bhp @ 7,100 rpm and 52Nm @ 4,000 rpm. 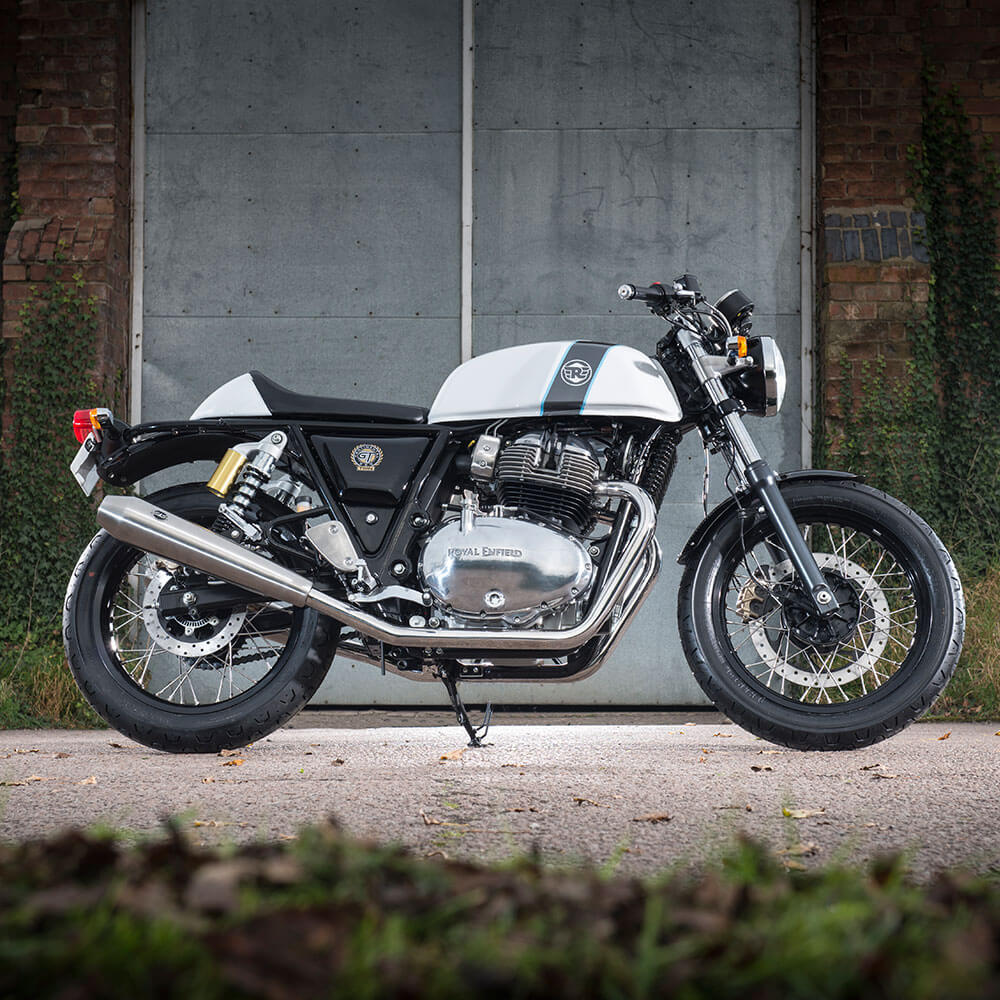 Developed by Royal Enfield’s UK Technology Centre and Chennai teams, the engine has been designed to achieve a high level of modern refinement. It maintains an under-stressed 9.5:1 compression ratio and is fed fuel by a modern injection system. There’s a single-piece forged crankshaft (a first for Royal Enfield) which ensures strength and the ability to handle the twin’s torque. This crankshaft uses a 270-degree firing order, which gives a high degree of character to the engine’s power delivery. Also, thanks to the use of a balancer shaft, unwelcome vibrations should be eliminated. 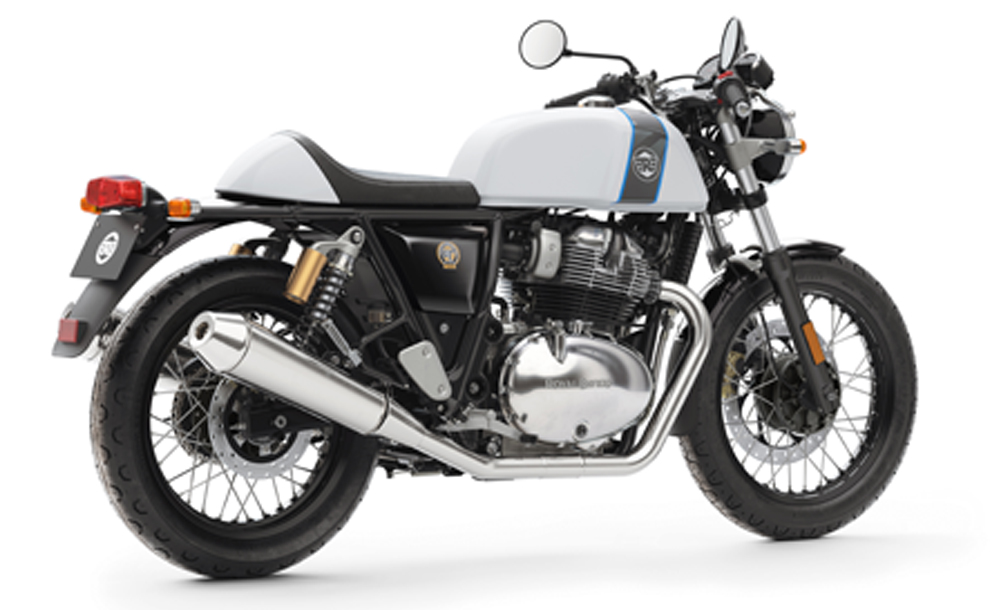 The new engine platform uses ambient air-flow combined with engine oil to keep engine temperature at an optimal level rather than a radiator, fan, hoses, and other components. This keeps the motor clean looking and essentially pure. Measures were taken to ensure that the new 650 twin gives an equally compelling soundtrack and hours were spent tweaking every contributing variable to engine sound, resulting in twin silencers that rumble with just the right tone. The entire platform, including the engine and chassis, has undergone rigorous testing during the development programme. It has been subjected to lab and bench tests, in addition to being tested on proving grounds, race tracks and public roads. 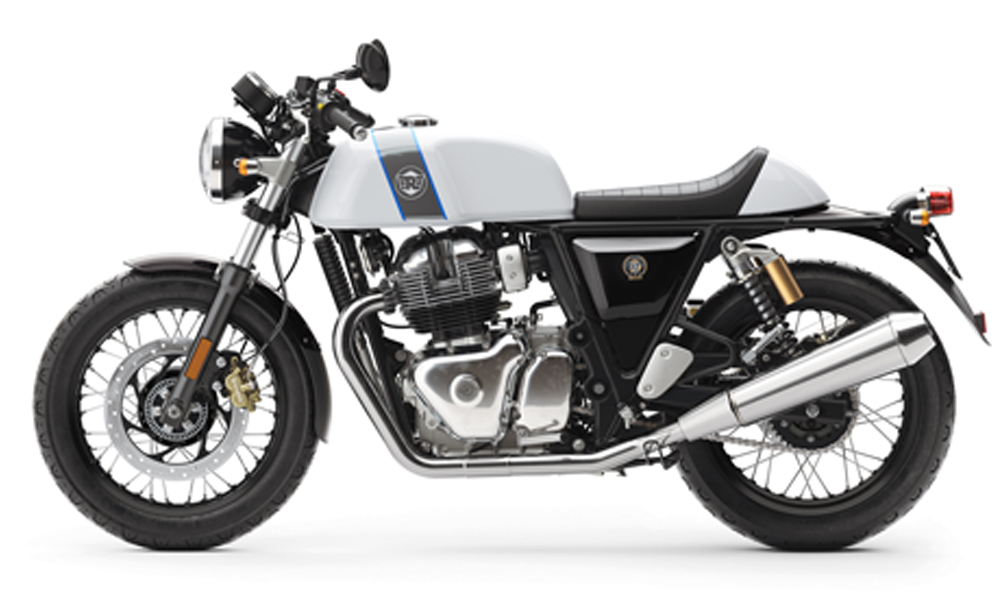 The New Royal Enfield Continental GT 650 looks pretty much like its younger sibling, the Continental GT single. However, this one benefits by being propelled by the powerful new motor, gets twin exhaust pipes, classic cafe-racer styling and blacked out spoke wheels, forks and front fenders. There are clip-on bars, conventional forks up front, twin inverted gas-charged shocks at the rear, and a glossy rear cowl to finish things off. The bike weighs less than 200 kilos. 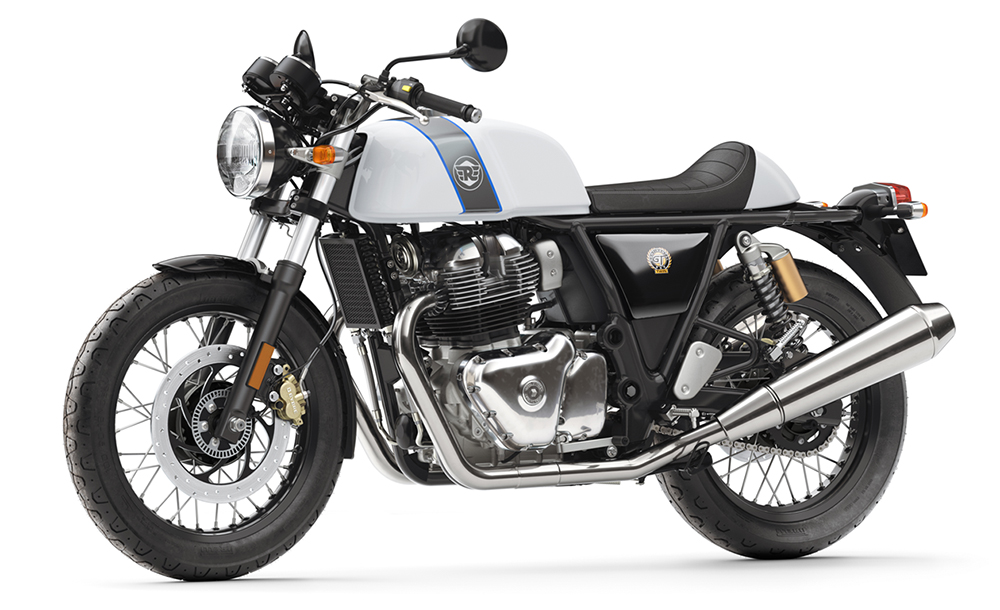 The rear single seat and cowl is an accessory though, the bike will come with a twin seat as standard. In comparison to the Interceptor 650, the Continental GT offers a more sporty, leaned over riding position. RE even mentioned during the launch that quite a lot of components between the two bikes can be interchanged. There will be a long list of accessories which include even lower clip-ons, a flyscreen and certain other bits. We’ll fill you in with more information as and when it trickles in. The bike will be launched in Europe first and once RE meets production-to-demand ratio, it will be introduced in India. Will be available in shades of Black Magic, Sea Nymph Blue and the Ice QUeen you see in the images here. 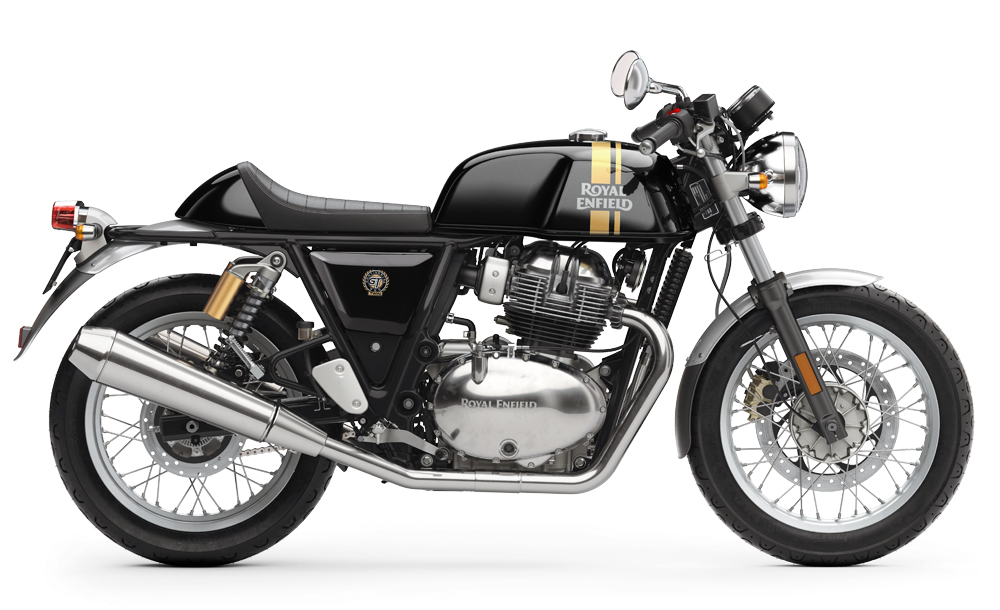 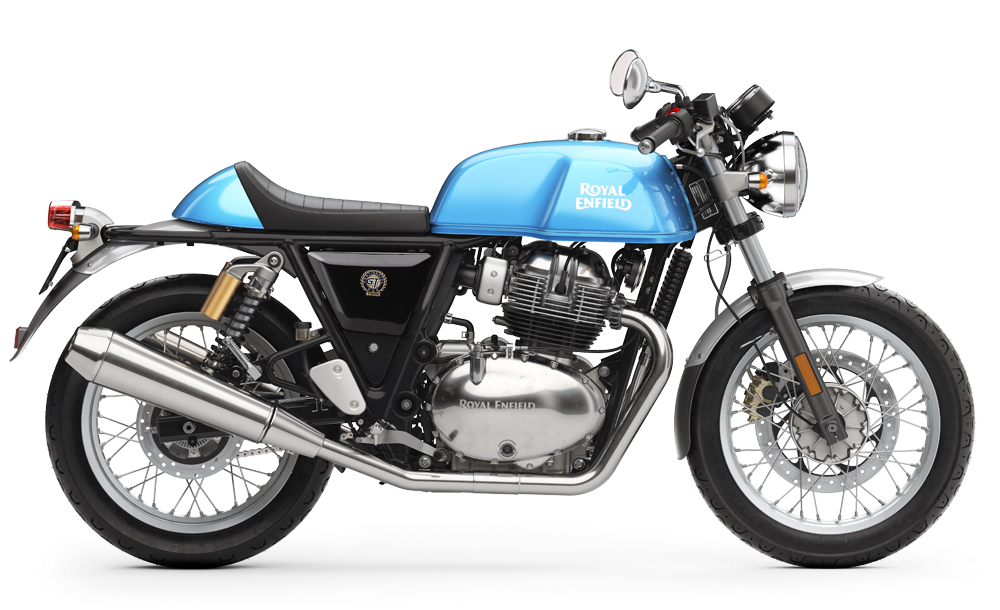