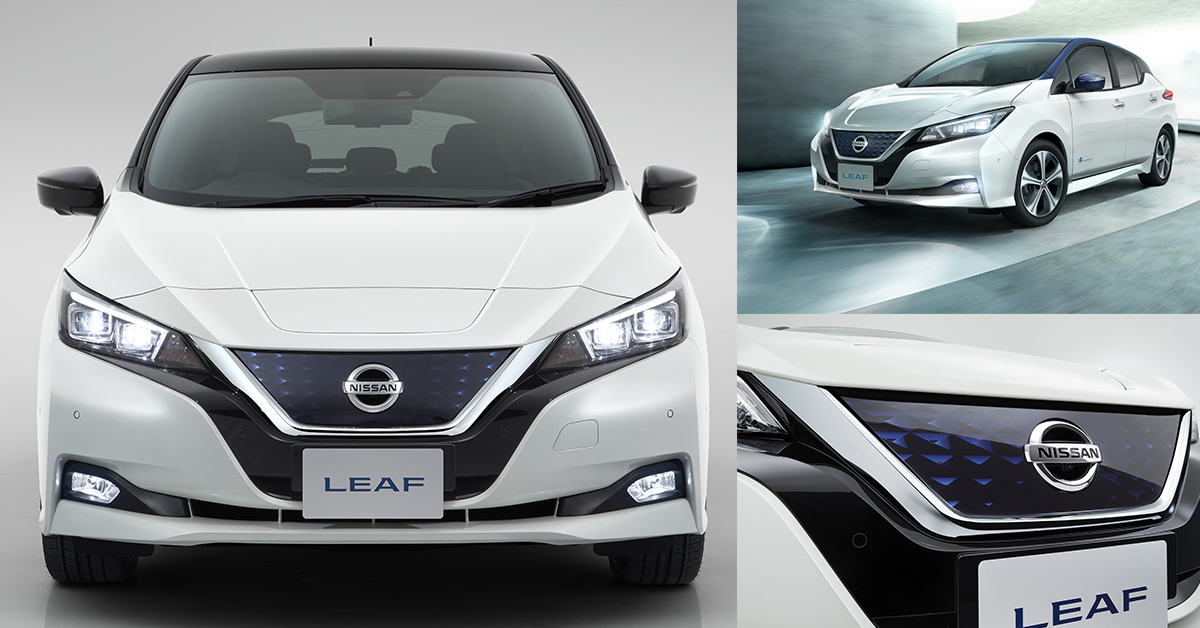 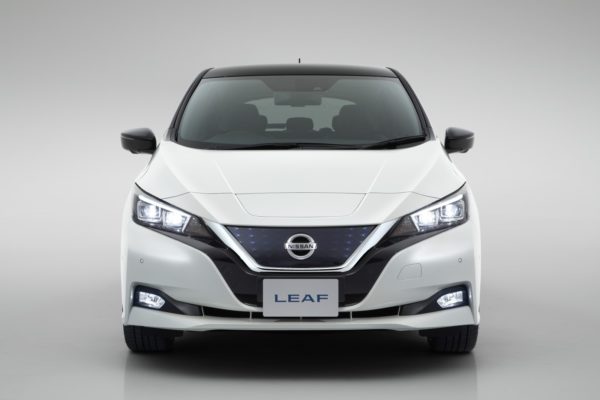 The new LEAF’s e-powertrain delivers a power output of 110 kW, 38% more than the previous-generation Nissan LEAF. Torque has been increased 26% to 320 Nm, resulting in improved acceleration. Added power has not compromised the range. In fact, the new Nissan LEAF’s driving range has been increased. The car’s new lithium-ion battery pack delivers an estimated range of 400 km by Japan standards. For customers who want more excitement and performance, Nissan will also offer a higher power, longer range version at a higher price in 2018 (timing may vary by market). 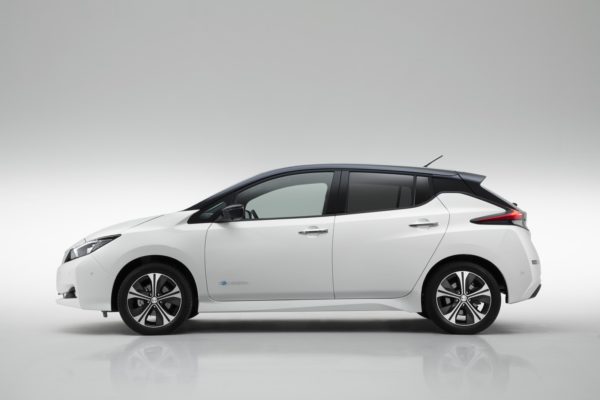 ProPILOT is a single-lane autonomous driving technology. Once activated, it can automatically control the distance to the vehicle in front, using a speed preset by the driver (between about 30 km/h and 100 km/h). It can also help the driver steer and keep the vehicle centered in its lane. ProPILOT Park is a fully fledged system that helps drivers park by automatically controlling acceleration, brakes, handling, shift changing and parking brakes to guide the car into a parking spot.

The e-Pedal, offered as standard equipment, allows the driver the simplicity of starting, accelerating, decelerating, stopping and holding the car by using the accelerator pedal alone. By simply releasing the accelerator, the car will come to a smooth and complete stop and hold without the need to press the brake pedal. Along with ProPILOT, ProPILOT Park and e-Pedal, the new Nissan LEAF is equipped with a set of advanced safety technologies including: 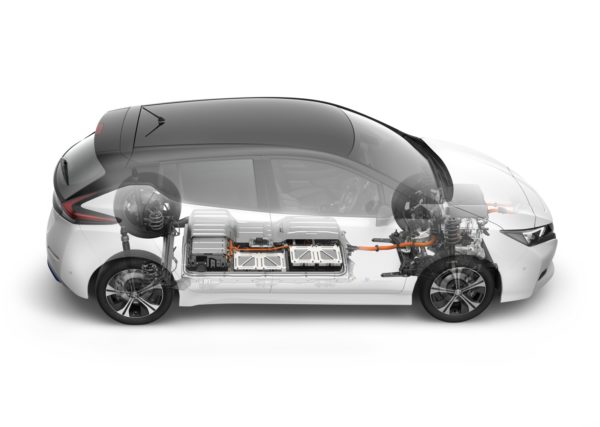 The battery pack occupies the exact same dimensions as that of the previous-generation Nissan LEAF while delivering 67% increase in energy density versus the 2010 model. A newly designed interface on the Nissan LEAF smartphone app allows users to monitor the vehicle’s state of charge, schedule charging, find the nearest charging station, and pre-heat or cool the car before getting in. 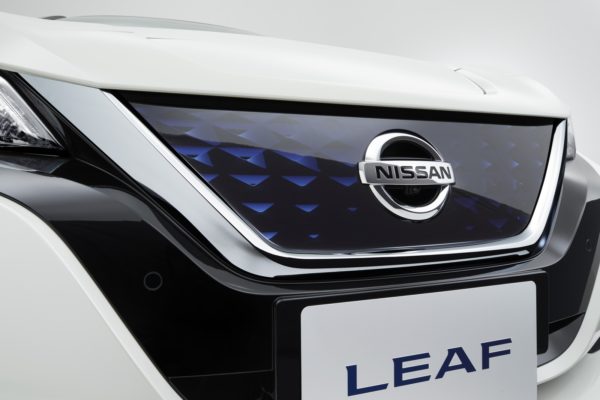 The new Nissan LEAF links drivers, vehicles and communities through the NissanConnect feature and systems that share power between electric vehicles and homes, buildings and power grids. Using vehicle-to-home systems, the battery makes it possible to store surplus solar power during the daytime and then use it to help power the home in the evening. 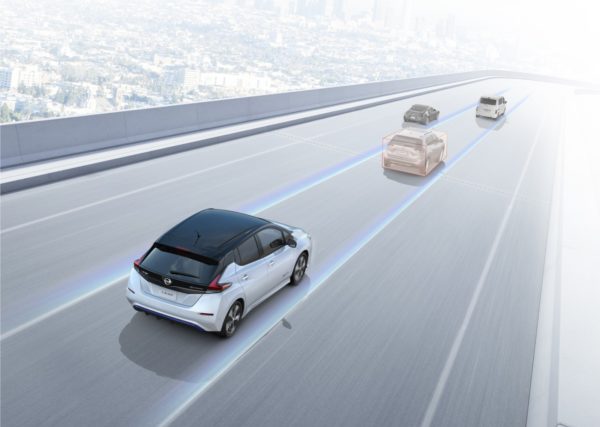 Nissan engineers have enhanced the car’s chassis for better stability. Heavy components including the battery are placed in the center of the body. A software has been upgraded with new control logic that works in conjunction with the steering angle sensor. Additionally, the urethane bump stop for the rear suspension has been replaced by a rubber one to reduce shocks and bumpiness when driving on uneven roads. The new Nissan LEAF also comes with Intelligent Ride Control for more precise electric motor torque control generation when cornering, reducing vibration while simultaneously improving ride quality and steering control. 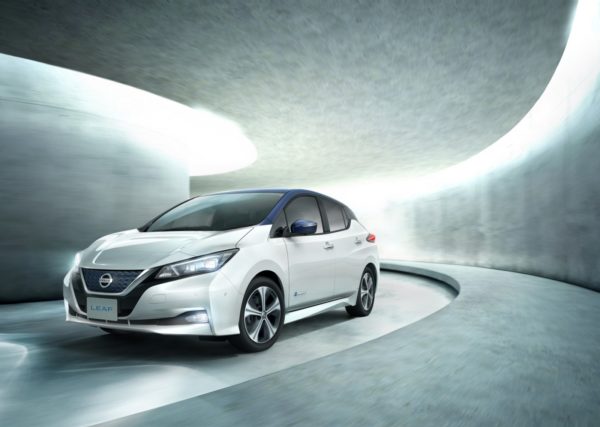 The new Nissan LEAF’s design is inspired by the IDS Concept car, first shown at the 2015 Tokyo Motor Show. The horizontal character line, the bumper and the striking highlights in the lower part of the body emphasize the lower center of gravity. The signature V-Motion grille, the “boomerang” light signature and the floating roof emphasize the presence of Nissan brand design, giving the Nissan LEAF an appearance similar to other Nissan models such as the popular X-Trail. A clear-blue 3D mesh pattern with a “freezing” motif, on a flush surface inside the V-Motion grille, expresses the Nissan LEAF’s uniqueness as an EV. 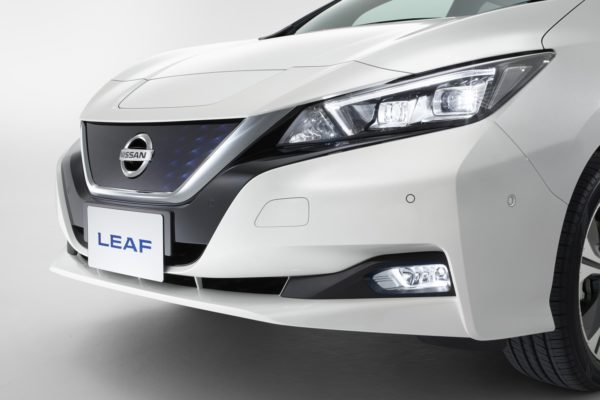 The new Nissan LEAF’s projector-beam headlights with dual, direct-lens low and high beams are a first for Nissan. The rear combination lamps feature a unique signature that’s easily recognizable from a distance. A spoiler integrated in the window graphics gives the new Nissan LEAF a sporty look. The low hood blends flawlessly into the windshield and floating roof, creating a sleek silhouette that makes air flow. The underfloor and a diffuser-type rear bumper combine to achieve reduced drag and zero lift. 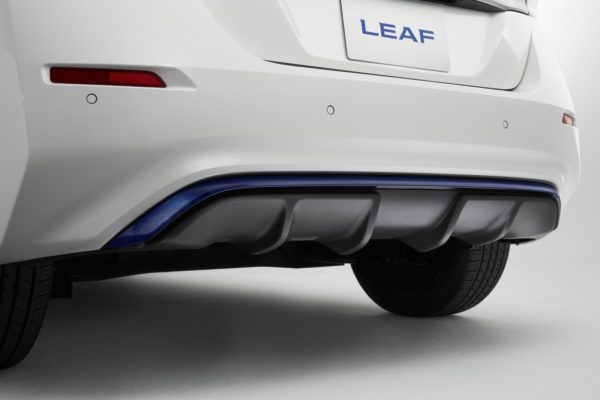 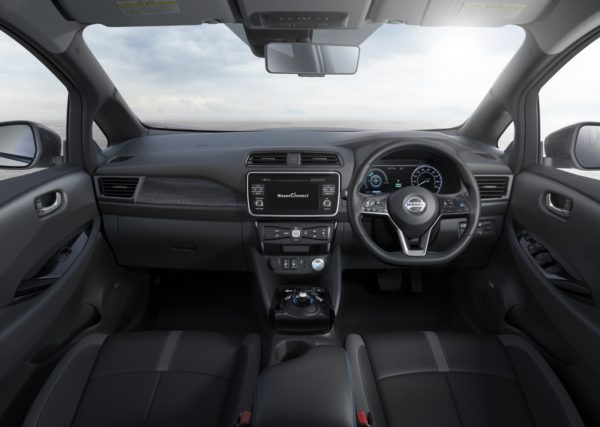 Monitors and switches have also been redesigned. On the left side, the 7-inch, full-color, thin-film transistor (TFT) display shows a power gauge meter as the standard setting. The driver can change the information that’s displayed. The center display has a screen with a flush-surface design allowing the driver to easily operate audio and navigation systems and connect to smartphones intuitively with just a fingertip. The display shows the Safety Shield technology, the vehicle’s state-of-charge and a power gauge, as well as audio and navigation system information. Apple CarPlay has been added to the infotainment system in cars equipped with the navigation system. The audio functions can be modified with a steering switch, without the driver taking their hands off the steering wheel. 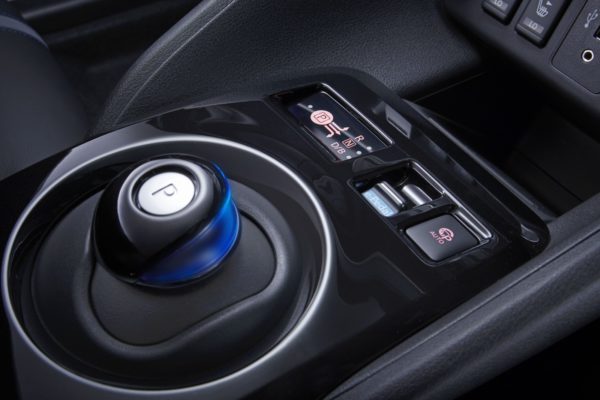 A matte chrome finish has been applied to the rim of the steering wheel, wrapped in genuine leather, and the center display. Matte and glossy shades of black have been applied in the air conditioner control panel and the vent grille. Dual cup holders are now between the driver’s seat and front passenger seat. This allows for a new stowage area at the base of the center console as well as an easily accessible power switch, a 12-volt power outlet and a USB port. The rear cargo area has been redesigned to provide increased luggage space, offering 435 liters (VDA) of available stowage. 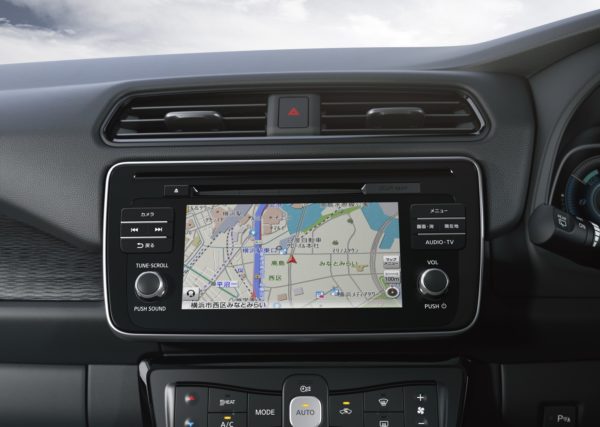 The new Nissan LEAF is available in white, yellow, red and light blue body colors combined with a black roof. In addition to basic colors, a new color, Spring Light Green, is offered. The new Nissan LEAF is also available in two-tone colors. An all-black interior gives an air of cool sophistication. The alternative option is a pale shade of gray, which is applied to the seats, door trims, central portion of the dashboard and central armrest. These surfaces contrast with the dark gray accents of the central console, binnacle, lower and upper dashboard sections and steering wheel.

The new Nissan LEAF goes on sale October 2, 2017 in Japan. The model is slated for deliveries in January in the U.S., Canada and Europe. It will be sold in more than 60 markets worldwide.

Check Out The New Nissan LEAF in the video below followed by technical specifications and a detailed image gallery: