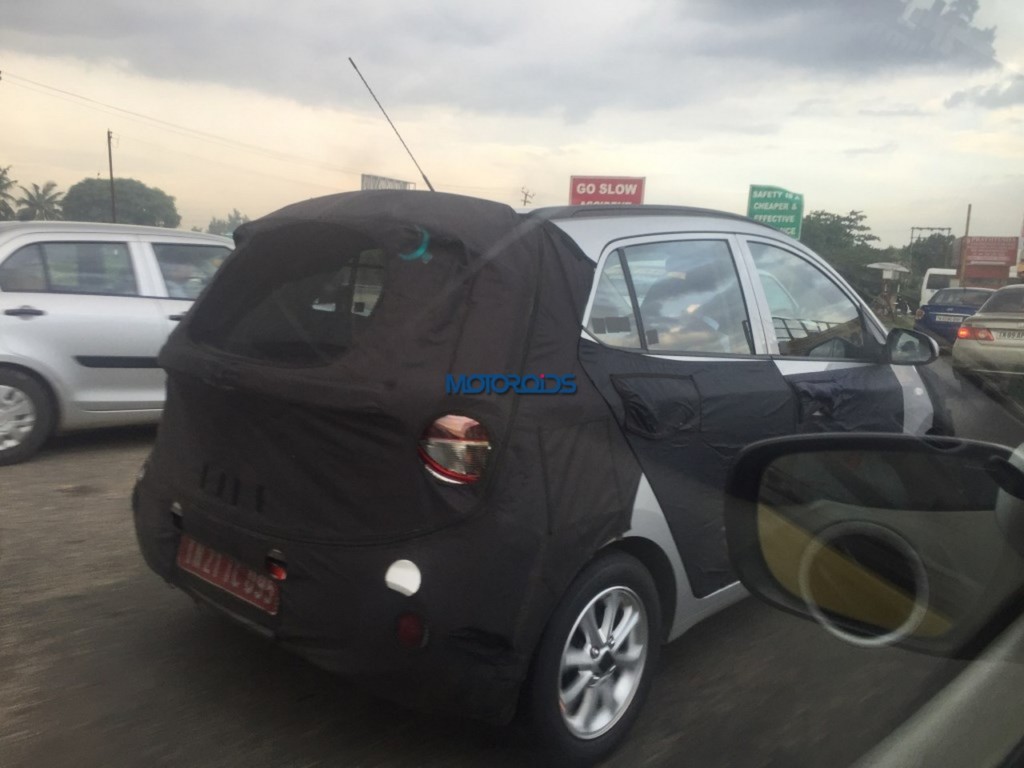 The upcoming Hyundai Grand i10 facelift, fully camouflaged, has been caught testing by Motoroids reader Apurv Gautam on the Bangalore Chennai Highway near the Hyundai plant. Hyundai has already revealed the new i10 (sold as the Grand i10 in India) before its public debut at the Paris Motor Show in early October 2016. To be launched in Europe and India simultaneously in and around November, the face-lifted hatchback receives subtle aesthetic and technological upgrades. 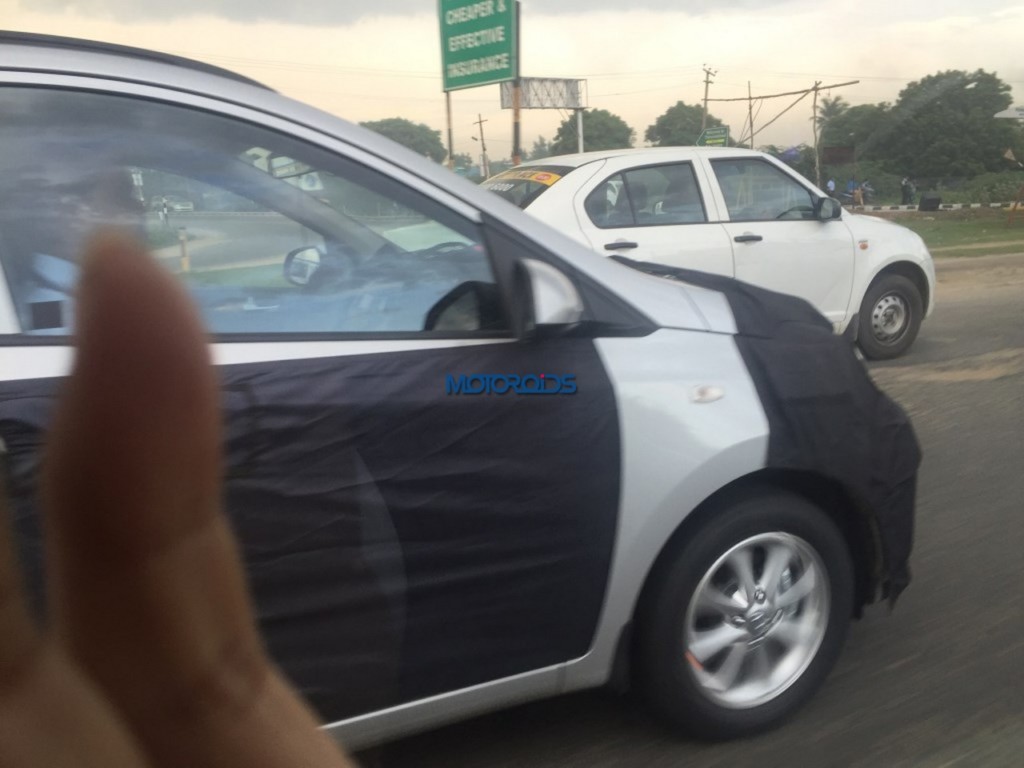 Stylistically, the Grand i10 facelift will receive the brand’s ‘Cascading front grille’ with new round LED daytime running lights positioned at the edges, a new front bumper design, along with an updated rear bumper with a new black inlay and a round rear fog lamp. The Grand i10 facelift also features a new set of 14-inch alloy wheels, while redesigned side mouldings with a new shape and size round off the aesthetic upgrades. 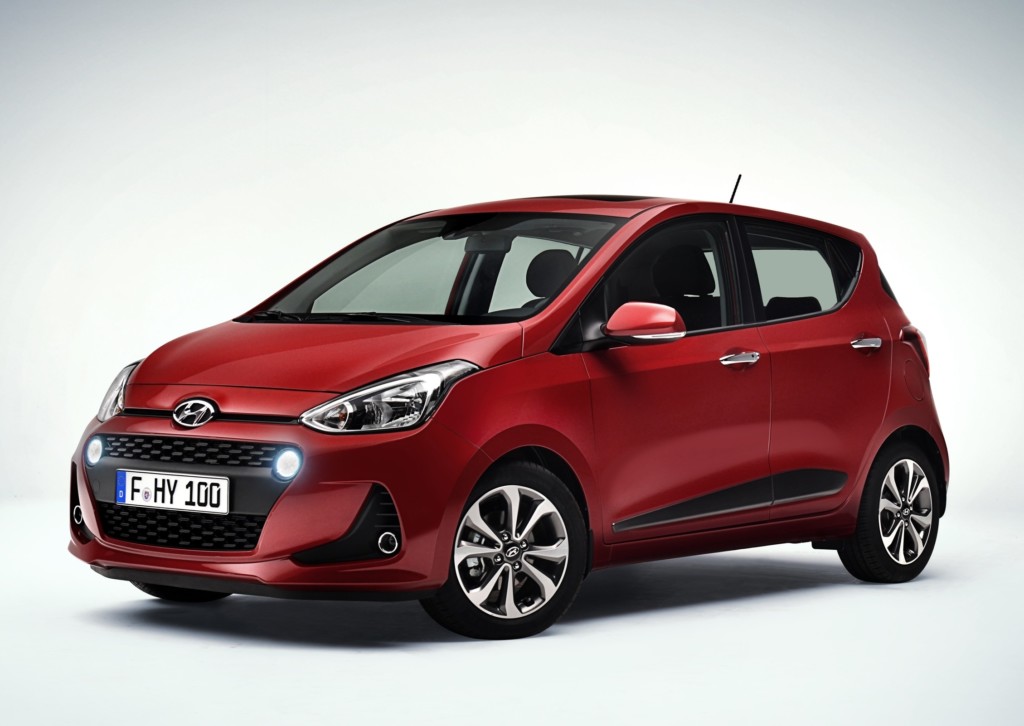 Inside, the Grand i10 facelift will come with a new shade of red cloth, apart from a choice of blue and black interior colours on all trims. Equipment wise, there’ll be a new seven-inch touch screen navigation system offering Apple CarPlay and Android Auto integration in the UK, although it remains to be see if this feature is carried over to the India-spec model. In the UK, the new i10 will come with the choice of two, 1.0-litre and 1.25-litre petrol engines. For India though, the existing 1.2-litre petrol and 1.1-litre diesel engines are expected to be carried over.