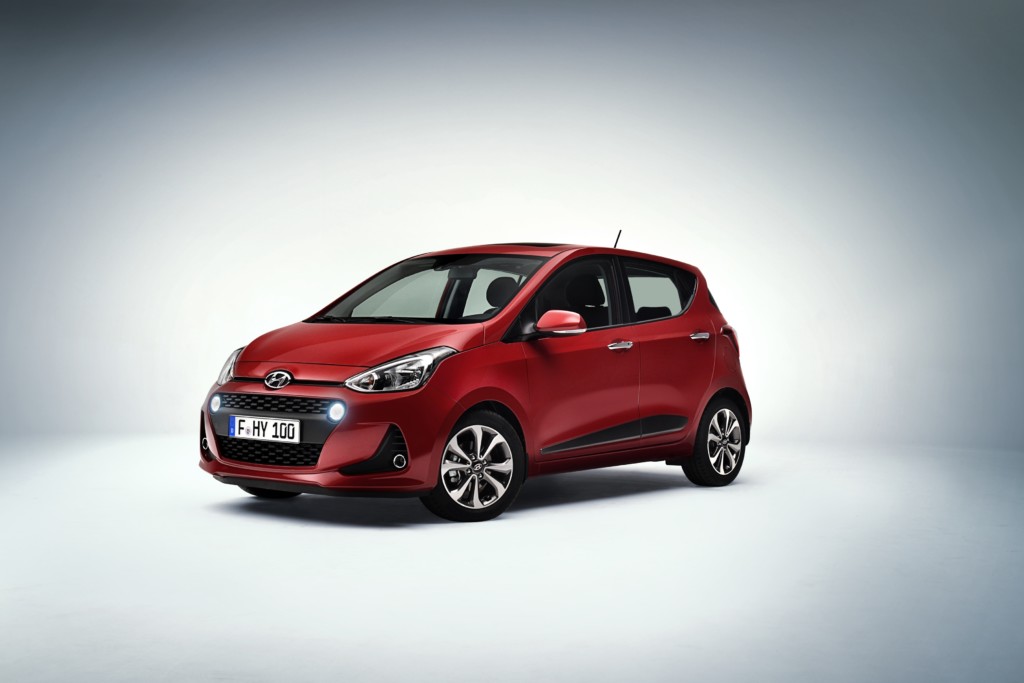 Hyundai has revealed the new i10 before its public debut at the Paris Motor Show in early October 2016. Sold as the Grand i10 in India, and the new i10 in Europe, the face-lifted hatchback receives subtle aesthetic and technological upgrades. 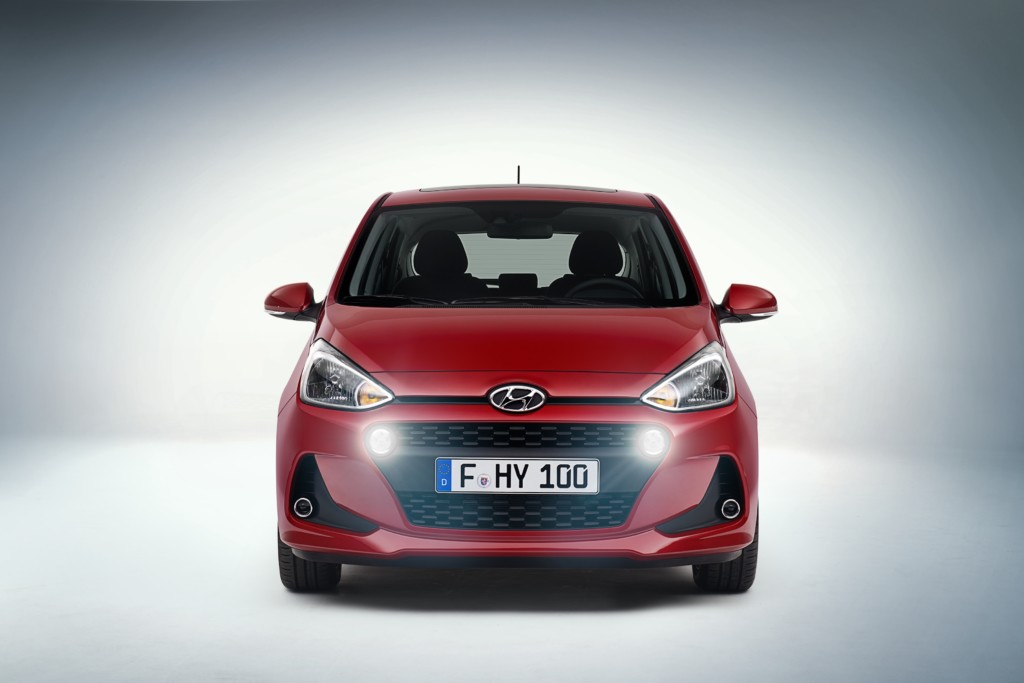 Up front, there’s the new ‘Cascading front grille’, which, according to Hyundai, will eventually become the new family identity for it’s models in the future. So that makes the new i10 the first Hyundai car on the road with this new signature design feature. The new i10 also features a new bumper design and new round LED daytime running lights, positioned at the edges of the new grille. 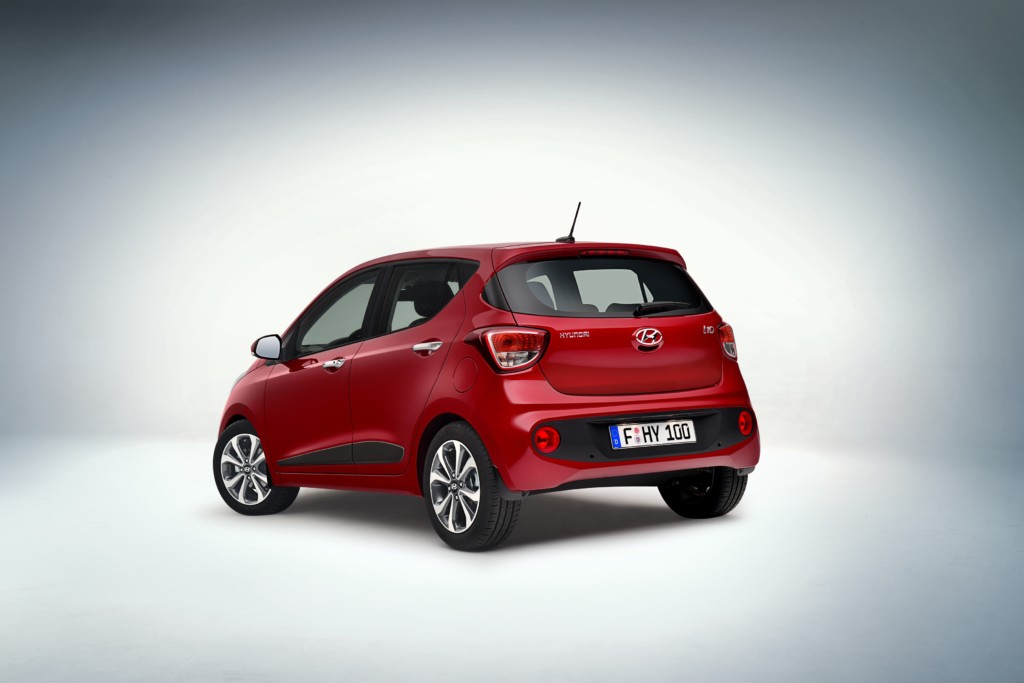 On the rear, the bumper design has evolved, with a new black inlay as well as round rear fog lamps mirroring the new front design. The new i10 introduces a new design of 14-inch steel or alloy wheel. Redesigned side mouldings with a new shape and size round off the aesthetic upgrades. 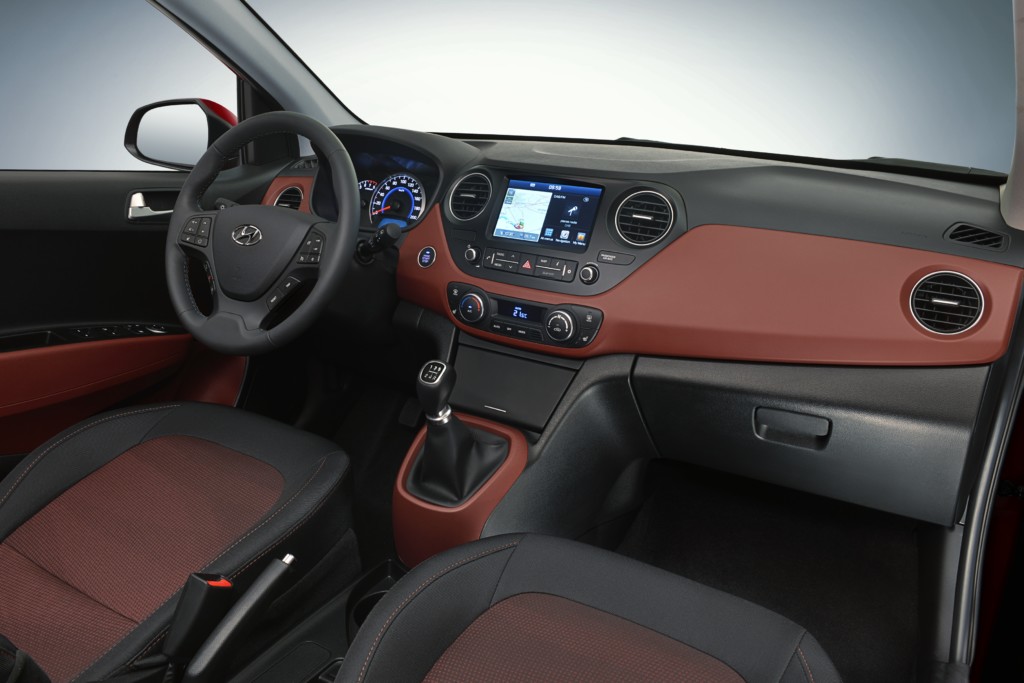 Moving to the interior, the new i10 comes with a new shade of red cloth, apart from a choice of blue and black interior colours on all trims. The new seven-inch touch screen navigation system offers Apple CarPlay and Android Auto integration, which offer mirrored functionality of mobile devices based on iOS or the Android operating system. 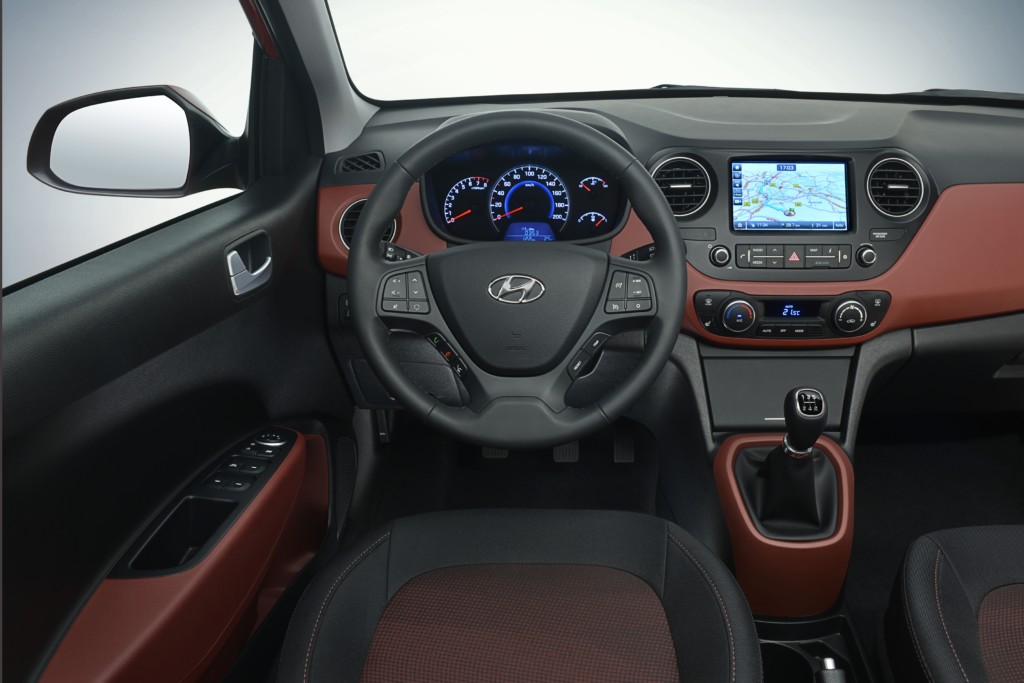 Comfort and convenience features on the new i10 (for the UK) include automatic air conditioning, heated steering wheel and front seat warmers, and the segment-leading trunk volume of up to 252 litres. In terms of safety, the new i10 now comes with new multi-functional camera: a Front Collision Warning System (FCWS) and a Lane Departure Warning System (LDWS) (optional on most trims). 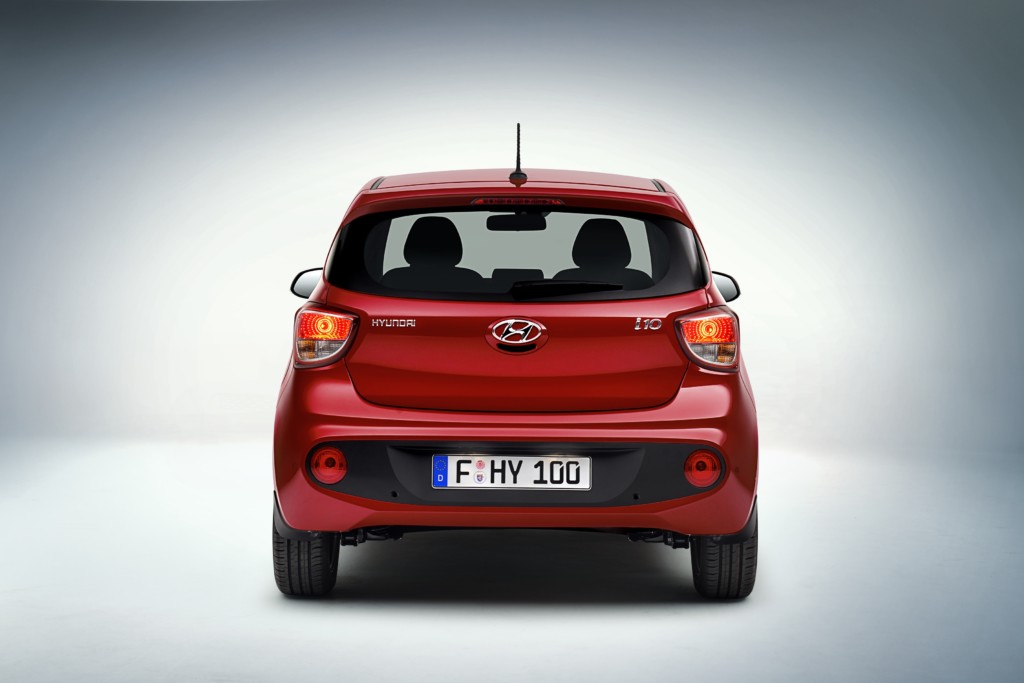 In the UK, the new i10 will come with the choice of two petrol engines, 1.0-litre and 1.25-litre, driving the front wheels through five-speed manual as standard or four-speed automatic gearboxes. The BlueDrive model, based on the 1.0-litre petrol variant, includes a number of features to reduce fuel consumption. The new i10 (Grand i10 facelift) is expected in India later this year.