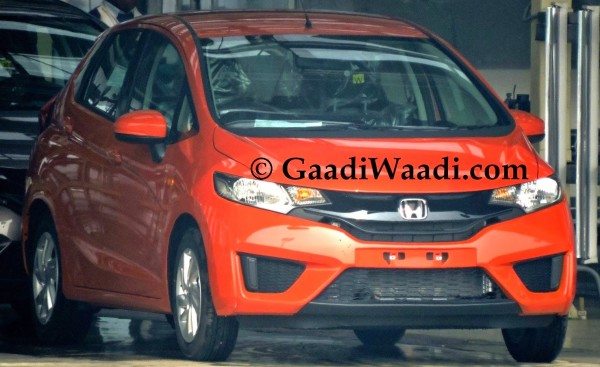 The chirpy, lovable Jazz will be back for 2015. A report says that the new Honda Jazz has commenced production in India, at the Japanese automaker’s Rajasthan plant, and a launch is expected in March 2015. The same plant also caters to the popular City sedan, and it would seem like a logical move to produce the Jazz there as well, because both cars will be sharing critical components with each other.

Launched in 2009, the Jazz’s last Indian run was a bit of a dampener. Though big on volume, refinement and funk, it didn’t strike a chord with the typical Indian hatchback buying audience because of the slightly premium price tag. Too ahead of its time, Honda had to stop playing it in early 2013. Now, with the market having matured a tad, the stage is being set for the Elite i20-Maruti YRA-new Honda Jazz fight.

The car will be powered by the 1.5 liter i-DTEC turbo diesel motor found in the Amaze, the City and the Mobilio, while it will share the 1.2 liter petrol motor with the Brio. A 5-speed manual transmission will be standard, while the city slickers can even opt for a CVT with steering mounted paddle shifters, making it the cheapest car sold in the country with flappy paddles. However, the CVT will be limited to the petrol variant only.

Stay tuned for more news on the new Honda Jazz.