One of the most iconic offroad vehicles, the Land Rover Defender is about to be born again in a new avatar. It has now moved a step closer to production after successfully completing a demanding testing program with Tusk in Kenya, in support of their lion conservation initiatives in Africa. A prototype Land Rover Defender fitted with an integrated raised air intake and wearing a unique camouflage, which was specially devised for the surroundings, supported operations at the 14,000-hectare Borana Conservancy, tracking radio-collared lions and transporting supplies.

The unique test programme gave Tusk operatives a chance to put the new Defender through a series of real-world tests as wildlife managers forded rivers, pulled heavily loaded trailers and negotiated challenging terrain. The prototype model was even used to help replace the inoperative tracking collar fitted to a male lion, which was sedated at close range from the security of the new Defender. The Borana Conservancy is home to flat plains, deeply rutted tracks, steep rocky inclines, muddy river banks and thick forests, giving the new Defender a chance to showcase its unrivalled breadth of capability. 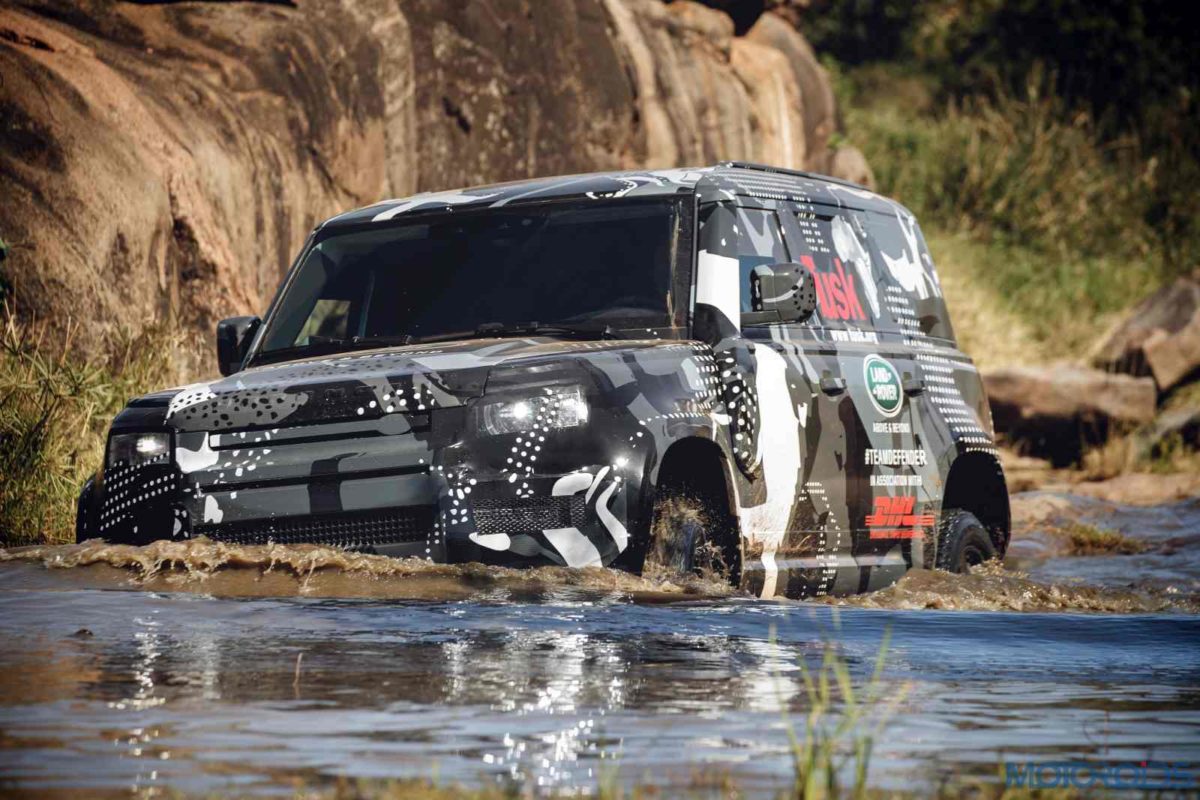 Nick Collins, Vehicle Line Director, Jaguar Land Rover, said: “‘We are now in the advanced stages of the new Defender’s testing and development phase.  Working with our partners at Tusk in Kenya enabled us to gather valuable performance data. The Borana reserve features a wide range of challenging environments, making it a perfect place to test to the extreme the all-terrain attributes of the new Defender.” 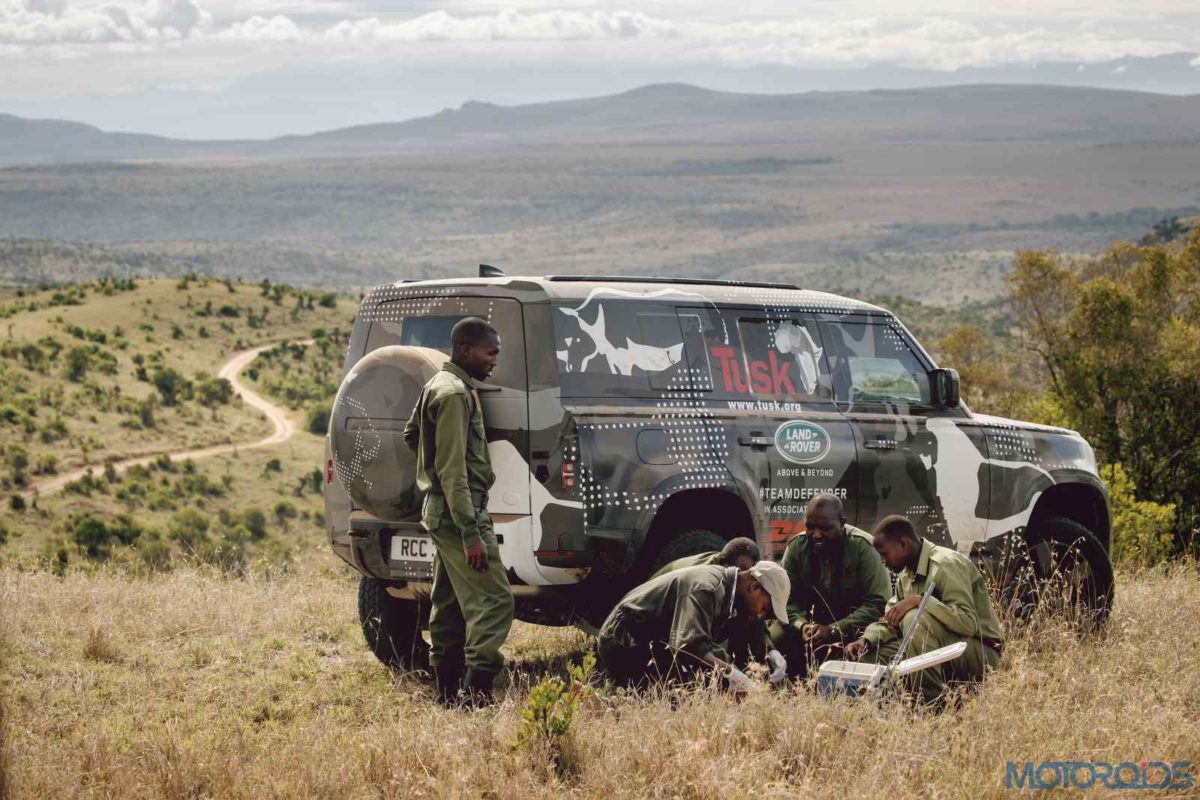 Land Rover has been an official partner of Tusk for 15 years and the Defender was put to work at the Borana Conservancy to support its lion conservation program, to highlight the critical situation faced by lions across Africa. Three-quarters of lion populations on the continent are in decline and black and white rhinos now outnumber the big cat in Africa. Fewer than 20,000 lions survive in the wild globally – a figure that has declined from 200,000 over the last century. 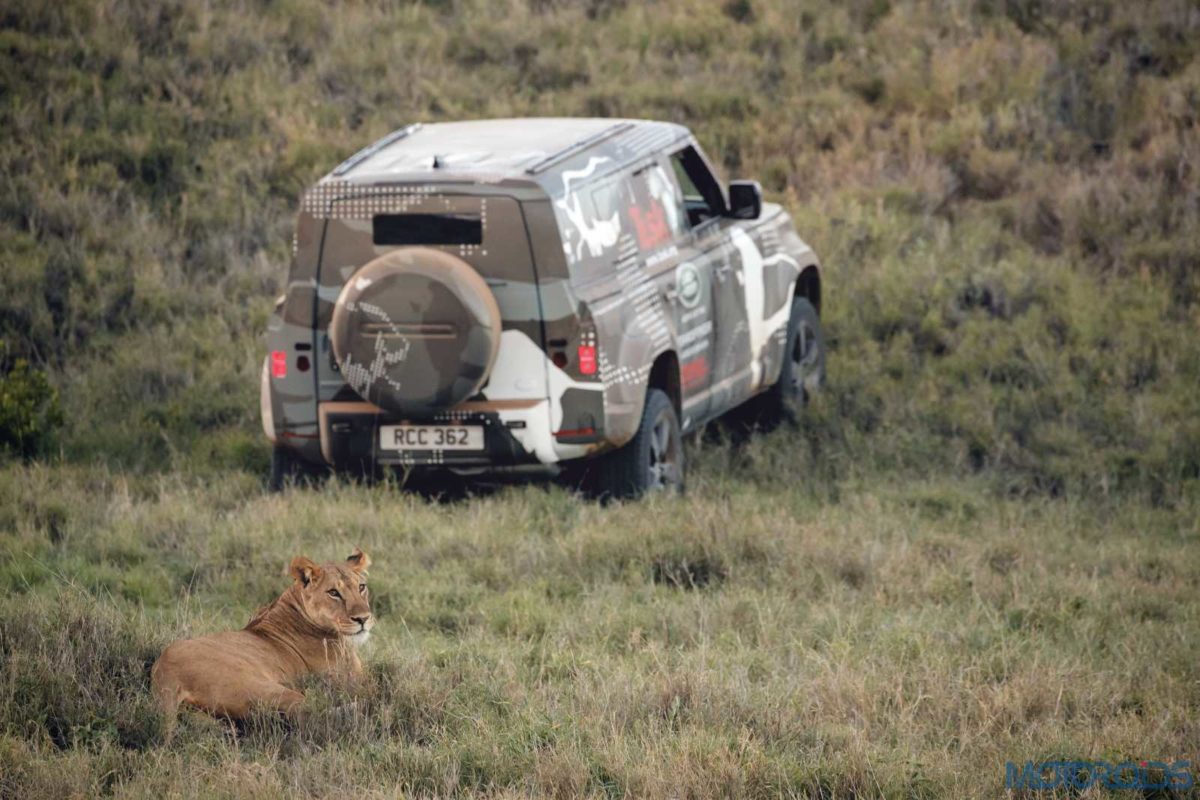 Charles Mayhew MBE, Chief Executive, Tusk said: “This year marks Tusk’s Year of the Lion. Our aim is to raise awareness of the alarming decline in lion populations across Africa. Fortunately, within the Borana Conservancy, there are the pride of lions and tracking and monitoring their movements across this vast and tough environment is vital in order to protect them and reduce any conflict with neighbouring communities. The new Defender took everything in its stride, from deep river wading to climbing rocky trails.”