Hyundai’s answer to the likes of the Maruti Suzuki Swift and the Ford Figo, the Grand i10 has been on sale in the market for quite some time. Given a facelift in the year of 2017, the car has now begun to show its age and it is about time Hyundai released a new generation model to up their game. With testing already begun, here are some new spy shots of the car, sent by our reader, Chandrasekar L. These spy shots reveal a new detail of the car, the brand new 4 dual-spoke alloy wheels which appear to be of a larger diameter compared to the current model, have a look.

Chandrasekar also tells us that the new generation model uses a touchscreen infotainment system which is placed on a very flat and unconventionally designed dashboard. Unfortunately, this detail was not captured on his camera. The dimensions seem to have increased while retaining the fluidic design language of the car. We also see holes cut out in the camouflage for the parking sensors, and a camera would also be present but not seen in the images here. Roof rails too, continue to be on offer, adding an element of sportiness. Expect a redesigned version of Hyundai’s cascading grille to be on offer as well. 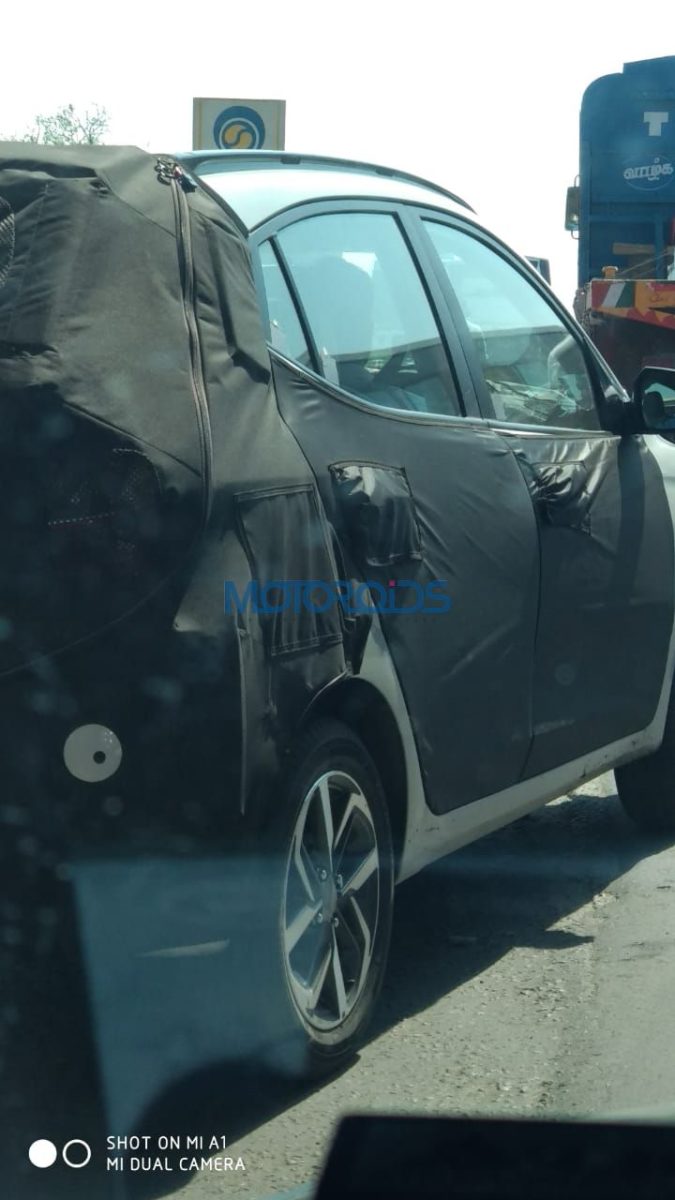 Under the bonnet, expect Hyundai to use the same 1.2-litre petrol and diesel motors. The petrol motor has 83 hp on offer while the oil burner offers 75 hp. Both these engines are paired with 5-speed manual gearboxes, however, the biggest change over here could be the introduction of an AMT gearbox. The petrol engine currently comes paired with a 4-speed torque converter which is rather good but with the torque converter, the cost of the car gets much higher. With an AMT gearbox, Hyundai will be available price the automatic variants of the car very competitively. Expect this new generation Grand i10 to be launched after the upcoming Venue compact sedan, before the end of this year. Stay tuned for more news on this hatchback and do have look at some of these spy images.