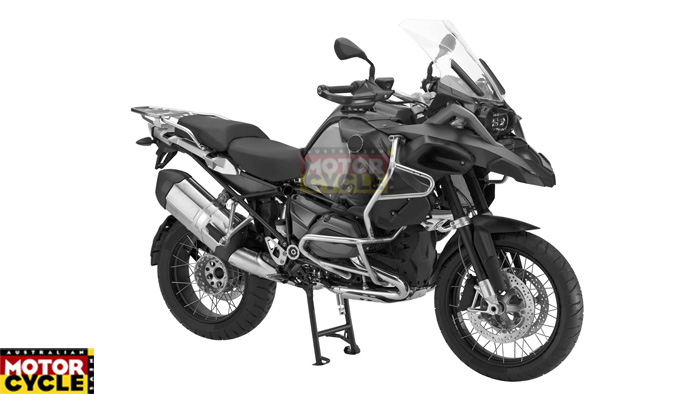 Sometimes there is no need for prying eyes to spy snap automobiles under tests- the manufacturers do it themselves. One such case is the next generation BMW R1200GS Adventure. The set of pictures published  online by MCN Australia and have been reported to have leaked from BMW’s design patent application revealing a bunch of visual changes in the new motorcycle.

Talking of changes, a mammoth 33 litre tank is now standard which earlier was sold as special equipment/ accessory on the base variant. An increased capacity of 13 litres over the base model takes the new BMW R1200GS Adventure to a range of 500 kms on a single fill as compared to the earlier 300. 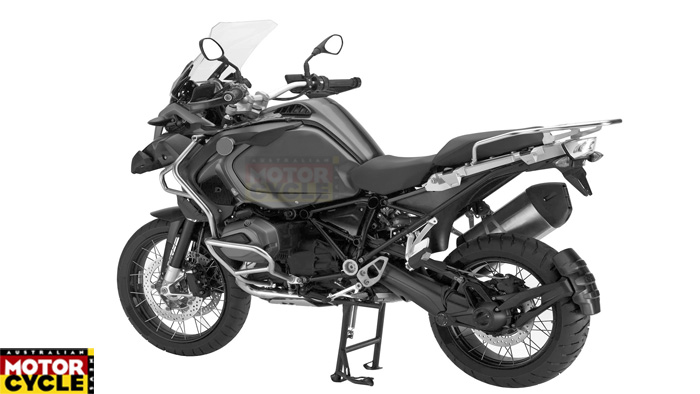 BMW’s electric semi-active suspension (ESA) is clearly visible in the images that allow to program/ alter the settings of the suspension based on the varied load on the motorcycle arising on accounts of fuel and luggage weight. An Anti-locking Braking System (ABS) setup that can be used in off-road conditions and Automatic Stability Control (ASC) are slated to be a standard feature on the new BMW R1200GS Adventure. Also the new bike sports a redesigned LED head light, though the setup of which isn’t completely clear in the picture, but seems to have retained the trademark asymmetric arrangement . 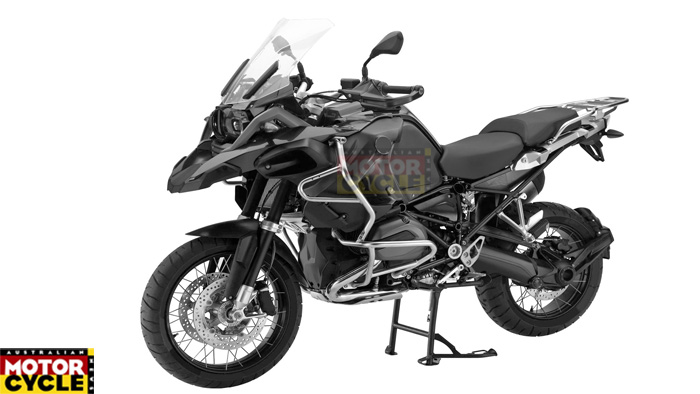 A ride height is stated to have been increased by an approximate 30mm with wired wheels as standard. The stainless steel luggage rack has been revised to a more simpler design without side fastening points available on the current R1200GS Adventure. The exhaust looks sharp and beefy sporting vertically stacked pipes as against the horizontal arrangement on the present model. 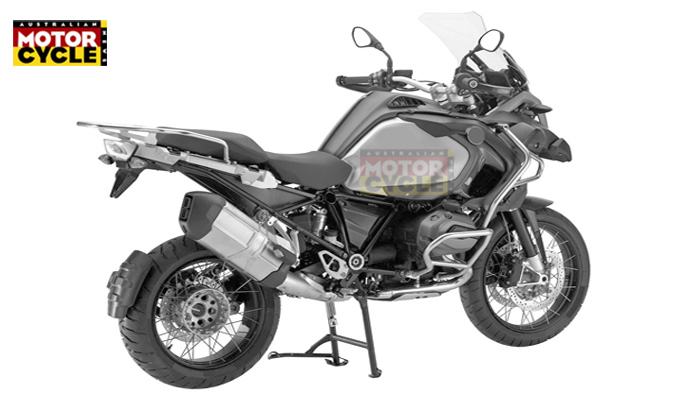 In conclusion, we’d say thanks to BMW Motorrad for the scoop 😉