Audi has unveiled the all-new, second generation A1 Sportback. Available exclusively as a five-door Sportback, the latest car features dynamic new styling which is complemented with infotainment and driver assistance systems on a par with the contemporary full-size class.

In terms of design, the A1 Sportback has grown significantly in length and it now measures 4.03 metres. Upfront is a wide, low-placed Singleframe grille and the side air inlets, above which are three flat bonnet slits which pay homage to brand’s rally icon from 1984, the Sport quattro. 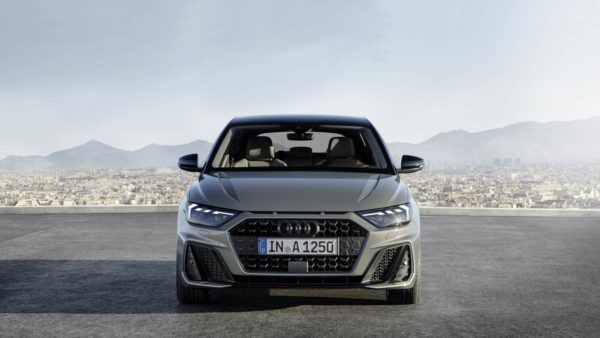 In the UK the new A1 Sportback will be offered in conjunction with SE, Sport and S line specification options. In S line form gets larger air inlets, additional sill trims, an elongated slit centrally below the bonnet with two fins and a larger rear wing. The top version will also get twin tailpipes. The new A1 Sportback is available in a choice of ten colours which, as an option, can be combined with a contrasting roof colour extending from the A-pillar to the roof edge spoiler. The exterior mirror housings, the side front spoiler lips and the side sills are also available in a contrasting colour.

Inside, all of the controls and touch-screen displays are strongly driver-oriented. The display and the air vent strip on the front passenger side are integrated into an area with a black glass look. In the dark, the cockpit can be brought to life by an optional contour and ambient lighting package that includes LED light elements in 30 selectable colours. Luggage capacity has increased by 65 litres to 335 litres, and with the rear seats folded down, this increases to 1,090 litres. 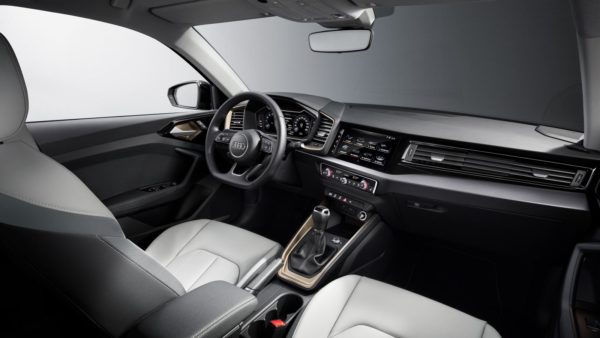 The new Audi A1 Sportback, even in the entry level SE version, features a fully digital instrument cluster with a high-resolution, 10.25-inch display and a multifunction steering wheel as standard. The optional Audi virtual cockpit with an extended range of functions presents comprehensive information. The Audi smartphone interface, which is standard for all versions, integrates iOS and Android smartphones using Apple CarPlay and Android Auto into an environment in the MMI programmed specifically for them, and offers two USB interfaces.

The driver assistance systems for the Audi A1 Sportback also come directly from further up the range. The standard lane departure warning helps the driver to keep the car in the lane from a speed of 40mph. Also standard is the speed limiter, which prevents the A1 Sportback from exceeding a selected maximum speed. Another standard feature is Audi pre sense front. The radar sensor recognises critical situations involving other vehicles, crossing pedestrians or cyclists ahead of the vehicle, even when visibility is poor such as in fog. The optional adaptive cruise assist is also radar-based. 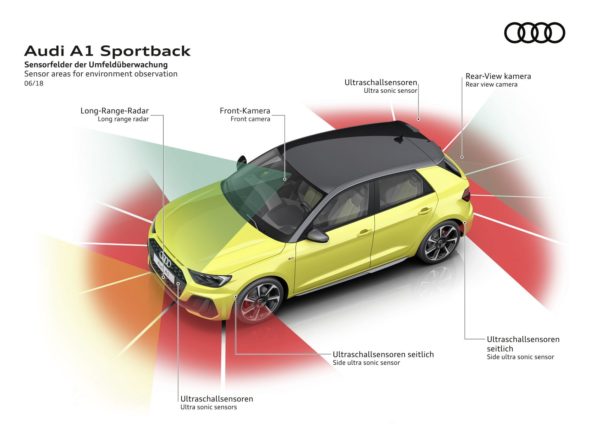 The new Audi A1 Sportback also offers various optional systems. For the first time, there is a reversing camera in addition to the rear parking system. The front ultrasonic sensors of the system recognise objects in front of the car and emit acoustic and visual warnings. The park assist system automatically parallel parks the A1 Sportback and, in its latest form, can also park forwards into perpendicular parking spaces, manoeuvring multiple times if necessary. The system can also exit parallel parking spaces.

Mechanically, there is a choice of TFSI engines with outputs ranging from 95PS to 200PS. Three engines will initially be available: 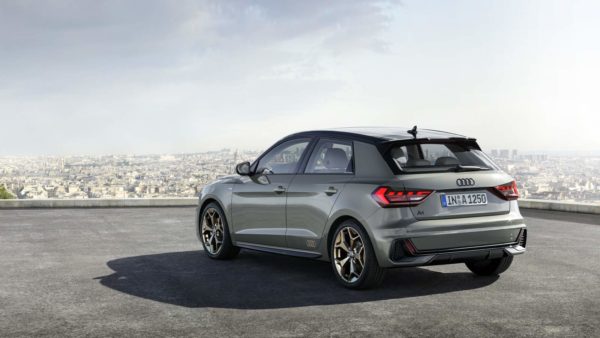 These will be followed shortly afterwards by the 25 TFSI base engine with 95PS output. All engines can be linked to either a manual gearbox or the seven-speed S tronic dual-clutch transmission, with the exception of the 200PS variant which uses a six-speed S tronic transmission as standard.

Check out more images of the new Audi A1 Sportback below:

Check out the official release of the new Audi A1 Sportback below: