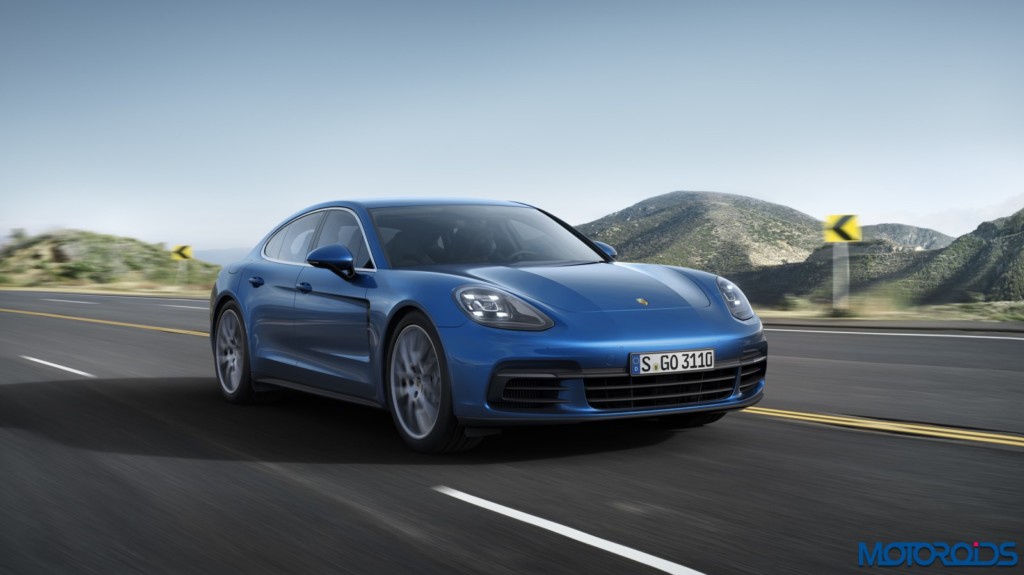 Porsche has unveiled its all-new 2017 Porsche Panamera – its sporty four-door, four-seater, family Grand Tourer, which is now in its second generation. Re-designed and redeveloped to the last detail, the new Panamera looks much better than the model it replaces. The engines, transmission and the interior, along with drive systems have all been redesigned completely. Here’s all that you need to know. 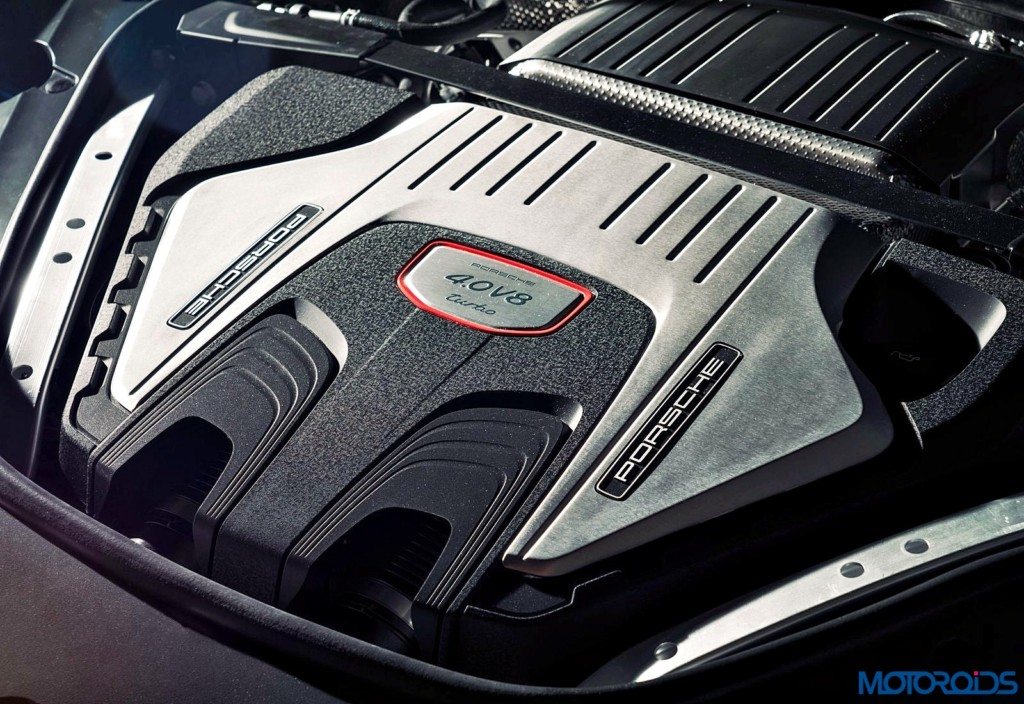 The Panamera 4S Diesel gets a new eight-cylinder engine, for the first time in conjunction with permanent all-wheel drive. The most powerful diesel implemented in a Porsche production car to date develops a power of 422 hp and an immense peak torque of 850 Nm between 1,000 to 3,250 rpm. With a top speed of 285 km/h, the Porsche Panamera 4S Diesel is currently the world’s fastest production vehicle with a diesel engine. The Gran Turismo reaches the 100 km/h speed mark in 4.5 seconds (4.3 seconds with the Sport Chrono Package).

All the variants of the Panamera get Normal, Sport, Sport Plus or Individual modes as standard. All engines come mated to a newly developed eight-speed PDK transmission. 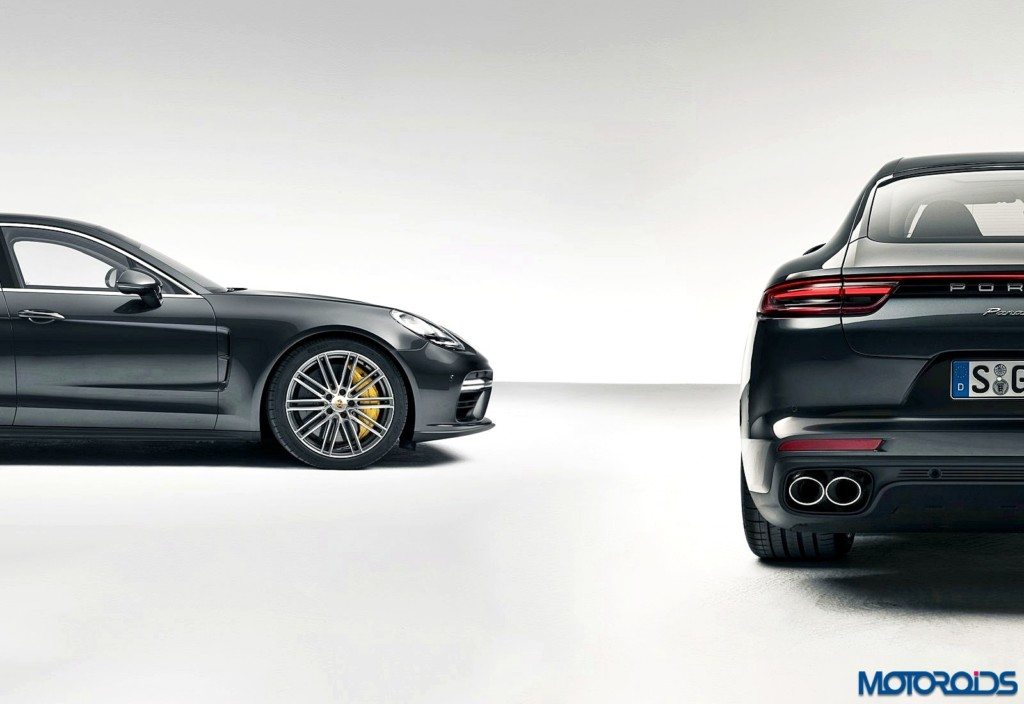 The new Panamera sits 20mm lower than the model it replaces, with more athletic flanks and pronounced shoulders, along with a sporty roofline. This typical Porsche ‘flyline’ treatment creates a stylistic link to Porsche’s design icon, the 911. The new Panamera is 34 mm longer, 6 mm wider and 5 mm taller than the model it replaces. Despite the slight increase in height, the four-door car manages to look much lower and longer. The wheelbase has been increased by 30 mm to 2,950 mm; this too lengthens the car’s proportions. 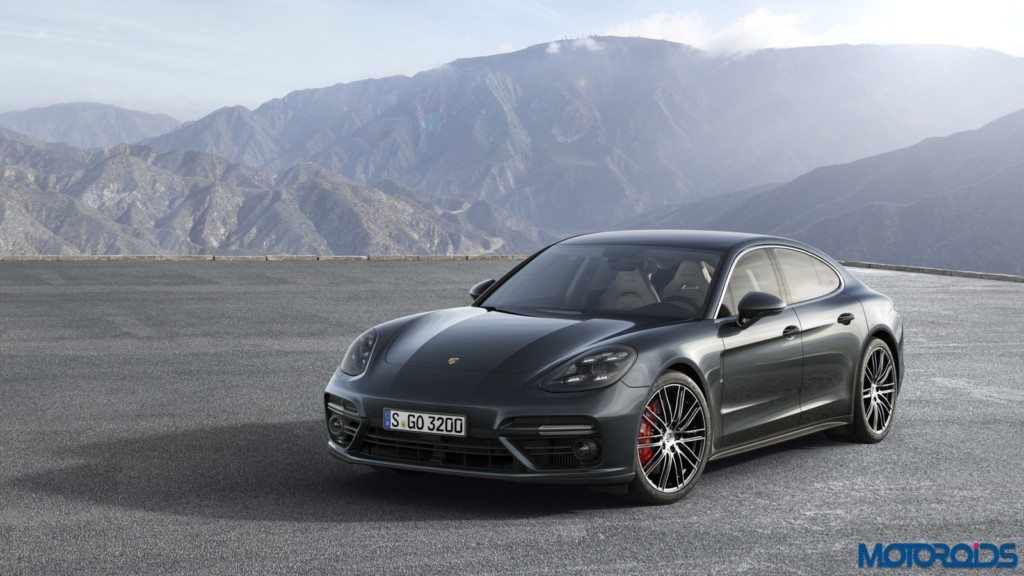 The large arches provide space for 19, 20 or 21 inch wheels, based on the variant. The Panamera 4S and 4S Diesel can be recognised by their round tailpipes, while the Panamera Turbo has trapezoidal tailpipe trims.

From the low seating position the drivers get to see car’s front wings and powerdome along with two 7-inch displays that are placed directly in the driver’s line of sight. Located in the middle of these two displays is the tachometer, which is still an analogue instrument. The tachometer, positioned centrally is a tribute to the 1955 Porsche 356 better known as the Speedster. 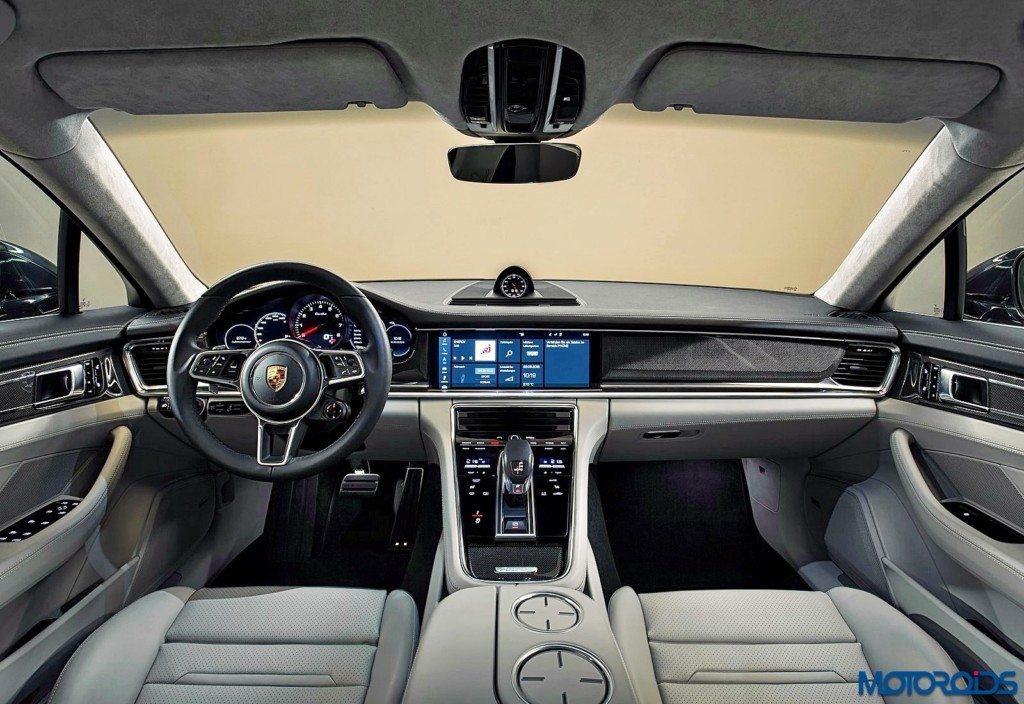 The gearshift console between the driver and the front passenger is dominated by the 12.3-inch touchscreen of the next generation Porsche Communication Management (PCM) system. The driver and front passenger can configure this display individually. The PCM system gets features such as online navigation, the online functions of Porsche Connect, smartphone integration via Apple Car Play and a new voice control system. 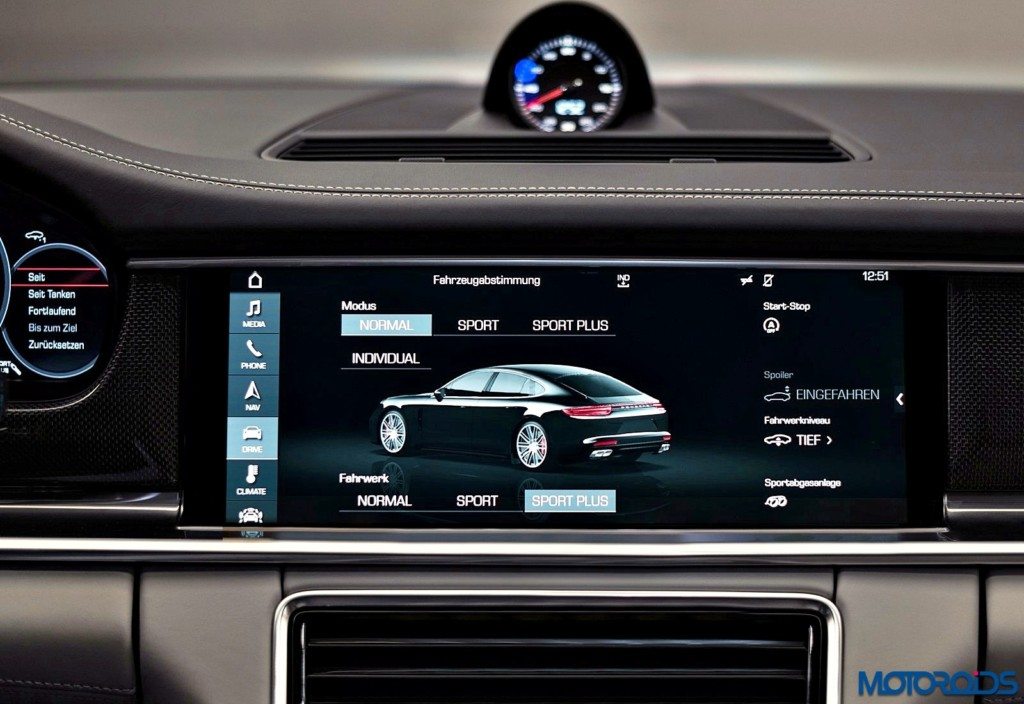 The Porsche Panamera gets a 40:20:40 split of the folding rear bench backrests. Boot space is 495 litres, which can be extended to 1,304 litres. Optional elements include a panoramic tilt roof, massage seats, ambient lighting and a 3D high-end sound system from Burmester. 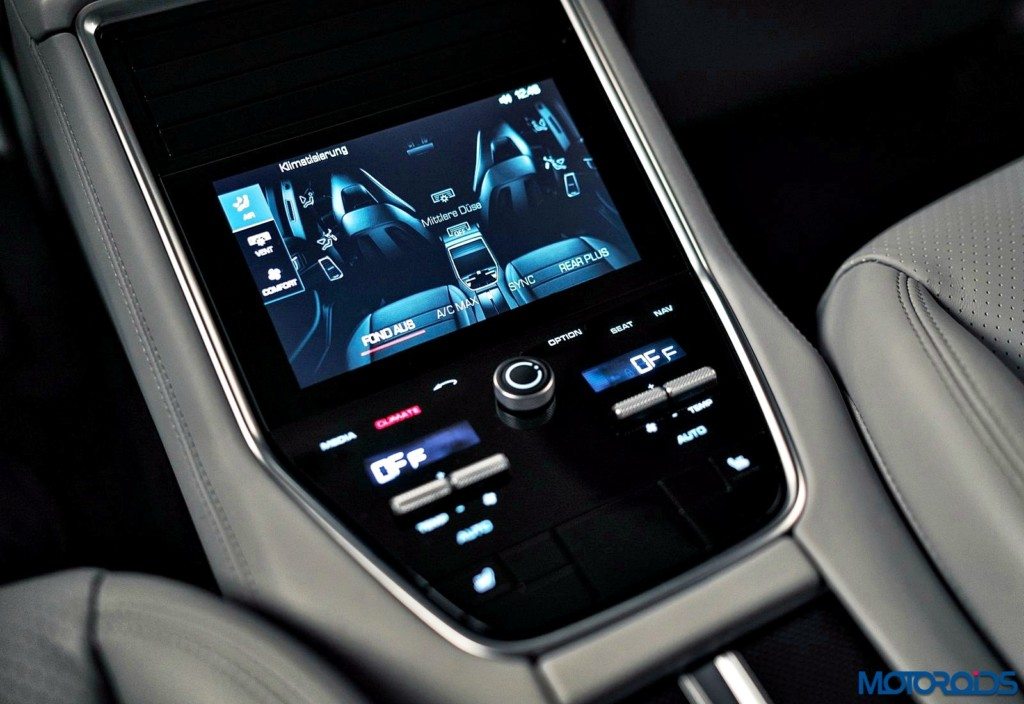 A special focus inside the cabin has been to make a clear and intuitive user interface like that of smartphones. Classic hard keys and conventional instruments have been reduced significantly. They have been replaced by touch-sensitive panels and individually configurable displays. 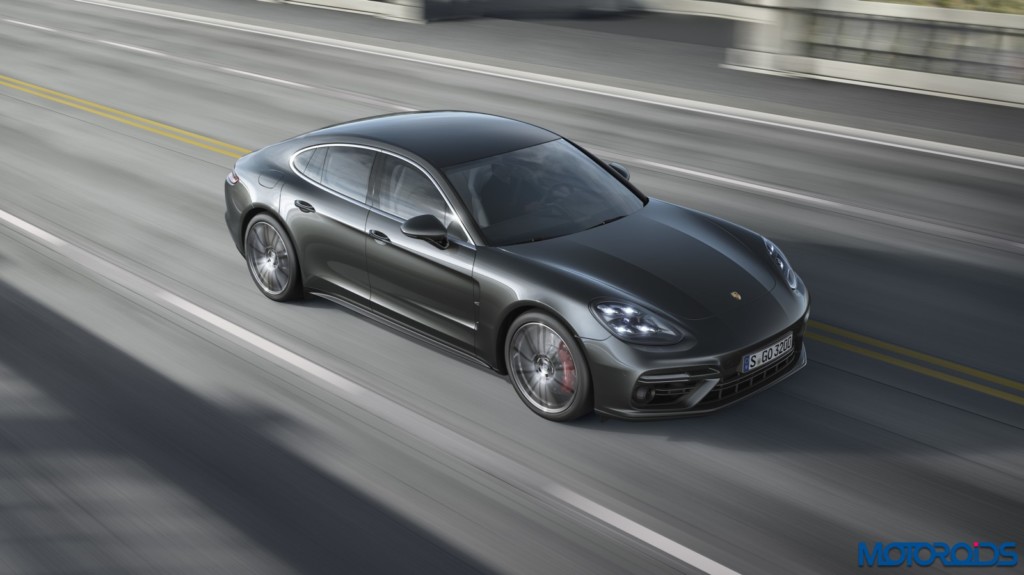 The new Panamera also features rear wheel steering – which is also new and has been adapted from the 918 Spyder and 911 Turbo. Brake performance has also been improved.

Next generation optional assistance systems include a night vision assistant, which uses a thermal imaging camera to detect people and large animals and displays a colour highlighted warning indicator in the cockpit.

The new optional LED matrix headlights can illuminate even people beyond the dipped beam if they are in the computed driving corridor. 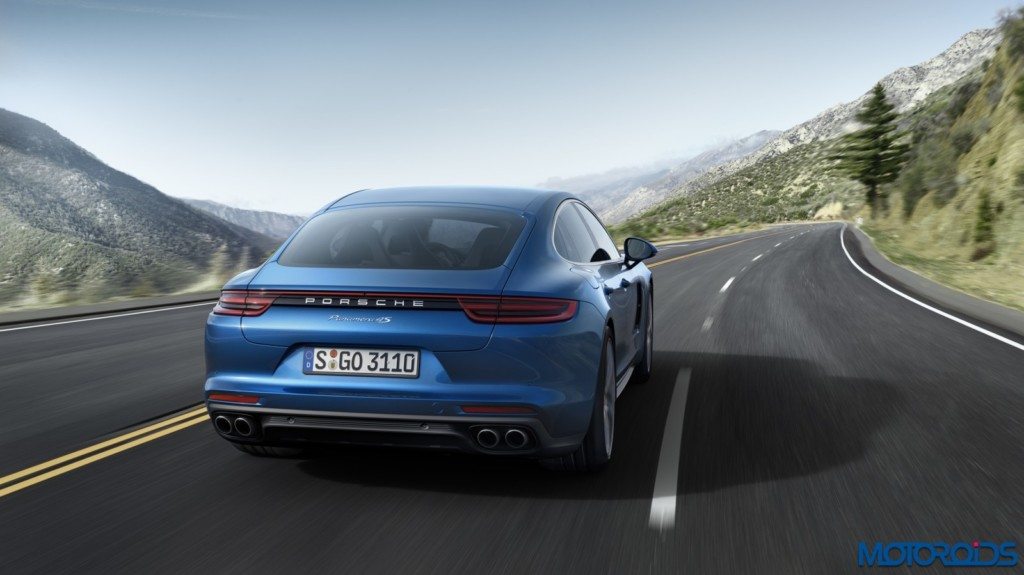 The new Porsche InnoDrive, comprising adaptive cruise control can plan the car’s acceleration and deceleration as well as gears for the next three kilometres. It uses GPS data for the plan, and this electronic co-pilot automatically takes bends, inclines and speed limits into account while doing so.

The new Panamera is coming. (Trailer)

The new Panamera Turbo and Panamera 4S in motion

The design of the new Panamera