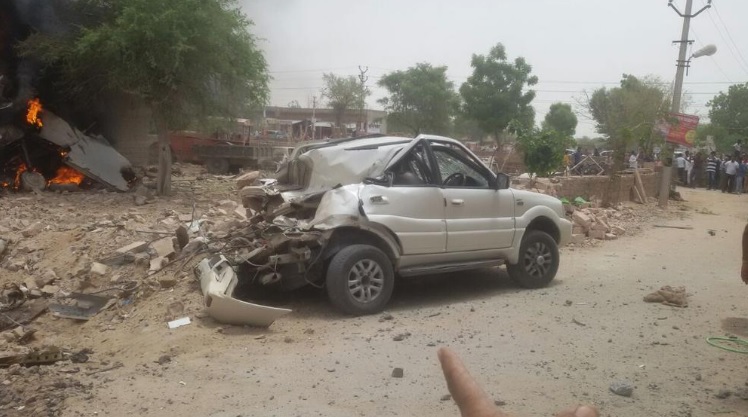 In a bizarre accident, an IAF MiG-27 fighter plane crashed into a stationary Tata Safari and a house in a residential neighbourhood in Jodhpur, Rajastan. Thankfully, the two pilots ejected safely seconds before the crash, and no casualties were reported on the ground as well. However, three people have been reportedly injured in the incident, which happened on the afternoon of 13 June 2016, after the aircraft took off from Jodhpur Air Base on a routine training-flying sortie. 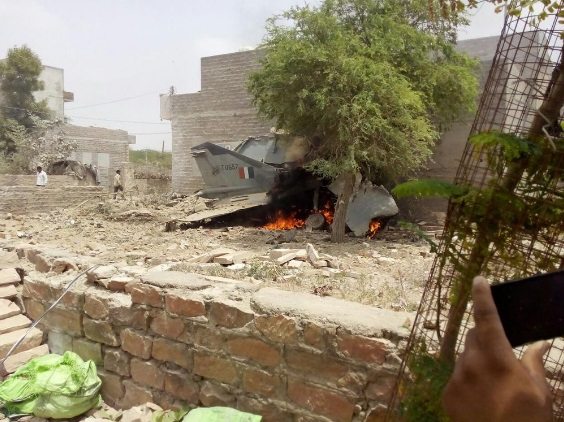 It is being said that the aircraft encountered a technical problem when it was airborne, which caused it to crash land in Jodhpur’s Kuri Bhagtasni housing board area. Post the crash, the mangled remains of the ill-fated aircraft caught fire, but fire fighters reportedly doused the blaze in time. As for the Tata Safari, we must admit that its sturdy structure bore the brunt of the crash rather well; as it refused to topple over and stood its ground in spite of being rear ended by a flying fighter plane. In case you’re wondering, that’s as hardcore as a crash can get.

It is believed that the Indian Air Force will compensate for the damages caused, because apart from the brave SUV, the house was also completely gutted. We might add that the Russian MiG-27, introduced internationally way back in 1975, is getting a bit long in the tooth now, as production ended decades ago.  It currently only remains in service with the Indian, Kazakh and Sri Lankan Air Forces in the ground attack role. All Russian and Ukrainian MiG-27s have been retired, so maybe HAL should follow suit now, as about 12 crashes involving the aircraft have been reported between since 2001.