It was way back in mid 2013 when Nissan informed us that the new 2015 Nissan Murano will hit the markets sometime in 2014. However, back then, it refrained from telling us where the new car would first make an appearance. Now that Detroit and Chicago motor shows have already taken place and manufacturers have already revealed their line ups for the upcoming Geneva motor show, we are left with only New York Auto Show in April and the LA Auto Show in November for the debut of the new 2015 Nissan Murano. We have got to know that the new car will greet us at the NY Auto Show and here is a new speculative rendering of the upcoming model. 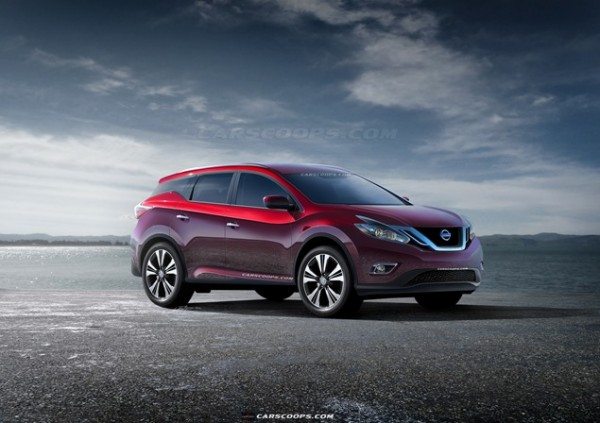 As per  Edmunds, who spoke to Nissan officials about the next Murano, the 2015 Murano’s exterior “is beautifully styled. The dealers were just foaming at the mouth when I showed them pictures.” It is also being said that the same applies to the interiors, as “they almost fell out of their seats, they were so excited. So I am excited by it, encouraged by it. They can’t wait to get it.”

It has also emerged that the carmaker has no plans of coming up with a seven seater model of the new Murano. Talknig about this, Nissan spokesperson Dan Bedore told media that, “three rows in the Rogue as an option and three rows in the Pathfinder for everything. We don’t need another three-row crossover.”  The same can be said for the rather oddly shaped Murano Convertible.