Mercedes-Benz has revealed the new 2015 V-Class. The MPV will go on sale in UK sometime later. The 8-seater V-Class replaces the Viano , and brings back the V-Class moniker. 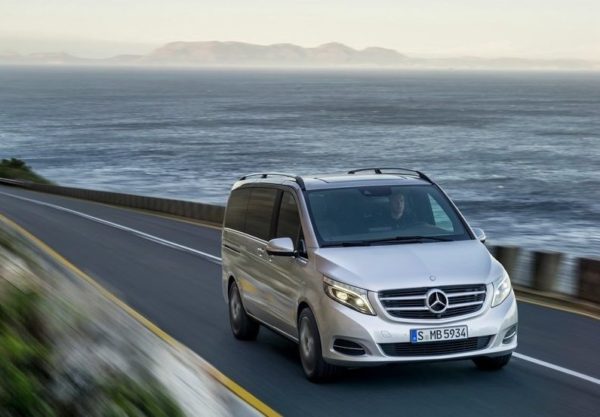 With the V-Class, the German car maker is hoping to fill the gap created by the R-Class, but, with a more premium offering. Mercedes-Benz had discontinued the R-Class following poor sales figures. The new 2015 Mercedes-Benz V-class will be produced at it’s Vitoria factory in Spain.

Speaking about the interiors of the V-Class, the dash board is equipped with matt-finish wooden trims and Nappa leather upholstery, giving the V-Class an upmarket feel. Standard safety kit includes six airbags, and the steering wheel has been lifted from the C-Class. 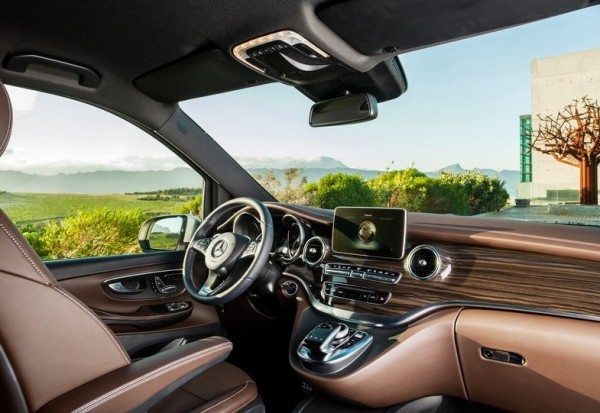 “It was a case of coming up with something completely new rather than upgrading a functional interior,” said Kai Sieber, design boss for Mercedes-Benz vans. “We wanted to give our MPV real passenger car character and appeal.” 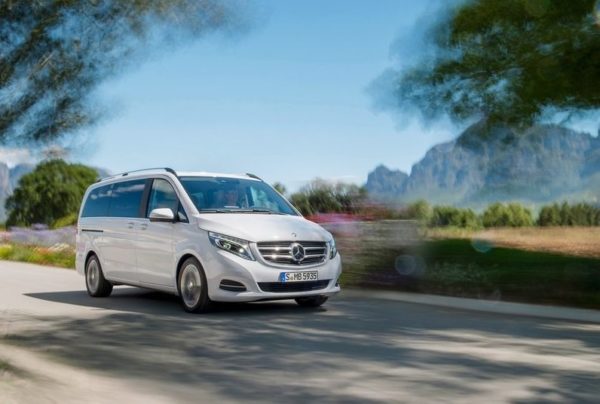 The new luxury MPV from Mercedes will be on sale with a standard 2+2+2 seating layout, providing individual seating for up to six occupants. A 2+3+3 arrangement boosts total seating capacity to eight. Buyers can also spec the V-Class with a luxury sleeper option, in which the rear-most seat folds to form a bed. The front seats are electrically adjustable.

Two engines will be on offer in the UK – a 2.1-litre four-cylinder diesel which produces 161 bhp, and a 2.1-litre BlueTec hybrid which produces 188 bhp. The front-wheel drive platform for the new V-class is derived from the Viano. Around 20 per cent of the pressings are carried over and 10 per cent of the minor components, but all the visual panels are new. The electrical system is taken from new C class, but all the software and sensors have been reprogrammed for the different driving cycle.

The new suspension system features MacPherson struts up front and trailing arms at the rear. The steering is an electro mechanical system and shares its concept with the C-class, albeit with different parts. Standard equipment includes Crosswind Assist and fatigue detecting Attention Assist. Optional systems include park assist, blind spot assist and collision prevention. Official pricing for the V-class is yet to be announced.

Stay tuned to Motoroids for more updates on the new 2015 Mercedes-Benz V-Class.