Only today we reported that the new 2014 Mercedes-Benz S-Class (W222) won’t come with the Magic Body Control system. Now according to a report by ACI, the car will be launched on January 8, 2014, in New Delhi. 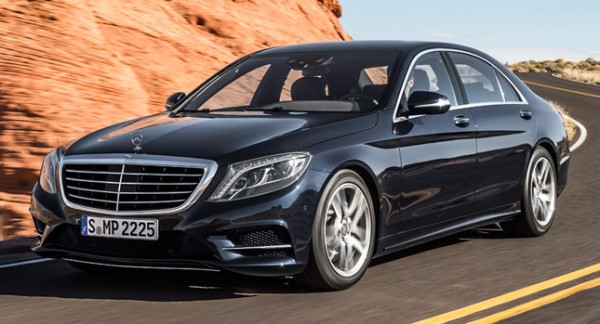 Initially, Mercedes-Benz had intentions to launch the car at the New Delhi Auto Expo in February. But owing to the overflowing bookings and the running out of stocks of the W221 model, the car maker decided for a early launch.

As already reported by us, the 2014 S-Class will be launched in a single variant initially- S500. Powering the S500 will be the twin turbo 4663 cc V8 petrol motor, which will develop 453 BHP and 71..38 kgm of torque. As already known, India will get the S-Class only in the long wheelbase version. The car will come to us via the CBU route and will reportedly have a sticker price of around 1.6 Crore INR for the S500. According to company sources, the S500 has been sold out for the first 3 months.

Mercedes-Benz will launch the S350 CDI in the second half of 2014, amd will be sold via the CKD route. CKD operations will allow the car to be priced significantly cheaper.

The S-Class will come loaded with a lot of safety features, which include next generation set of features such as Active Parking Assist, Active Lane Keeping Assist, Night View Assist Plus, DISTRONIC Plus with Steering Assist, Brake Assist Plus with Cross-Traffic Assist, Pre-Safe Brake with pedestrian recognition etc.
Stay tuned to Motoroids for more dope on the new 2014 Mercedes-Benz S-Class.
Mercedes Benz
,
Mercedes-Benz S-Class
,
News
,
Upcoming Launches
,
Comments
Leave a Reply Cancel reply