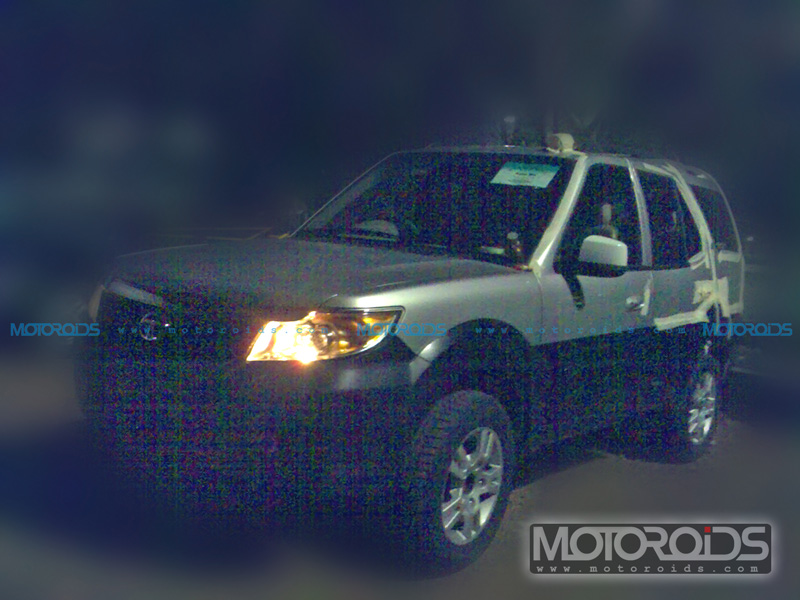 Tata Motors is planning an aggressive FY 2011-12 with five new launches lined up. The Nano diesel, which has, for long been speculated, should be one of the most important of these introductions. Tata Motors, apparently in an official presentation mentioned this list of new products. “Future products in pipeline for FY’12 — Nano variants, Vista refresh, Manza limited edition, New Safari, Aria 2WD”, read the presentation.

The Nano diesel, without doubt is the biggest product of them all. With an expected fuel efficiency figure of 40kmpl, the Nano diesel could very well change the dynamics of this market. This would be one launch that the whole industry will look at with great attention.

The New Safari is another big news. The current generation Safari has been around for longer than it ideally should have been, and the talks of an entirely new version namely Safari Merlin is being readied by the company. Our regular readers would remember that we were the first in the country to bring to you the spy pictures of the new car. The new Safari could be introduced at the Auto Expo, and be launched simultaneously, or shortly thereafter.

The Aria, ever since it was introduced, has been criticized by many for its over ambitiousness. While there is no doubt that it’s a well sorted product, it tries to become too much too soon. To expect a Tata product to go premium overnight, and not even offer a bare basic, affordable version was hoping for too much. Making the Aria available only in 4×4 versions was a mistake, but probably Tata wanted to do it on purpose and see how the customers reacted. Seems like the company is now done testing and has realized that it cannot generate volumes unless it strips down the product and brings the costs down. Thus, a 2WD version of the Aria will soon be introduced. We are quite sure that the company will take other expensive features such as airbags and TC off it a present it as a more affordable people mover – something which can offer some real competition to the Innova, and become something that it was always perceived to be by a majority of customers.

Apart from these products, the company also planning a refresh for the Indica Vista, as it has been around for close to three years now. A Manza limited edition is also on the cards.

2011-12 seems like a promising year ahead for Tata Motors. We wish them all the best